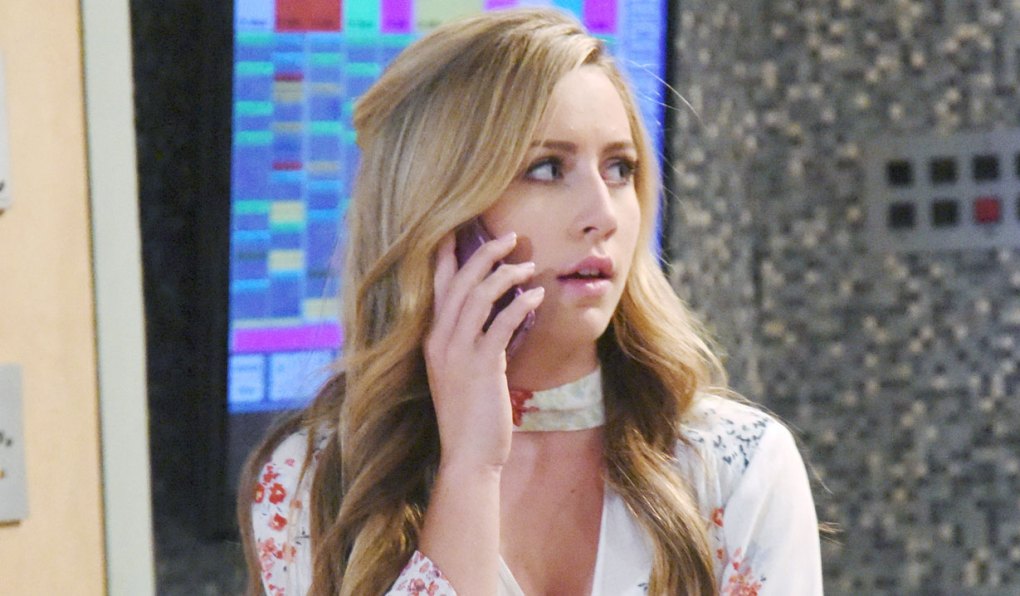 Soaps.com has the latest General Hospital spoilers for the coming week. It’s a mixed bit of emotions as Alexis and Monica face off, someone warns Carly, and Maxie can’t hold back her feelings. And while Ava reveals what she witnessed, Jason is backed into a corner and may be forced to come clean…

General Hospital spoilers for the week of June 4:

In last week’s GH column, Michael finally found his brain in regards to Nelle, and who kidnapped Peter?

Maxie is moved to tears. Mike gets the attention he needs.

Former Days of our Lives actress Molly Burnett will appear as Maxie on General Hospital, due to health issues with Kirsten Storms.

Kim hears a different side of the story.

Lulu struggles against a difference of opinion.

Death notice: General Hospital alum Robert Mandan has passed away and will be remembered for his role in Port Charles, as well as various other daytime and primetime roles.

In Wednesday’s GH recap, Finn has an unhappy reunion with his father, Anna makes a confession to Robin, and Kiki turns to Alexis for help.

Chase and Finn’s father turns up on the scene with Days alum James Read cast on GH as George Chase.

Ava relays what she saw.

Josslyn is on the defense.

Franco takes matters into his own hands.

In Friday’s GH Recap: Jason hesitates on the stand at Carly’s trial, Jordan hires Curtis, Finn comforts Anna, and Alexis deals with her past.

Jason is put on the spot.

Sam comes across an interesting clue.

Nina has had enough.

Nina’s summonsed to the cabin where Peter’s being held.

The kidnapper will be revealed and will make Nina a co-conspirator, which is way more than Nina bargained for.

Curtis and Sam begin the search for Peter.

A few people may ruin Peter’s chance at freedom, even though he has one last card up his sleeve.

Anna is torn regarding Peter’s actions and Robin’s questions.

Carly’s falsified guilty plea might not turn out as planned and will force her and Sonny to remain a united front from afar.

Sam and Curtis team up on a big case that puts her in Drew and Jason’s orbits.

Griffin’s one-night stand with Kiki weighs heavily on him.

Dante and Lulu’s careers put a damper on their marriage.

Though Stella publicly has accepted Jordan and Curtis’ union, privately she has not.

Julian plans to make sure his son’s happiness remains in the face of the adoption.

A turn of events may prevent Nelle from getting what she wants, as Michael will prove to be a big force of power.

Oscar works to support Josslyn during her mother’s troubles.

Look for more of Cameron.