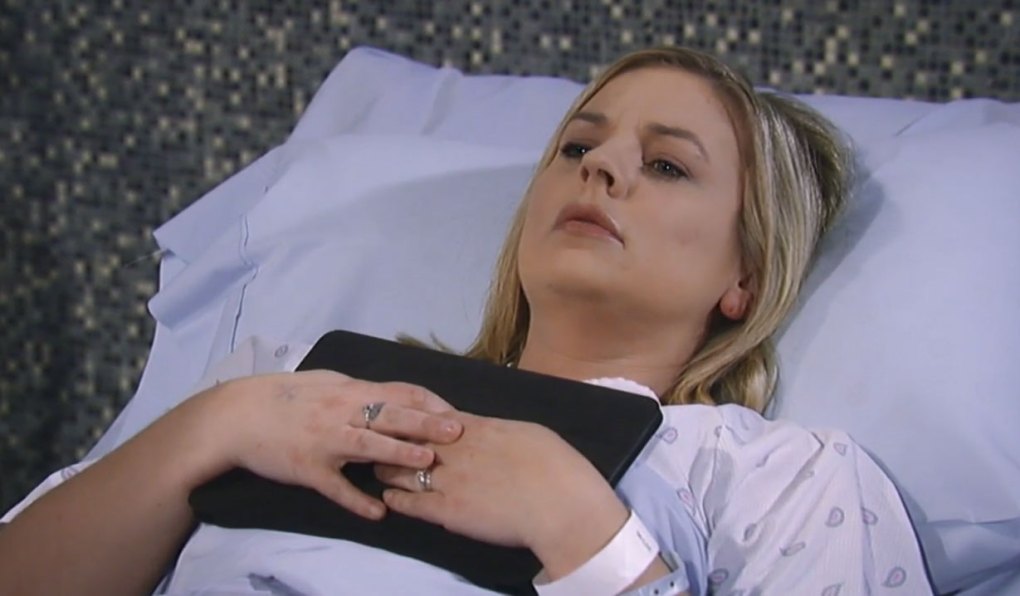 Soaps.com has new General Hospital spoilers, which prove it’s going to be an emotional week ahead in Port Charles. While one person appears apologetic, another is tormented, and when Valentin gets on Lulu’s bad side, Dante takes a stand. Not to mention, Alexis immediately wishes she could take back what she started…

General Hospital spoilers for the week of May 21:

In last week’s GH column, The Nurses’ Ball has been fun, but Nelle winning was the pits, and the couple merry-go-round continues.

In Monday’s GH recap, Anna learns Peter is Henrik, Valentin is confronted by Robert, and the Nurses’ Ball ends. Peter stays by Maxie’s side as she gives birth to a baby boy with Sally Brown cast to play Maxie’s newborn.

Breaking recast! Former Days of our Lives actress Molly Burnett will appear as Maxie on General Hospital, due to health issues with Kirsten Storms.

In Tuesday’s GH recap: Kiki confides in Michael, Ava lashes out at Griffen, news of Peter’s identity spreads, and Anna admits the truth to Jason and Peter that she’s Peter’s mother. In this week’s video teaser, Henrik and Anna come face to face, which sets off an explosive takedown. Plus, Carly doesn’t think Nelle has the means to ruin her.

DVR Alerts! The Hallmark Channel is gearing up for its annual June Weddings movie event, which consists of four new movie premieres including General Hospital alums Ryan Paevey in Marrying Mr. Darcy and Jack Wagner in The Wedding March 4.

Dante has had enough. Nelle gets the support she craves.

Griffin gets more than he bargained for.

Oscar makes a pact with Josslyn. Jon Lindstrom has been cast in The Great Illusion, an upcoming horror movie set to being filming next month.

In Friday’s GH Recap: Maxie names her son, Carly argues with Diane over her plea, Lulu and Maxie make amends, and Peter learns who betrayed him.

Peter has an ace of his sleeve.

Alexis works to get to the root of the problem.

Rudy Giuliani Not Banned From Fox News, Just Not “Relevant”