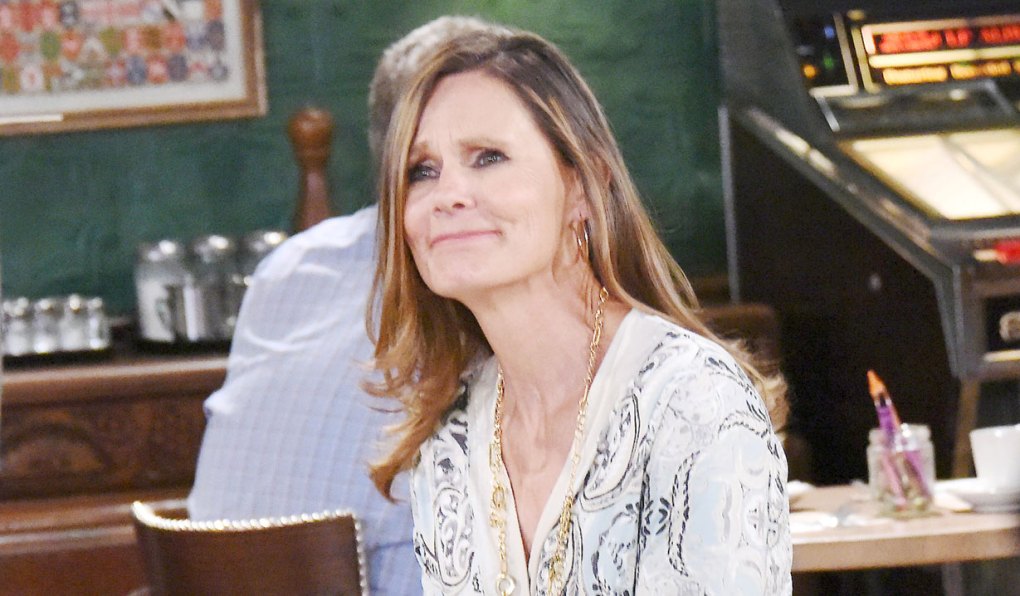 Soaps.com is back, bringing our readers new General Hospital spoilers. This coming week in Port Charles appears to have its highs and lows. While Nelle finds that luck is on her side, things are looking too good for Carly – or for Sonny, who continues to be troubled by his surroundings. And Stella, let’s just say she receives quite the shock..

General Hospital spoilers for the week of May 14:

In last week’s GH column, baby drama seems to be ahead for many expectant parents in town, and a theory on what happened to Sully’s body.

In this week’s Spoiler Digest, threats, disappearances, and deep trouble, we have new spoilers and May Sweeps for all four soaps including Bold and the Beautiful, Days of our Lives, General Hospital and Young and the Restless.

In Monday’s GH recap: Carly is arrested for pushing Nelle downstairs while Valentin reassures Peter, and Sonny comes up empty.

Nelle has a bizarre stroke of luck.

Michael and Dante have a night out. In honor of Mother’s Day, Soaps.com looked at the best and worst soap mothering moments, including storylines surrounding Liz, Heather and Betsy.

Scoops from the Daytime Emmys red carpet include an interview with Eden McCoy. The actress teased extra drama ahead for Josslyn and some of the funniest scenes she’s taped.

Congratulations to T.K. Weaver on his Young Artist Award nominations!

In Tuesday’s GH Recap: Ava gets the upper hand over Nelle, Jason believes Carly’s version of what happened, Sonny fears Carly is having another breakdown, Drew turns to Andre for help, and Valentin fumes over Peter’s latest blunders.

Anna and Griffin catch up. Things do not look good for Carly.

DVR Alerts! The Hallmark Channel is gearing up for its annual June Weddings movie event, which consists of four new movie premieres including General Hospital alums Ryan Paevey in Marrying Mr. Darcy and Jack Wagner in The Wedding March 4.

Daytime fans who watch reality TV are in for a treat since The Bachelor’s Nick Viall will host the 2018 Nurses’ Ball, which is always filled with singing, dancing and dramatic twists and turns.

The soap opera actors looked gorgeous as they made their way down the Daytime Emmys red carpet, photos of Michael Easton (Finn), Steve Burton (Jason) and more.

In Wednesday’s GH recap, the 2018 Nurses’ Ball begins while Robert is captive, Olivia is forced to make a deal, and Mike is determined to go to the big event.

Olivia is in a bind.

Stella looks on the bright side. Get a sneak peak of the 2018 Nurses’ Ball and watch performances from past ones.

The Chew co-host Carla Hall will appear on GH and not only revealed her air date but what it was like to visit the Quartermaine Mansion.

General Hospital actors were among the 2018 Daytime Emmy winners. Get a play by play of the action through Soaps.com’s live Daytime Emmy blog, from the moment stars stepped on the red carpet, to the final winning announcement of the night.

In Thursday’s GH Recap: Curtis proposes to Jordan, residents of Port Charles perform in the ball, Peter learns Anna is still trying to find him, Sam snoops in Peter’s office, and Finn suspects Anna is dying.

Dante gets one over on Chase.

Curtis’ nerves get the best of him.

Sam stumbles upon an important clue.

Watch a backstage video interview with Chloe Lanier (Nelle) to hear who the actress sent a special thanks to after her Daytime Emmy win.

In Friday’s GH recap, Maxie goes into labor, Sam and Jason figure out Peter is Henrik, Robert returns with a vengeance, and Finn and Alexis part ways.

The Nurses’ Ball will again be filled with dancing and singing.

The birth of a baby is upon Port Charles.

A life-threatening situation will consume one.

Various storylines come to a head.

A few profess their feelings.

Drew continues to search for details from his past, and Andre could prove to be of service.

To ensure she comes out on top, Nelle produces one more weapon in her quest to get Carly out of the picture.

Liz and Franco try to set a wedding date.

One pair emerges from the Anna/Finn/Alexis/Julian/Kim group, while others use their past to decide who to connect with and on what level.

Anna, Maxie and Jason are affected when Henrik is revealed to be Peter. This revelation comes back to bite Griffin, who’s been harboring the secret.

Nina gets shaken up.

Diane fears for her client.

Alexis works to get to the root of the problem.

A request made by Diane is denied.

Keep an eye out for Herbert Russell on General Hospital, as the actor just booked a role on the ABC soap.

ABC reporter George Pennacchio returns for the red carpet at The Nurses’ Ball.

It looks as though Robin may turn up for this year’s Nurses’ Ball since Kimberly McCullough is back at the ABC Studios and had some fun sharing a photo of one of her General Hospital co-stars.