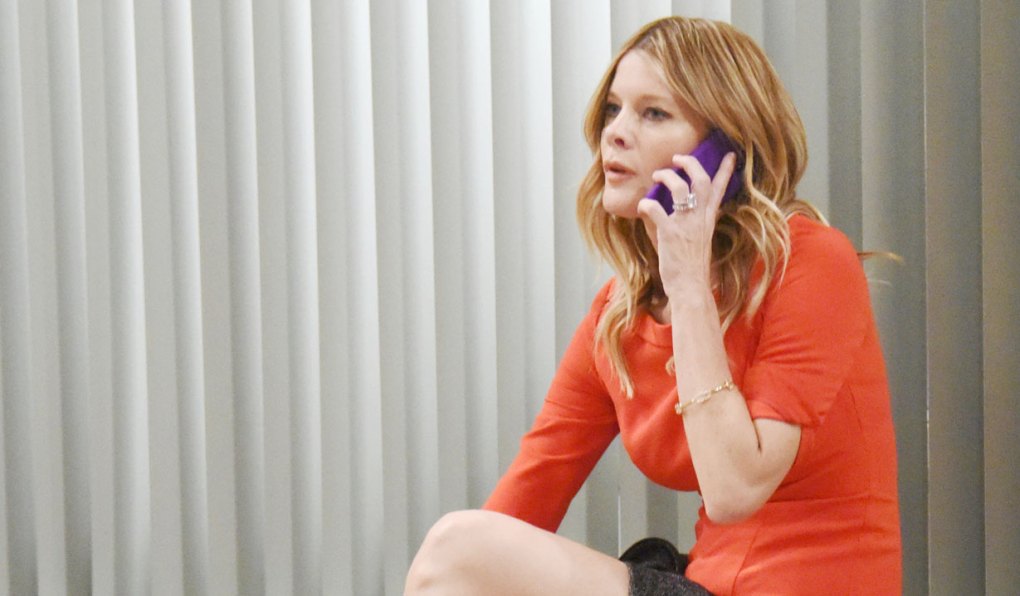 It’s Friday, which means a new batch of General Hospital spoilers. This week is all about emotion… While Carly has no choice but to come clean, Liz worries, Lulu says, “I’m sorry,” and things turn worse for Mike. Something really needs to give in Port Charles… At least Josslyn is choosing to remain hopeful about a situation.

In last week’s GH column, Mike’s storyline is the best on the show right now, several stories seem stalled, and a break from the Jason, Sam and Drew drama.

In this week’s Spoiler Digest, surprises, suspicions and sudden kidnappings, we have spoilers for all four soaps including Bold and the Beautiful, Days of our Lives, General Hospital and Young and the Restless.

Carly is forced to come clean.

Drew takes matters into his own hands.

In today’s spoiler video Carly is paralyzed by fear due to all of the strange happenings that pinpoint to Morgan. However, when Sonny appears to doubt her, Carly becomes even more frantic.

Real life couple Wes Ramsey and Laura Wright will appear on The Kitchen on Food Network.

In Tuesday’s GH Recap: Jim Harvey dies, Maxie fumes over Henrik’s book, Anna and Jason go over clues to Henrik, and Carly is sure someone is sending her a message.

Drew is not ready.

Sonny pushes for a professional opinion.

Spoiler video! Lulu agrees to Valentin’s offer, which could spell trouble, while Maxie confronts Peter about a secret – and Finn confronts Anna as well.

Vote before the polls are closed! Soaps.com readers have the final say on who wins in our 12th Annual Sudzies Awards. Please vote your favorite soaps/actors and share them on social media so your friends can vote as well.

In Wednesday’s GH recap, Franco talks sexual abuse survival with Kevin, and decides to go home with Liz, while Maxie and Nina make up, and Nina learns Curtis got some dirt on Peter.

Anna has an idea.

Peter has plans of his own.

Nina looks to Curtis for answers.

In today’s video teaser, Anna receives news about Henrik from Jason, and Nina hears some as well from Maxie. As the dust settles surrounding Jim Harvey’s death, Liz relays news that should help Franco, as Kevin does the same to another person affected by the man.

Photos and videos! GH stars celebrated National Siblings Day along with other soap actors by posting sweet snapshots of themselves with their siblings, their children, their pets, as well as some cute and funny pictures of them with their onscreen siblings.

Play soap trivia! Do you know when the first soaps broadcast on the radio? Who Jason Morgan’s sister was on General Hospital? Test your soap knowledge with Soaps.com’s Soaps History Trivia game, which includes fun details from past soaps as well.

In Thursday’s GH Recap: Nelle continues with her plan for Carly, Nina gets intriguing information on Peter, Lulu gets a lead on Henrik, and Sonny enlists Max’s help.

Sonny worries his past will come back to haunt him.

Nelle gets the support she needs.

Spoiler video, Griffin plans to destroy Peter’s DNA results, while Nina anxiously awaits news from Curtis. And during all of the madness surrounding Peter’s identity, Maxie bonds with Michael.

It’s a good thing Brooklyn Rae Silzer is returning to General Hospital because Anna sure could use a visit from her granddaughter Emma to take her mind off of all of the drama surrounding Henrik.

Take a look at the adorable Soaps stars’ National Pet Day photos shared on social media in honor of their beloved furry friends.

In Friday’s GH Recap: Robert surprises Anna in Switzerland, Carly talks to Griffin, Mike takes off with Avery, and Sonny is given advice from Stella.

Teaser video, this can’t be good… Mike suggests he and Avery hit the road, as Stella gives Sonny some much needed advice. On another note, Jason and Anna have their work cut out for them when trying to investigate within the law.

Robert Scorpio will be back on the canvas when Tristan Rogers returns to GH. Anna receives a visit from Robert Scorpio, who wants to help on her quest to find Henrik.

Robert, Anna and Emma go on a super-spy adventure in Switzerland.

Jason runs into Sam in Switzerland.

Spinelli ends up in jail, which pushes Jason and Sam together to help their friend.