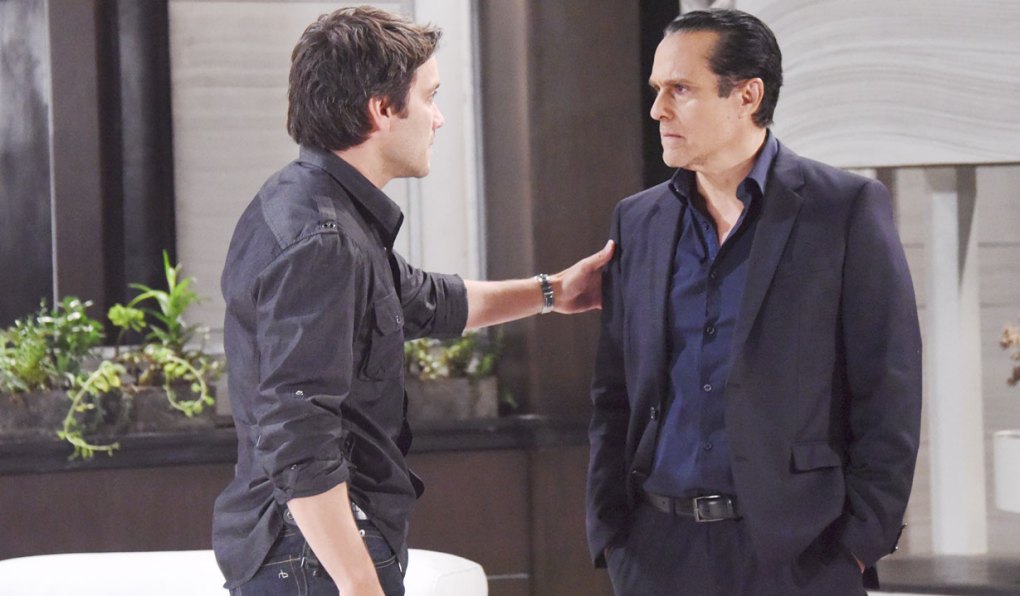 Finn gives Hayden an answer to her marriage proposal

Carly is forced to wait.

Nina is on the defense.

More: Soap alum Peter Porte in Hallmark’s Love at the Shore this weekend

GH Recap: Trapped in a pit, Sonny is visited by the ghost of Stone Cates

Carly lashes out at Jordan.

Sonny has a choice to make.

Hayden is confronted by her past

GH Recap: Sam stirs awake but has no memory of the past day

GH Recap: Michael makes a discovery as the distillery is set for demolition

Valentin deals with an intruder.

Jason tries to get the truth.

Ava gets a proposal that could change her fate.

Laura has a plan.

Kristina and a past love reconnect.

Dante inches toward the truth and looks for a resolution.