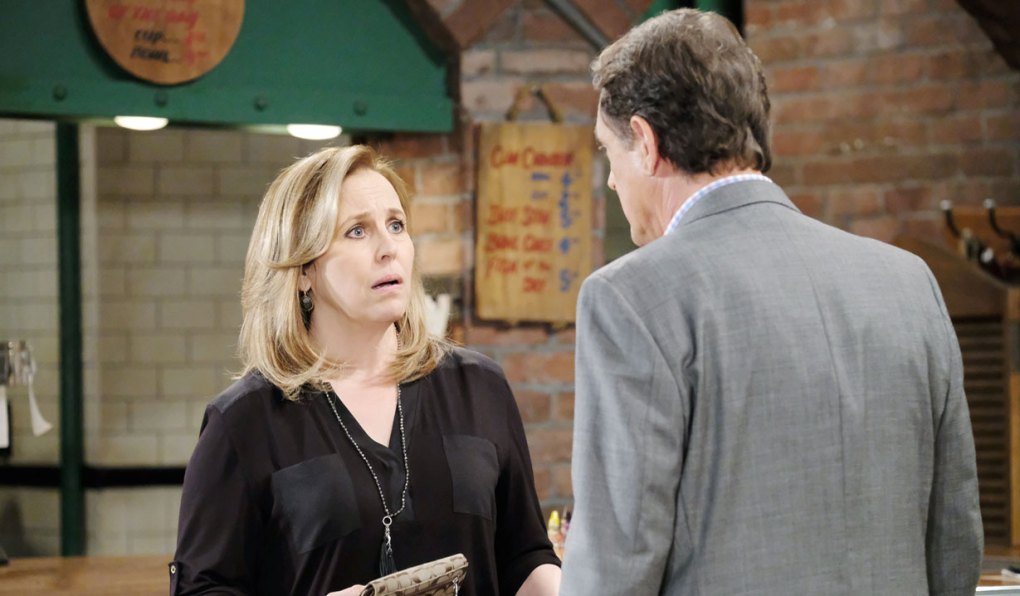 Deconstructing GH: Returns with a heavy dash of foreshadowing

Sam is forced to comply.

GH Recap: Ava’s bandages are removed and she faces her burns

Ava is a wreck.

Curtis learns what it means to make a true sacrifice.

Nina has a decision to make.

Laura turns to Kevin for help.

Finn and Hayden look to the future.

GH Recap: Evidence stacks up against Valentin in Spencer’s kidnapping

Sonny is pulled in opposite directions.

GH Recap: Laura takes matters into her own hands to get Spencer back

Sam makes a beeline for Julian.

Jason promises to do what he can.

Sam feels the need to get rid of Sonny for the sake of her family.

Jason forces Sam to get help after learning her diagnosis.

After Sonny receives a tip on Spencer’s whereabouts, he finds himself in dangerous territory.

Nathan keeps his Man Landers involvement a secret from Maxie.

Time begins to run out for Sonny.

Hayden’s happiness is at risk, due to a secret from her past.

Ava receives an offer from Valentin.

Jason continues to worry about Sam.

Laura confronts Spencer in regards to his behavior.

Alexis makes a beeline to the hospital.

Garvey is pleased with his actions.

Olivia Jerome continues to have an effect on Port Charles.