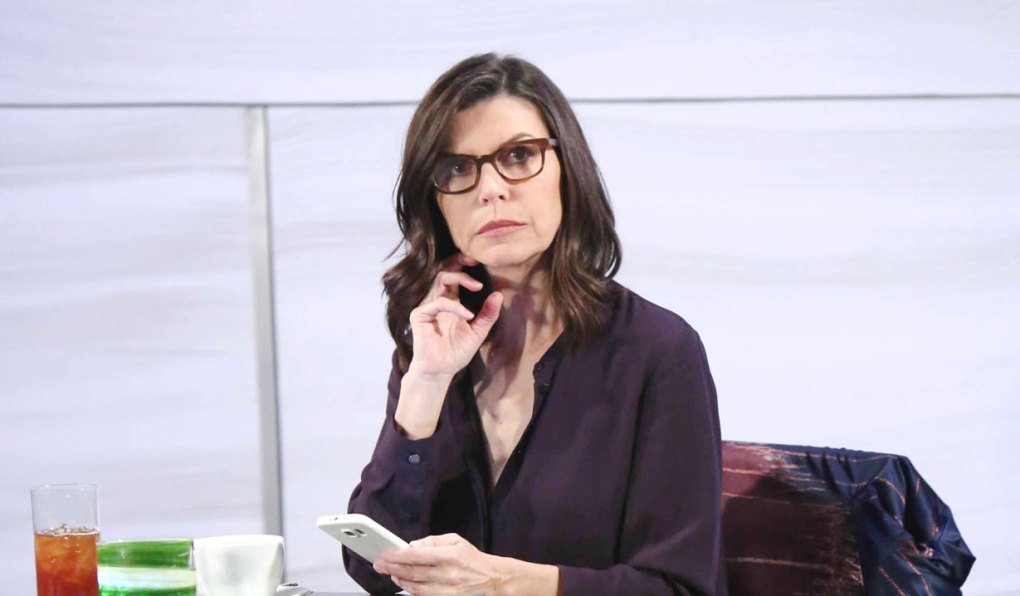 In Friday’s GH Blog Dustin ponders the secrets of Helena’s will. Check out the blog to find out what couple was boring him, and which pairing he was worried about.

Read Monday’s GH Recap: Tracy gets her biopsy results, Olivia gets her day in court.

Nina sets the wheels in motion to flush out Crimson’s saboteur.

Monica tracks down info in hopes of helping Tracy.

Curtis and Valerie find themselves in the Winner’s Circle.

Tracy gets some encouraging news.

Liz believes she has a way to unlock Jake’s memory of his missing years.

Sam and Jason opt for a fresh start in an unusual way.

Nina continues her quest to start a family.

Liz does a little snooping.

Laura learns the origin of the key Helena left her.

Obrecht is overruled by her colleagues.

Sonny and Griffin bond over a shared connection.

Paul makes a move to cover his tracks.

Kristina struggles with her feelings for her professor.