Nathan questions Silas about his business in New York.

In Friday’s blog, Dustin felt it was high time Jake caught a break. Read the GH Rant and find out what he also thought about Morgan and Kiki getting busted for drugging Michael.

Morgan and Kiki arrive home to a surprise visitor.

Sonny and Carly make an offer to Michael.

Ned updates Michael on the status of ELQ.

Carly has a big revelation.

Ric shares a secret with Molly.

Ric tells Elizabeth he is planning a surprise.

The Nurses' Ball begins with the red carpet arrivals.

Someone proposes at the ball.

"GH" is live May 15 and 18. Chad Duell will not be seen in these episodes as he told Soaps.com backstage at the 42nd Daytime Emmys.

One of the biggest things that the Nurses' Ball centers around is Jake. Carly and Spin are close to figuring out Ric is behind this.

Duke decides Jordan has got to go.

Julian and Carlos and the gang decide that Duke's got to go.

Blood will be spilled.

Ned and Olivia are poised to leave in May.

Someone else finds out Julian's Olivia's baby daddy. This will come to a head at the ball.

Something will happen in May to ramp up Sonny's dislike of Jake.

With the mob war escalating, Julian and Alexis' relationship will be tested in May.

Lulu senses the neediness in Valerie and doesn't like it - she has concerns because Dante's close to Valerie.

Nathan attends the ball with Ellie and Maxie attends with Spin and there are partner switches during the dancing. "You'll have to see how it all shakes out," the head writer teases.

Franco questions if Nina could be the person who really took Avery, which causes a rift between them.

Tracy is hopeful that Luke will be the same old Luke once he's discharged from the hospital. 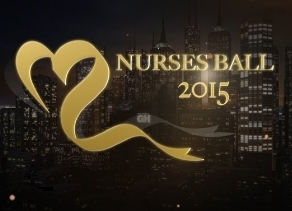