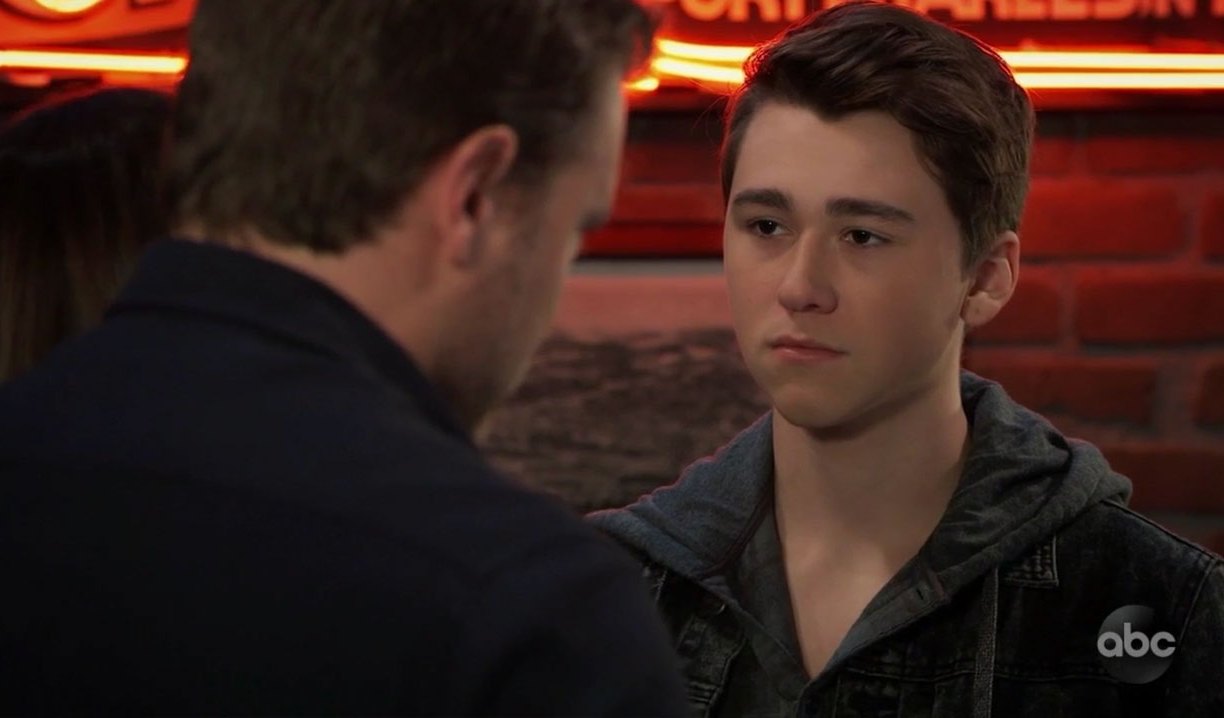 There are a lot of people in Port Charles feeling sorry for themselves lately. While many have good reason to, watching them sulk and be depressed doesn’t make for thrilling TV. Ryan on the other hand is upping his game and finally getting interesting.

Kim and Drew were stunned to learn Alexis had taken Oscar on as a client to fight for his emancipation to control his own health. As I ranted in last week’s Deconstructing GH, the adults have been the best part of Oscar’s storyline. Drew leaning on Sam, Jason checking on Monica, now Alexis getting another meaty case and having Diane as the opposing counsel, these bits are far more interesting than watching Oscar’s continued pity party. Yes, he gets to have a pity party because he’s got a fatal disease. Well, as fatal as a brain tumor can be on a soap. But watching him go to all these lengths to end things with Joss and keep her from knowing about his tumor has been boring. If he’s going to court, how long can he keep his illness a secret? It doesn’t help that Joss and Cam’s relationship seems effortless, and is fun and cute. There is a chemistry there that isn’t present between Joss and Oscar. It’s playing against this ill-fated teen romance that the writers have scripted.

Joss and Cam are way more likable together and have way more chemistry, which is not helping this Oscar and Joss ill fated cancer romance storyline #GH

Tis funny. I was thinking that Cam and Oscar have chemistry lol.

I really was enjoying the original mayoral race between Laura and Ned, before GH dropped Genie Francis and the storyline went to hell. Now we are looking at round two, thanks to Ryan pushing Laura to run to keep her out of his hair. I hated how dirty Ned’s campaign was towards Alexis and would love to see Laura take him down, but at the same time, every commercial break bombards me with political ads right now. The last thing I want to watch is more dirty politics on my soaps!

Gh should be an escape from this horrible world

Oscar isn’t the only one in town constantly throwing a pity party, Kristina is an expert at it. A call to Parker put her in a poor mood when she realized her ex is moving on and happy. This led to day drinking and the most fun Kristina has been in a long time. Her egging on of Sam to stop wasting time and jump Jason’s hunky bones was hilarious. We need to see more of this fun and edgy side of Kristina, and less of the “poor me” side. Hopefully Daisy, who asked her out, can bring out the fun in her.

Sasha’s bonding with Kiki, and suggesting they should go out and find some fun and trouble, was a cute scene. They should probably take Kristina with them. However Ava couldn’t help but notice Sasha eyeing up Griffin, and the wheels are turning. I’ve enjoyed Ava’s interactions with Ryan, but watching her scheme to destroy Kiki and Griffin isn’t doing much for me. I find myself not invested in Kiki and Griffin, especially since it’s just another redo of the Morgan drama between Kiki and Ava. One thing is for sure, Sasha’s presence has Nina feeling very forgiving towards Valentin lately. Valentin seems more involved in this than simply finding Sasha, and I wouldn’t be shocked if he rigged the DNA tests somehow.

Dreaming of a bloody Halloween

Ryan’s storyline is slowly building, and his fantasy of murdering Laura was the most exciting scene of the week. Of course, it was obvious it was a dream from the get go, but we finally got to see Jon Lindstrom acting out Ryan’s murderous nature. With Carly questioning the poor patient trapped in Ferncliff tapping out SOS, and noting Ryan also tapping Morse Code on a table, this story finally seems to be going somewhere. Laura and Carly headed to Ferncliff for answers, only to run into that awful Mary Pat. I’m glad they brought her back because she knew Ryan was in Ferncliff, and that unresolved issue always bothered me. I’m expecting her to be first on Ryan’s new murder list. Daisy and Sasha are my guesses for some of his other new victims. Both are relatively new and expendable, especially if Sasha isn’t Nina’s real daughter.

Sam and Spinelli went undercover as insurance agents to find more information on Jeanette Marino, which led to more proof that she and Scully were carrying on an affair. However let’s talk about Sam’s outfit. Why does it seem when any soap character goes undercover they end up wearing the most ridiculous disguise. That red dress with the black bow that was bigger than her head was laughable! It screamed “look at me I’m hiding something!”

These are only my thoughts on the week. Please comment with your own, whether you agree or not. 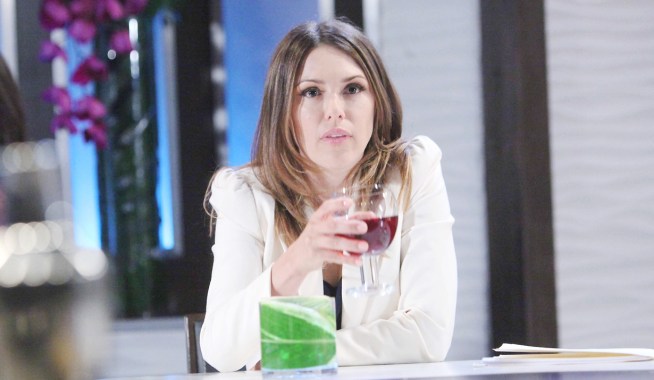 Deconstructing GH: Why I'm Enjoying the Return of Ryan Chamberlain 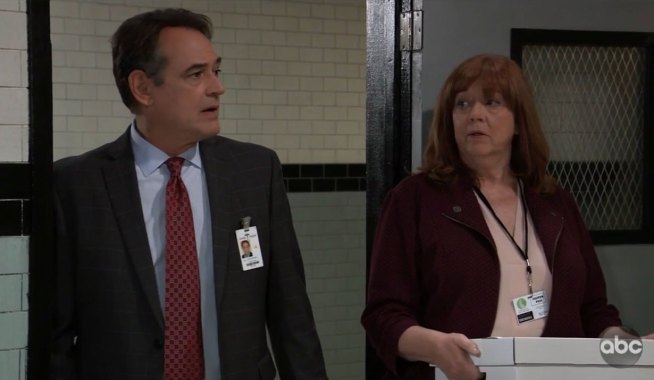