Deconstructing GH: Several Characters Return, but Do They Serve a Purpose? 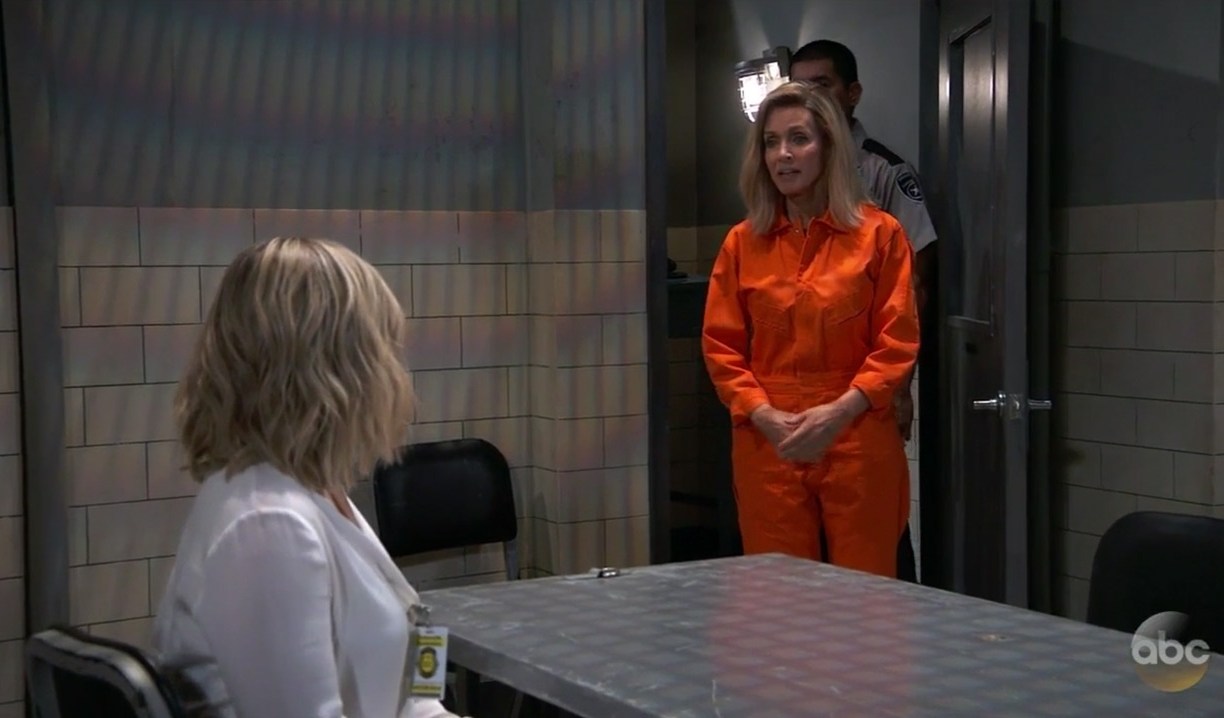 There were a few surprises in Port Charles this week, with the outcome of Kiki’s trial being one. Kristina returned to town, and there was another return that was surprising, but also baffling. By Friday Madeline was also back, and the call we knew would come was made about baby Wiley.

Surprised, but disappointed.
The mystery patient Finn is being forced to treat was revealed, shockingly in record time rather than be dragged out for weeks, and is none other than crazy Cassandra Pierce. The reveal took me by surprise, but after the shock wore off I was left disappointed it wasn’t someone bigger. Also, Cassandra’s character pretty much ran her course and it’s baffling as to why she is needed on the canvas again. I was hoping in last week’s Deconstructing GH Victor Cassadine might be involved in this storyline. Fortunately, Anna got the kidnappers to reveal the person pulling the strings is a man, so maybe there is still hope. After all, bringing people back from near-fatal medical situations is right up his alley.

YAY!!!!!!! Now there is a twist that I never saw coming. I thought for sure that she was dead.

Surprised and delighted.
The outcome of Kiki’s trial was a huge shock given Ava tried to derail it by forcing Scott to expose Kiki and Griffin’s one-night stand. After just seeing justice served with Nelle, it was surprising to see another win so soon for the good guys. Given Bensch has gotten away with so much already I was prepared for him to come out the victor in this trial. The writers did the right thing in allowing Kiki to win the case, though her and Griffin’s secret is now destroying their lives thanks to a spurned Ava. Bensch still has yet to be made to pay with anything but his pocketbook, and Kiki better watch her back along with Scott, Griffin and everyone else Bensch feels has wronged him. James DePaiva played slimy well, so it’s doubtful we’ve seen the end of him.

Bad to the bone.
While I was looking forward to Ava tearing apart Griffin, I am disappointed she’s decided to abandon her growth at being a better person and has resorted to her old ways of alienating everyone around her by lashing out them. While she didn’t grow all that much seeing she was in league with Nelle, though not always by choice, she was slowly making some strides. It’s even more disappointing that this is all over Griffin, who isn’t worth anyone blowing up their life over. However, the fight between Kiki and Ava was incredibly acted, and I don’t doubt both actresses will receive Emmy nominations for this storyline.

Kristina’ return.
Kristina’s return to the canvas actually made sense seeing what Michael, Grandpa Mike and step-mom Carly have been going through in her absence. She needed to come home for her family. Of course, she also is having issues with Parker, which isn’t surprising since she just up and ran off with her when their relationship was just getting started. Now she’s back and lost, in more ways than one. Kristina seems to just be perpetually lost and without a purpose. She’ll likely be the only child Sonny lets into his business just to give her direction.

The Margaux mystery deepens.
Last week I ranted that Margaux needed to get on with her plan because her character was annoying me what with this vendetta she has to take down Sonny and holding Drew’s memories hostage. However, a few morsels were dropped indicating there is more to her than what’s on the surface. Kim seems to feel they know one another, which I suspect means she does have a past connection to Drew Cain, and even Jason realizes there is more than her wanting to just take down the local mob boss. I joked on Twitter that she could be the dead body in the basement’s kid or even Sonny’s long-lost daughter. Another reader suggested she’s related to Charlie somehow. Margaux got a tiny bit more interesting this week, but something about her still irritates me like a buzzing gnat. Drew telling Margaux he wouldn’t help her, and looking at her like she was insane after she planted a kiss on him, were both great scenes. Even though he distanced himself from Sonny, it’s nice to see he won’t turn on him or Jason because it will hurt too many people.

What are the chances she’s the daughter of the man who Sonny murdered and buried in Crotin or she’s Charlie’s daughter?

The return of Madeline.
Madeline’s return made perfect sense and the stage was set from the moment Nina railed at her mother for killing her child and preventing her from have others. Viewers have long believed Madeline gave Nina and Silas’ child away, and it very well could be Kiki. With Kiki and Ava on the outs, and Valentin needing a way to win back Nina, this storyline may finally play out.

Something about that baby.
Friday’s cliffhanger was another one we all saw coming, that Wiley’s birth mom wants her child back. However, it was nice to see Julian actually notice Wiley looked different, though no one thought anything of Mike pointing out the baby looked like Carly because they thought it was just his Alzheimer’s. As annoyed as I still am with yet another baby switch storyline, the twists in this one make it interesting, but heartbreaking at the same time. Hopefully, it’s not dragged out too long before the truth comes out. I’m shocked Michael hasn’t felt any connection to the child though, nor that Sonny didn’t notice a resemblance in Wiley.

These are only my opinions on the week’s shows. Please leave your own in the comments. 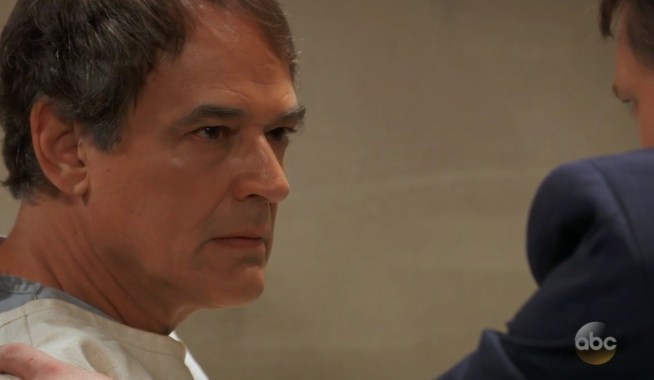 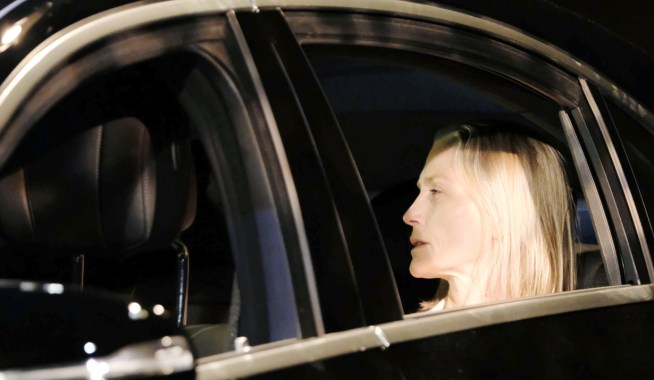