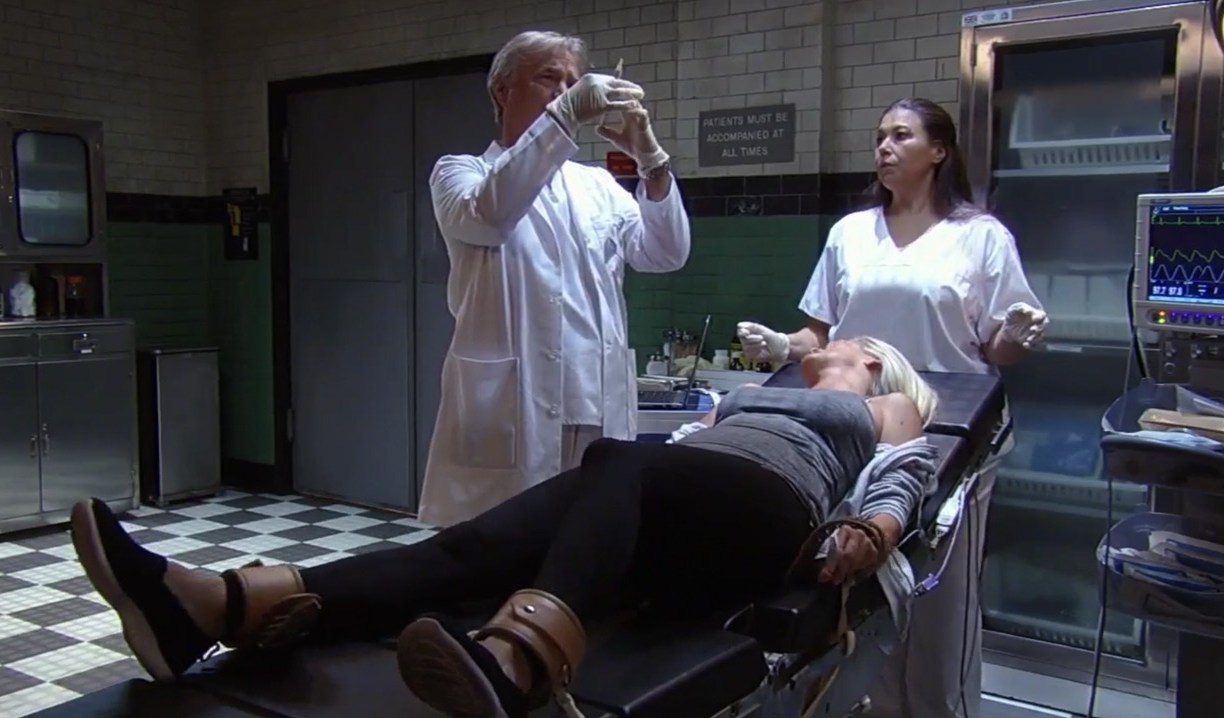 The week started off slow, with Joss and Oscar’s teen problems taking up time early on. But by Friday the excitement was in full force with Michael’s trap being set and Carly in extreme danger in Ferncliff.

Always read hotel reviews!
So the PCPD, Robert, and Sam and Curtis all searched Peter’s room, and at some point, housekeeping had to have come through. Yet no one found the envelope Peter left for Drew that DA Margaux Dawson had no problem locating. We’ve always known the PCPD is terrible at their jobs, but now we know the Metro Court rooms are not as clean as one might think. I asked viewers on Twitter what they thought Margaux, who easily located the missing flash drive, was up to. I would like Margaux to be someone from Drew’s past sent to make sure he doesn’t recover his memory, knowing there is something classified buried in there. It’s high time Drew got his memories back, and a juicy secret from his past would make a great storyline. Of course, the more likely scenario is Margaux is going to use this to blackmail Drew into giving up the goods on Sonny thanks to him having all of Jason’s memories. All roads usually lead to Sonny.

We all know if it is about Sonny. He will worm his way out as always

Maybe Margaux is the friend Kim talked about when she knew Drew back in the day?

One note Nelle.
Nelle played right into Michael and Chase’s trap, and it was amazing to see her finally spill almost everything to Michael. She admitted to rigging the car, we finally know she killed Zack, but she wasn’t able to admit to pushing Carly because an oncoming car led to Michael swerving his car on Friday’s episode. It was an amazing cliffhanger, and Monday can’t come soon enough so we can find out what happened to them. Sadly Nelle’s talk with Joss earlier in the week, who was having problems with Oscar, showed a caring side to her. Unfortunately, it came too little too late. Plus, once she admitted she killed Zack, it became hard to feel sympathy towards her because she’s always lying. Chase put it best, she couldn’t overcome becoming so filled with hate over all the bad things that happened to her in life.

Predictable Peter.
I pondered in last week’s Deconstructing GH, Peter would not turn Obrecht and Nina in. I was half right in that he didn’t turn in Nina, though Obrecht got herself caught and it looks like she’s headed to prison unless a miracle occurs. Both Maxie and Finn gave great speeches to Peter to basically suck it up and stop blaming his actions on his rotten childhood. It’s a lesson Nelle never learned, and now we wait to see if Peter will take a different path. He already threatened to pay back Valentin for his betrayal, so we will see if he becomes another one-note-Nelle consumed with revenge.

Patrick’s Robin.
Jason and Sam’s boxing session with Danny was cute, and Sam trying to fill Jason in on what she’d been up to the five years he was gone was hilarious. Jason was floored that Sam found comfort with Robin’s Patrick, which he wished someone would have told him about. Maybe if he asked what happened since he was gone he’d know! Instead, he jumped right back into being obsessed with Carly and Sonny’s drama and only knows what’s been going on in their world. It’s time for Jason to expand beyond the walls of the Corinthos compound.

Carly and her treatment.
Carly is a character who I’m often annoyed with because she’s always in everyone else’s business and I find her to often be a huge hypocrite. As much as I like seeing her get what’s coming to her at times, it is way too much watching her go through unneeded ECT and these druggings. Nobody deserves that. Well, maybe Nelle, and Mary Pat. We at least have gotten back to the storyline of her mysterious neighbor. Carly passed Mr. SOS in the halls, and it looked like he may be Kevin, though Carly had been hallucinating earlier and also saw Nelle. Most viewers have assumed it’s Kevin in the cell and his not-dead evil twin brother Ryan has taken his place. Friday saw Jason using Franco’s job as an art therapist at Ferncliff to gain access and attempt to save Carly. Jason went a lot nicer on Mary Pat than I thought he would, only locking her in a cell, while Franco pondered whether to stick around or split on Jason. Hopefully, he sticks around and doesn’t let Liz down, who has tried to convince Jason that Franco has changed.

GH Too.
The episode where Alexis brought Kim, Ava, Olivia and Jordan together to give Kiki encouragement and know she wasn’t alone was very powerful. Watching Bench go down for what he’s done has taken a back seat to all the other storylines and I’d like to see it front and center again. Though it’s obvious Kiki isn’t going to win her case easily what with that secret still lurking that she had sex with Griffin. When that blows up, and it comes out Griffin knew about Peter long before others, he might want to think about booking the first ticket out of Port Charles. Poor Griffin has been written into a deep dark hole.

The Brucas baby.
Brad and Lucas’ son arrived, though Lucas was in surgery and did not meet him before Brad decided to take him home. The number of times they’ve both worried something could go wrong has been like a flashing red danger sign. I’m waiting for that something to go wrong, but hoping it doesn’t.

As always these are just my opinions. Please leave your own in the comments. 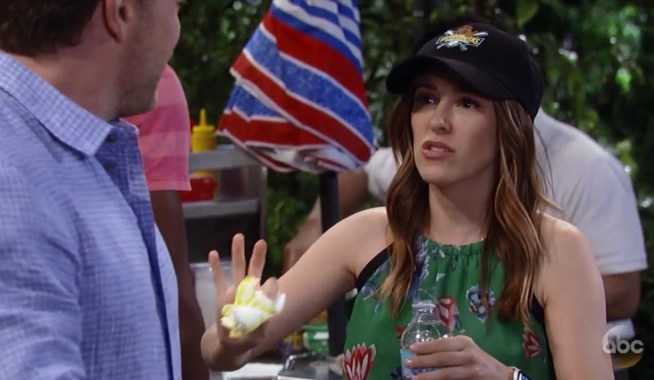 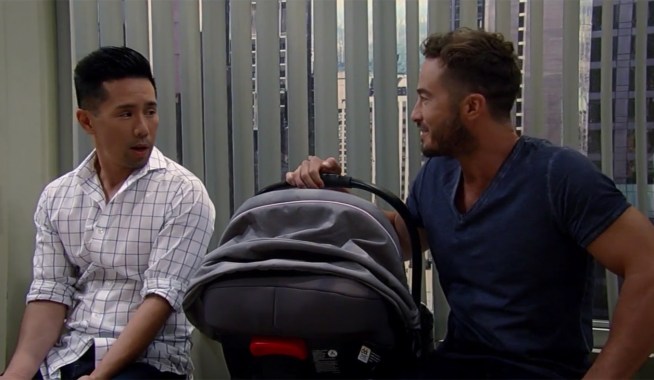