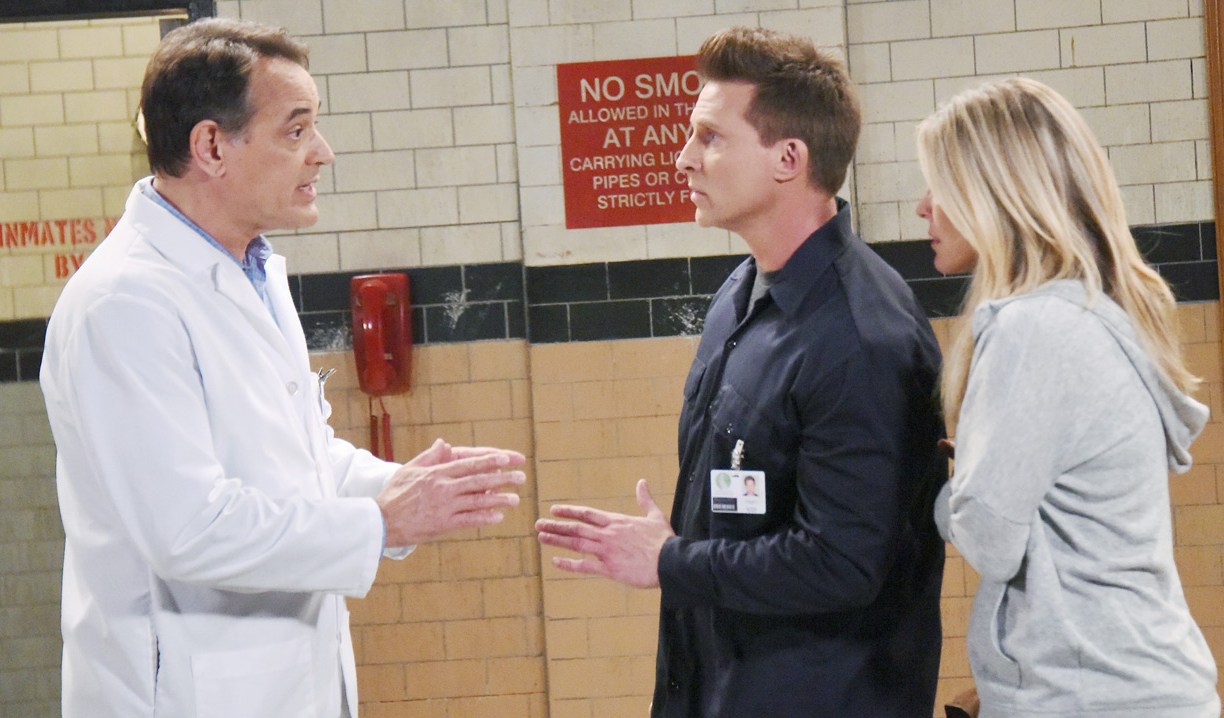 A lot went down in Port Charles this week, with one intriguing mystery getting viewers talking. Things don’t look good for Kiki’s trial, Michael is playing with fire, Liz got a blast from the past, and Dante said goodbye as he left town.

S.O.S. means help!
The fact that Carly needed to download a morse code app to figure out the mystery patient in the room next to her was tapping out S.O.S. on the wall was laughable. Most people don’t know morse code, but I feel certain they know the signal for S.O.S. Unless, they live under a rock in the woods, which Carly doesn’t.

So who is the mystery patient? I polled viewers on Twitter and it was split between Morgan and Kevin, with Morgan having a slight edge. I mentioned in last week’s Deconstructing GH, Kevin’s identical twin, Ryan Chamberlain, could be the patient. However many feel Ryan has locked Kevin in the room and is masquerading as him. Ryan taking Kevin’s place would be a classic soap plot, but Nurse Mary Pat seems to know who is in the room, and I’m not sure she’d play along, unless she’s Ryan’s lover or something. She doesn’t seem to like Kevin, or whoever he is, much either.

Nelle’s former fiancé Zack has been another guess, and that would make a good twist in her story. Faison and even recently killed Nathan West have been other suggestions. This story definitely has people guessing, but I find on soaps the obvious answer to any soap mystery is usually the outcome that will happen. In this case that’s a Kevin/Ryan story. If that is what is happening, it’s even more of a reason to bring Laura home, because she’d know who the real Kevin was, and she should be a part of this story.

Who do you think is the mystery patient in the room next to Carly on #GH? Twitter limits the poll options, so let me know if you have another guess! Maybe not-so-dead AJ or Nikolas?

I voted for “real Kevin” but as a plot twist what if it’s really Faison ?

Maybe that’s WHY Laura’s not back yet. Because Ryan stashed her somewhere?

Mixed up Michael.
Michael proposing to Nelle feels like he’s overplaying his hand with her. He’s coming on too strong, too fast, and is going to tip her off if not careful. At least Sonny finally told Carly that he now believes Nelle played her, and vowed to make Nelle pay. With reports breaking that Chloe Lanier is exiting GH, Nelle’s days in Port Charles seem to be numbered. While many fans wouldn’t shed a tear should she meet an untimely end, it’s more likely Chase will finally prove she killed Zack years ago and she’ll be shipped off to Pentonville.

Stinking thief.
First Joss stole Morgan’s cologne from Nelle’s purse, which we never got confirmation that she realized was Morgan’s scent. Then she started stealing swimsuits from department stores. Is Joss losing it? Or is this just another classic summer soap storyline of a teen acting rebellious. Either way, it doesn’t much interest me. It’s been done before, and we’ve already seen Joss act out and rebel when she refused to move in to Sonny’s house after learning he screwed over her father, Jax.

Missing: One body from a field in Croton.
Mike still can’t recall what he did with the body Sonny buried in Croton that he moved to protect his son, but now he’s remembered that he knew Charlie Delaney, the original owner of Charlie’s, during that time period. I’m putting my money on the body being stashed under the floor of Charlie’s Pub, and Sonny being forced to kiss Julian’s butt in order to protect his dirty secret. I wouldn’t mind the tables being reversed in their relationship for a change.

Kiki’s case is going to crumble.
Alexis warning Kiki and Francesca that Bensch’s team will likely look for any piece of dirt or scandal involving them to discredit their law suit doesn’t bode well. Bensch already has the photo of Kiki and Griffin hugging, and the secret they had sex is a ticking time bomb that could sink her case. Then there is Ava convincing Scott to take Bensch’s case to tank it, which could also lead to it being dismissed. With Ava and Franco vowing should the law not deal with Bensch then someone else might have to, it looks like a “Who killed Dr. Bensch” story could be in the works. Just like Nelle, not many fans are likely to cry over his death either.

Dante’s exit.
On Thursday we saw Dominic Zamprogna’s last episode as Dante. His goodbye with Lulu was tearful and brilliantly acted, but where was the goodbye for Sonny, Olivia and others? Instead we saw him asking newcomer Chase to look after Michael for him. Dante’s exit, joining the WSB to go after criminal Raj, was ill conceived. Raj attempted to kill Lulu over two years ago, and I had completely forgotten about this minor villain. At least the door is open for the character and actor’s return down the road.

Liz’s surprise.
Liz was shocked to learn her childhood boyfriend Terry (played by Cassandra James), who is the mystery person who liked her sister Sarah’s social media comment on her wedding, tracked her down and came to Port Charles. She was even more shocked to discover Terry was now a woman. While I’m all for inclusive storylines like this, this was yet another missed opportunity for the show to bring in a legacy character. Instead they’ve introduced another new character to an already bloated cast.

As always, these are only my opinions. Please leave your own thoughts in the comments. 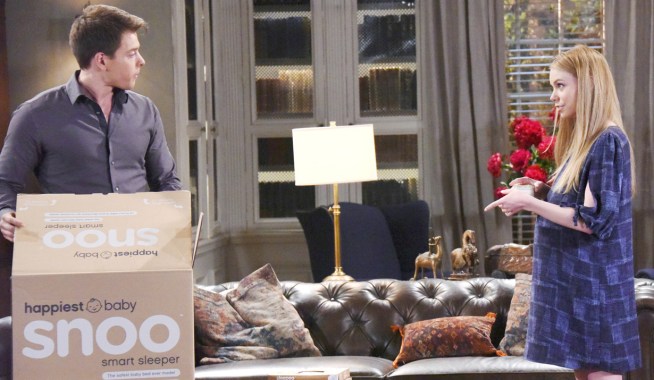 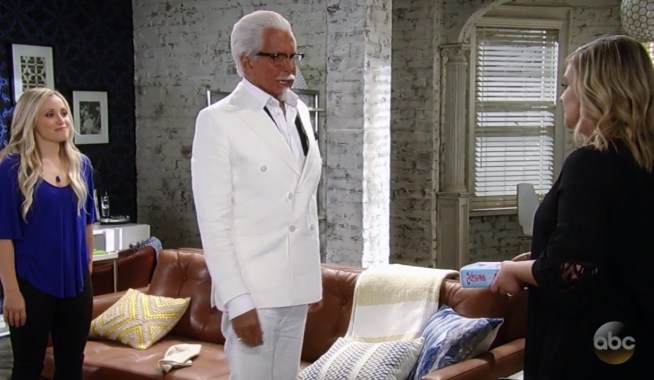