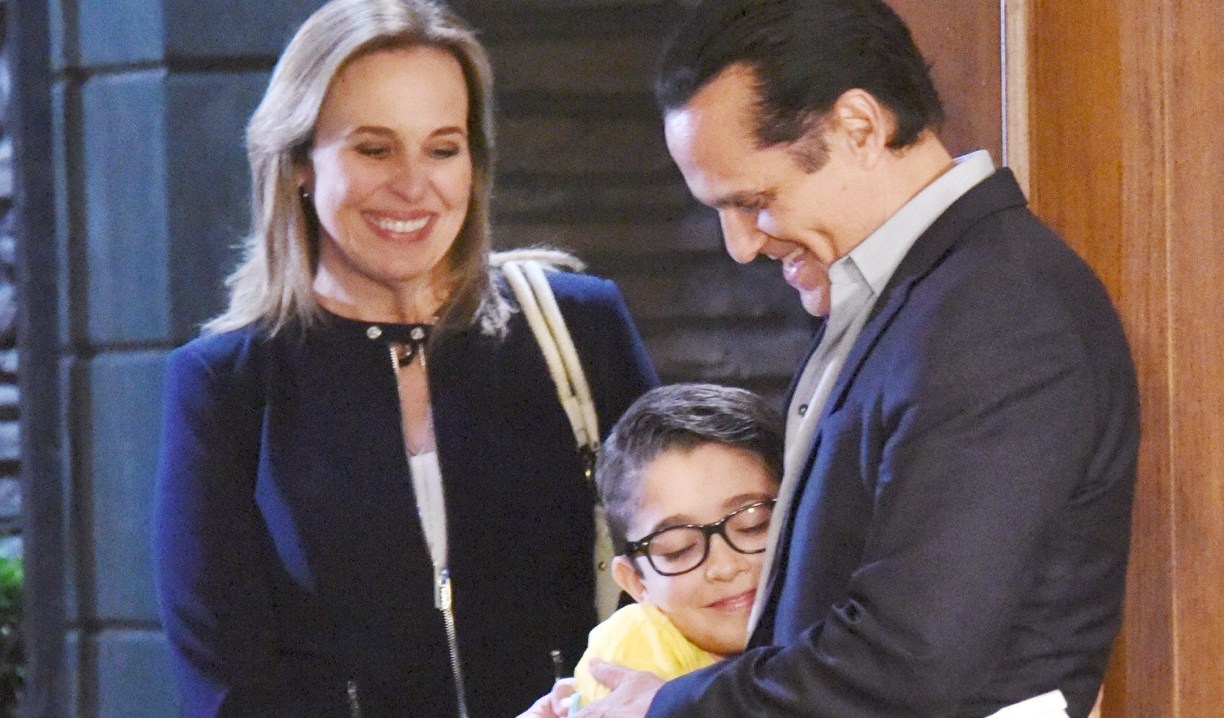 This week Soaps.com is taking a break from its normal Deconstructing GH format in lieu of a more focused opinion column. While all soaps need to breathe life into themselves by bringing in new characters, recently General Hospital has irritated viewers with a huge influx of new characters at the expense of the show’s vets and established families. I ranted in part about this in last week’s Deconstructing GH, the onslaught of evil characters has frustrated many viewers. This week I discuss characters whose return could revitalize storylines and interest in the soap.

Viewers weigh in.
I asked viewers on Twitter who they’d like to see brought back, aside from Genie Francis as Laura Spencer Collins, who I’ll return to shortly. Fans would like to see more of Robert Scorpio, who returns only briefly from time to time. They also want to see more of Monica Quartermaine and Scott Baldwin, who are recurring characters that appear only now and then. Many also would like to see the return of Dillon Quartermaine, Kristina Corinthos and Parker Forsyth, all of who relocated to the West Coast over the past year. They also vocalized about a return to stronger storylines, which I believe would be easier with the presence of well-established characters. Of course the cast is already bloated as is, so bringing in more characters right now could be problematic. Perhaps a serial killer storyline to thin it out is in order, and any one of the crazy villains discussed below could pull this off.

Probably not related to this question but I want bring back old school #gh when writing was good, drama was amazing, lack of newbies w/ 0 talent, and focus on vets. That’s what I’d like to see. https://t.co/C2qi9j4nsl

Restore Laura and her family.
Viewers were stunned when earlier this year Genie Francis was dropped from GH and written off to go take care of her grandson Spencer in France after he broke his legs skiing. Spencer’s character was written out because actor Nicolas Bechtel was cast in Disney’s Stuck in the Middle. However, after three seasons that show is coming to an end. There is no reason Spencer and Laura can’t be brought home where they belong. Laura is such an iconic character that the show writing her out is madness in the minds of many. Viewers would also like to see Laura’s son Nikolas Cassadine return. His body was never recovered after Valentin shot him and he fell from the Cassadine castle balcony to the waters below. Nikolas’ return would be a great way to challenge Valentin, who is already in trouble after his involvement with Peter aka Henrik Faison. As one viewer on Twitter also noted, he and Ava had a good thing going, and she and Griffin aren’t exactly living in paradise currently.

Old school villains.
Bringing back Ted King as Alcazar was a popular pick, many of who have grown tired of the show’s current cartoon villains. Peter tries to play on other’s weaknesses and manipulate them, but he pales in comparison to his father, Faison. Nelle is simply unlikeable by many, and a good soap opera villain should be fun to watch. Jerry Jacks is another many would like to see back in Port Charles.

Revitalize the Cassadines.
Speaking of old school villains, with Alexis’ sudden interest in her Cassadine roots and her father Mikkos, this would be the perfect time to bring in more Cassadines. I never thought that Helena actually died, and many believed she suspected Nikolas was poisoning her before her death. If that was the case, she most certainly would have taken measures to save herself. With Thaao Penghlis off Days of our Lives, it would also be a great opportunity to bring back Victor Cassadine, whose body was naturally never recovered after the Crichton-Clarke explosion. There have also been rumors that Stephen Nichols is out at Days, and if true, maybe he’d want to bring Stephan back to GH. Any one of these three characters could easily return and bring back Nikolas from the dead with them.

Bring back the Webbers.
Just as the Quartermaines have waned over the years, so have the Webbers. With Liz and Franco’s postponned wedding still being planned, Franco has decided to find a way to get Liz’s distant family to return for the event. This is long past due. When the show revealed that Hayden Barnes was Liz’s half-sister and Jeff Webber’s daughter, they missed a golden opportunity to bring Jeff back. Writing out Hayden was another mistake on the show’s part, as she and Liz had formed a great friendship and sisterly bond. With Jonathan Jackson’s Nashville ending, maybe Lucky could make a brief return for the wedding. Who knows, maybe he could bring adopted Webber Blackie Parrish back to Port Charles with him? The Webbers relate to the Hardys, an original family on GH, and should still have a major part on the show.

This is an opinion piece. Please leave your thoughts on who you’d like to see return to GH in the comments.