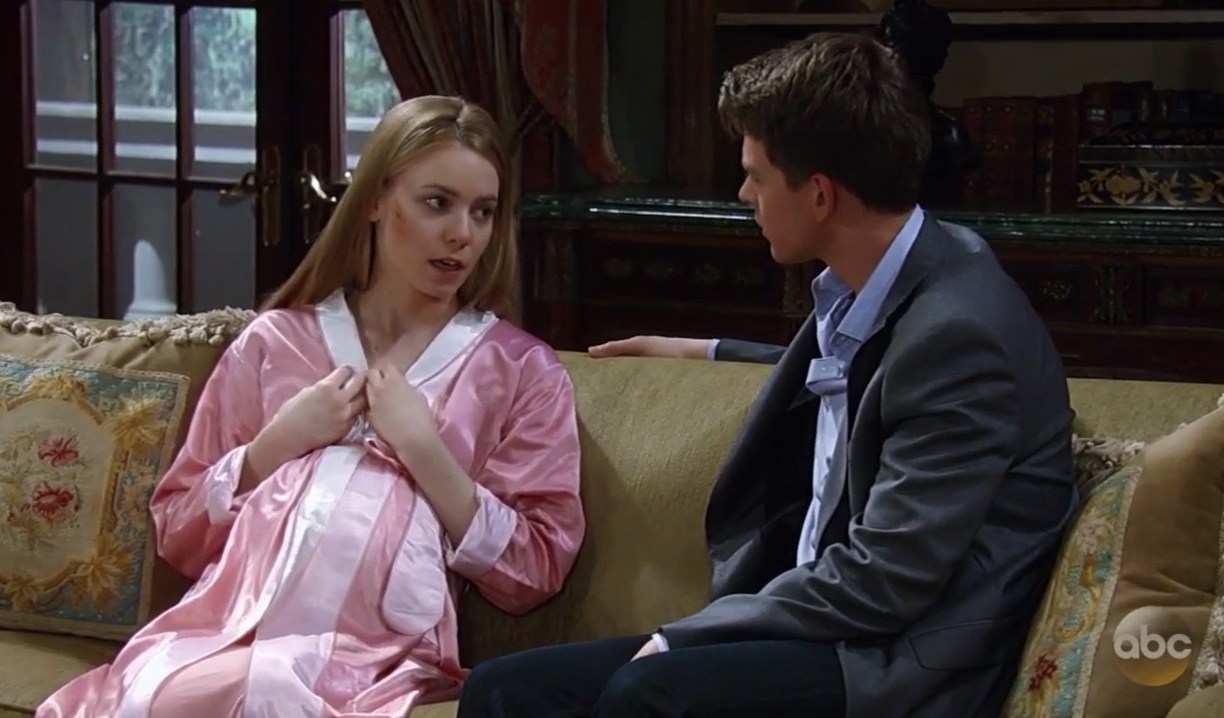 It was a rollercoaster of a week in Port Charles. Some of it was thrilling and fun, but other parts I just wanted the ride to stop so I could get off.

Worst defense strategy ever.
In a not at all shocking twist, Diane’s strategy to have Carly plead not guilty by reason of insanity backfired. Carly hesitating to put in the plea, and almost trying to change it, led the judge to question whether she was really insane and he remanded her to prison pending her trial. The new DA Margaux Dawson (played by Elizabeth Hendrickson) also doesn’t seem to believe Carly is insane. In last week’s blog as I railed on everyone believing Carly was having a breakdown, some of you felt Jason was able to convince Michael that Nelle was setting his mom up.

one can hope. I think in light of his respect for Jason, its likely his eyes are opening

Yes, that was what I thought he was doing.

Well you viewers were right. On Friday’s episode Michael proved he had found his brains and finally sees Nelle for who she is. He moved back into the mansion to watch her like a hawk and has Spinelli digging up anything he can to help him prove Nelle is lying about his mother. I was beginning to think this day was never coming!

Bensch better watch his back.
Hallelujah! Liz finally got through to Kiki and they went to see Monica over Bensch’s harassment, but Monica’s hands were tied without proof. For months now viewers have wondered why Kiki wasn’t taping any of her and Bensch’s conversations, and now we have the answer, because he’s going to skate free. I was stunned when Monica informed Kiki that even if found guilty, he’ll likely just get a slap on the wrist. Has Monica not watched the news lately? Have the writers also ignored it? In this climate it seems illogical that he would not be terminated immediately for his actions. Bensch obviously anticipated what Kiki would do and has started planting seeds of doubt about her by telling Ava she’s emotionally unstable, distracted, and he’s seen med students snap under the pressure. It wouldn’t be a surprise if the evaluation he submits on Kiki is be a glowing recommendation, just to discredit her claim that he threatened her with a poor one. With Ava as a mother, and Franco as a father figure, does Bensch know the kind of trouble he is setting himself up for?

Valentin and Alexis family bonding time.
I discussed in last week’s Deconstructing GH, Valentin’s life has fallen apart thanks to his involvement with Peter being outed. With Nina divorcing him, and Peter likely wanting revenge, he headed to see his sister Alexis to tidy up his affairs and make sure Charlotte was taken care of, just in case. He found her looking over some Cassadine heirlooms and a photo of their father Mikkos and offered to repay her with all the information she could want on the family, which he pointed out she seems to have memory issues surrounding. She agreed to help him. What on earth is Alexis doing? She asked Kevin to help her find out why she’s drawn to bad men, but this maybe going down a dark path. I hope they don’t have her embrace her Cassadine roots and go all crazy on us.

Memory mapping and flash drives.
All this talk of memory mapping, wiping memories, implanting memories and so forth makes me feel like I’m watching Days of our Lives and not GH. Just give Drew his memories back so everyone can start to heal and move on at this point. Plus it will open up more back stories for Drew and Kim, which could be interesting. Though wouldn’t it be a twist if Drew woke up not as Andrew Cain, but Jason Quartermaine!

Paging Jeff Webber!
Franco disregarding Liz’s wishes and looking up her father Jeff Webber is a mistake he’s going to regret, but he’s probably used to those by now. However it is a mistake that needs to happen. Everyone under the sun is getting family members added these days, such as James Read as Chase and Finn’s father, so it is only right that Liz’s family, which is a legacy family on this soap, be brought back in.

Who stabbed Peter?
Who stabbed Peter had all the makings of a great soap who-dunnit, seeing half of Port Charles had a reason to want him dead. Instead almost all the major suspects were accounted for accept Obrecht, and heavy foreshadowing earlier in the episode seemed to indicate it was her. That and the fact the person used a syringe and she’s a former doctor scream it is her. Peter was held hostage in a cabin somewhere, and by the end of Friday’s episode Nina received a call, arrived at the cabin and found Peter strapped to the bed. It definitely appears this is Obrecht’s doing, but wouldn’t it be a twist if it was Lulu who was the kidnapper? Oh and where in the blazes is that flash drive? Peter recalled it fell out of his hand when he was being dragged away. Hopefully it doesn’t take another six months for that thing to turn up.

As usual, this is an opinion piece. Agree or disagree, please leave your own thoughts in the comments.