Deconstructing GH: The Earthquake Should Shake Things Up 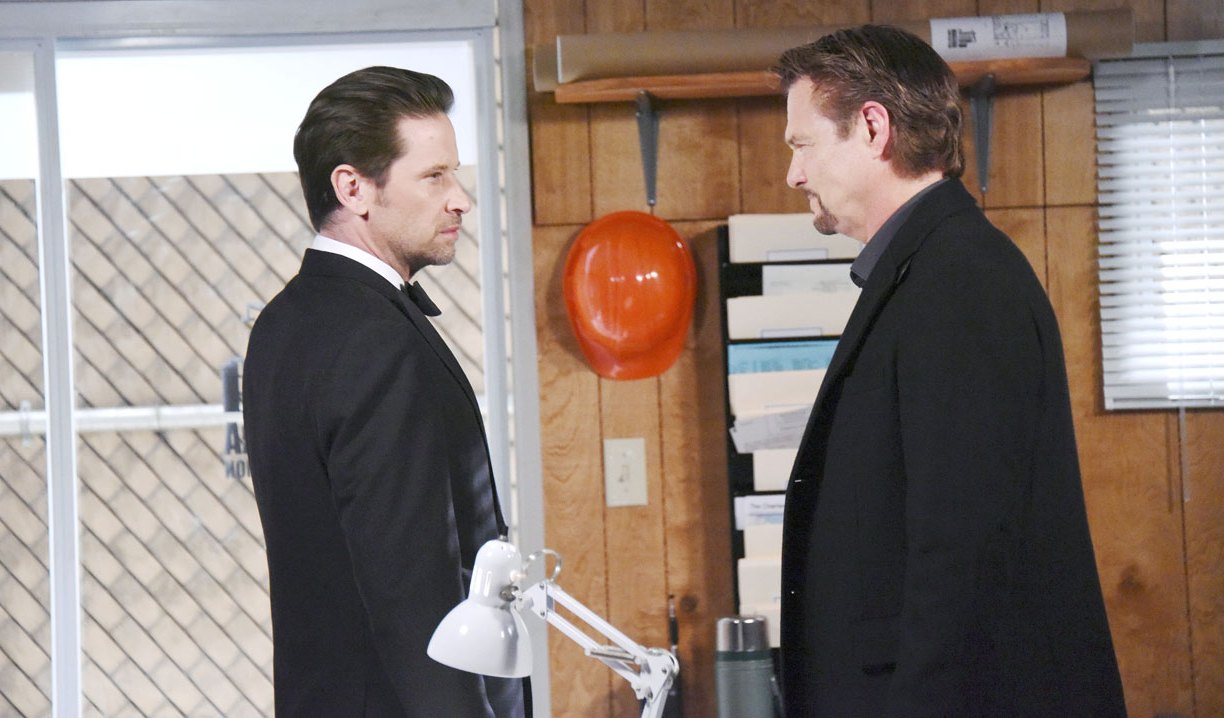 It was another slow week, but things got moving by Friday in Port Charles with the kids’ alternative dance and Jim and Franco’s confrontation. The week ended with a major cliff hanger when the earth moved. There is nothing like a natural disaster to shake things up on a soap.

A different side of Sonny.
Mike’s storyline continues to be heartbreaking, but is connecting with the audience. It’s also nice seeing the softer side of Sonny, and a storyline for him that has nothing to do with the mob.

Thanks #GH writers for tackling the horrible disease that is Alzheimer’s. #MaxGail is doing impeccable acting as the patient while @MauriceBenard @mattcohen4real @lldubs and the rest of the cast are keeping it real. @OGChrisVanEtten @valentinifrank

I was disappointed in Ava when she used dropping the charges against Mike as leverage to get time with Avery. However, the more I thought about it, the more I realized even if Ava did the right thing that Sonny wouldn’t have cared or given her time with Avery. Other viewers were miffed that Kiki scolded her mom for taking advantage of the situation and yet again seemed to side with Sonny and company.

Dear #GH
Let Kiki be on her mother's side. Not everybody in Port Charles needs to be pro Corinthos. @ your granny if you don't like this. Idc

Kim and Julian, magical!
I’m really loving Kim and Julian’s relationship. Even if they turn out to be nothing more than friends, there is amazing chemistry between the two that hopefully the show will continue to exploit. It was great to see her stand up for Julian when Drew took a cheap shot at him for letting the kids down as he lets everyone down, because it wasn’t Julian’s fault the sewage in his place backed up.

More: Tristan Rogers back to GH

The payphone in the middle of nowhere.
Initially I was into the idea of Nelle sticking it to Carly with these crazy phone-calls, because Carly’s superior attitude and lecturing of everyone gets tiring. However, I’m already over this storyline, because I can see it predictably ending with Nelle looking like a nutcase and everyone hating her even more. The writers seem to be stuck in a rut with Nelle, who just isn’t growing as a character.

Fifty shades of Peter.
Watching Peter speak to Nathan’s grave after the funeral, and this week comfort Maxie, showed he does have a sensitive side and could make a good addition to Port Charles. Still, it is difficult to see a future for him once his part in using Lulu to exact his own revenge on Faison comes to light. Then again, Valentin has become a permanent fixture on the show after killing off a fan favorite character. Having Peter turn out to be Anna’s child with Faison would be the best way to keep him on the show, and explain why Valentin has been so protective of him.

Communication hell.
I complained in last week’s Deconstructing GH that Anna and Finn not revealing their feelings to one another was annoying. This week it’s become downright painful and something I’d expect from a storyline on a teen drama, not a soap. Finn overheard Anna making plans to take a trip with Andre and didn’t bother letting her explain. Oh brother! How long are their misunderstandings going to go on? Also, don’t get me started on how Andre is able to fly to Europe after just being released from prison.

The Dastardly Jim Harvey.
Franco had a breakthrough that Jim was there when Drew fell down the steps. It would seem that either Jim pushed him, or Franco tried to nudge a scared Drew to go down the steps and he fell while Jim was screaming at them to get into the basement. Jim’s part in this isn’t shocking, and was obvious to viewers from his first interactions with Drew and Franco. Still, we don’t know what else went on, and why Betsy sent Drew away. Hopefully this will pay off with a great twist we didn’t see coming. Meanwhile, Curtis figured out from Jim’s maps that old Harvey was after something underneath Port Charles. Don’t tell me there’s oil down there? Maybe he wants to frack for gas?

Wedding day blues.
Given it was Liz’s wedding day it would have been nice to see all her children together, but that didn’t happen. At least we got to see Cam, who seems to live at Boy Scout camp or in his room these days. Cam telling his mom that she deserved to be happy and taken care of, and wanting to give Franco a talking to about how important this day was, was adorable. Liz and Felix talking about Sabrina was touching too. Unfortunately thanks to Franco getting caught up in the Jim Harvey drama and then the earthquake, Liz’s happy day turned into a nightmare. Poor Liz just seems to be cursed.

Quake!
By the end of Friday’s episode the quake hit, sending everyone into panic and chaos. Before it hit, Joss and Oscar snuck off from the dance at The Floating Rib and ended up in the restaurant’s freezer for alone time. Not only was it an odd place to pick, but clearly neither of them ever saw The Brady Bunch episode where Greg and Bobby got trapped in the meat locker. Sure enough the door slammed shut on them during the earthquake. Hopefully it won’t take a week to find them in there. I’m looking forward to what should be a much more exciting week come Monday.