Deconstructing GH: A Touching and Tearful Goodbye to Nathan 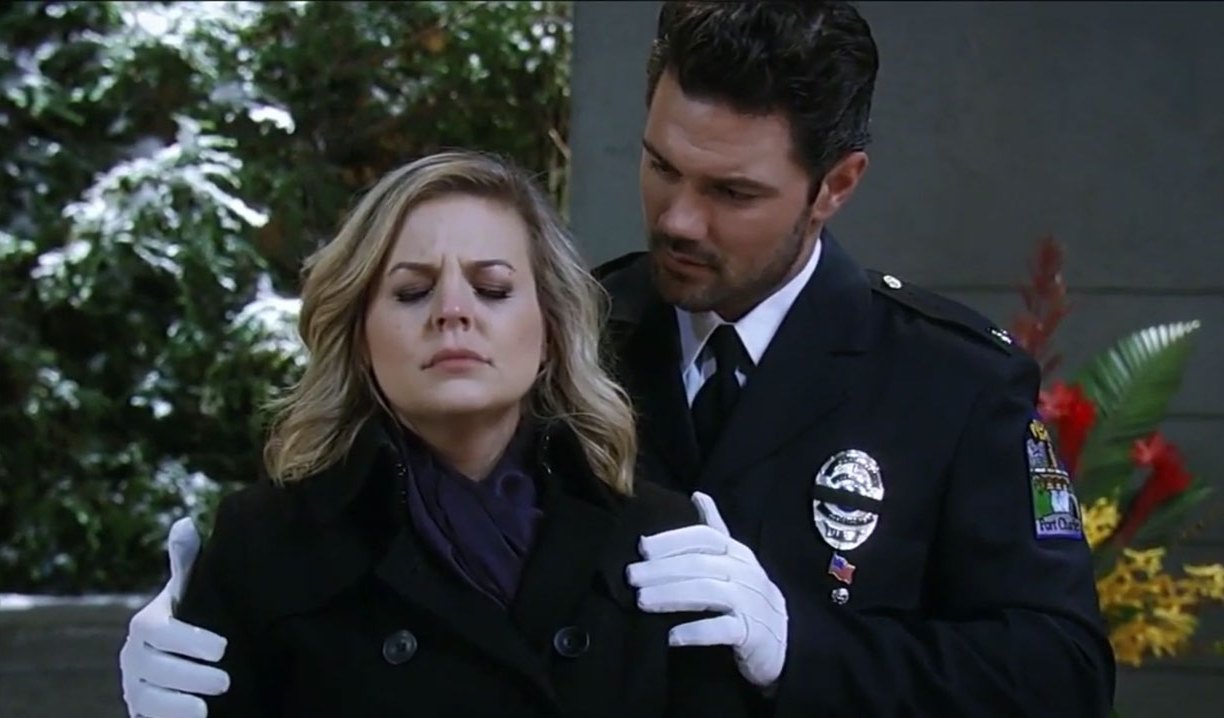 It was a slow, and somewhat uneventful first half of the week in Port Charles. The Charles Street storyline is quickly becoming a bust, and Mike’s return feels like a rip-off of another soap. Friday however brought on the tears as Port Charles said goodbye to Nathan.

The return of Mike.
Sonny reconnected with his dad Mike Corbin (now being played by Max Gail) and it quickly became apparent that Mike seems to be having memory issues. He forgot to drop off a bag of money with his boss, and he referred to Carly as Courtney. It would seem they are hinting at dementia or Alzheimer’s. If this is the case it is difficult not to be critical of “General Hospital” doing this on the heels of “The Young and the Restless” just wrapping up a similar story with the character of Dina.

Stella’s mugging.
The mystery of Stella’s mugging, which obviously wasn’t random, is about as interesting as the entire Charles Street redevelopment storyline. This is one of those cases where looking to an important issue or cause from the real world doesn’t translate to an exciting story in the reel world. The story is falling flat.

Ned’s attack ad.
It didn’t take long for the political attack ads to start in Port Charles, with Ned’s team getting downright dirty in going after Alexis and her relationship with Julian. With all of the other dirt in Alexis’ past, it was shocking they only used her marriage to Julian. Many viewers are already turned off of the mayor’s race storyline, which was supposed to be Laura’s story. Like the entire Charles Street story, it’s become dull. It’s time to introduce a juicy element to spice things up.

Julian and Kim.
I was a huge Julexis fan, until the writing utterly destroyed them as a couple. While I still would like to see Julian redeemed and them reunite, his chemistry with Kim is great. They really work together and are enjoyable to watch. Unfortunately I don’t feel the same about Alexis and David Bensch, who just feel awkward together.

Robin’s return and Anna’s love life.
Robin returned this week and quickly called Anna out on her not-so-fake relationship with Finn. Anna needs to get over her issues and just go for it with Finn. They are great together. Of course, her mind is on her child with Faison right now.

Peter and the mystery of Anna’s child.
Peter’s conversation with Lulu about his rough childhood was completely heartbreaking. It’s mind boggling given how much information he shared that Lulu didn’t figure out he was the mysterious Henrik. Then again, it’s Lulu. In a really great twist Valentin revealed that Anna did not have a boy with Faison, but a girl. So now there is a third spawn of Faison out there? Could it be someone we’ve already met? This could get interesting. Of course we can’t discount that Valentin lied to Anna about having a girl, and Peter is her son.

Nelle takes on Carly.
Nelle’s decision to name her child Morgan was a pretty low blow, but was a great move on her part. Fortunately Michael nixed the idea, and viewers breathed a sigh of relief that Morgan’s ghost would continue to be with us forever. Morgan tends to be mentioned more than some of the characters that are still on the show, so he doesn’t need a namesake. I noted in last week’s Deconstructing GH that Carly was pushing Nelle over the edge. As hated as Nelle is, many are eager to see her take Carly down a notch. Carly’s self-righteous attitude and constant meddling definitely gets old at times.

I want Nelle to destroy that righteous, know it all, busy body Carly.

I'd like to see Nelle fake her own murder, frame Carly for it & everyone in PC have their doubts when Carly claims she's innocent ?

Nathan’s funeral.
Nathan’s funeral was one of, if not, the best funeral for a character on a soap that I’ve seen in a long time, if not ever. Seeing various aspects of the day and the funeral play out added a touch of reality. The respect they showed him as an officer in exhibiting different parts of a police funeral was outstanding as well. Of course Georgie’s appearance to comfort her sister was down right tearjerking. After the tears were shed and Nathan walked off with Georgie’s ghost, Maxie’s anger finally came out and she accused Lulu of killing her husband. That was expected, and seeing Lulu and Maxie’s friendship torn apart over this makes it all the more heartbreaking.