Deconstructing GH: Parted Couples on New Year’s a Sign for 2018? 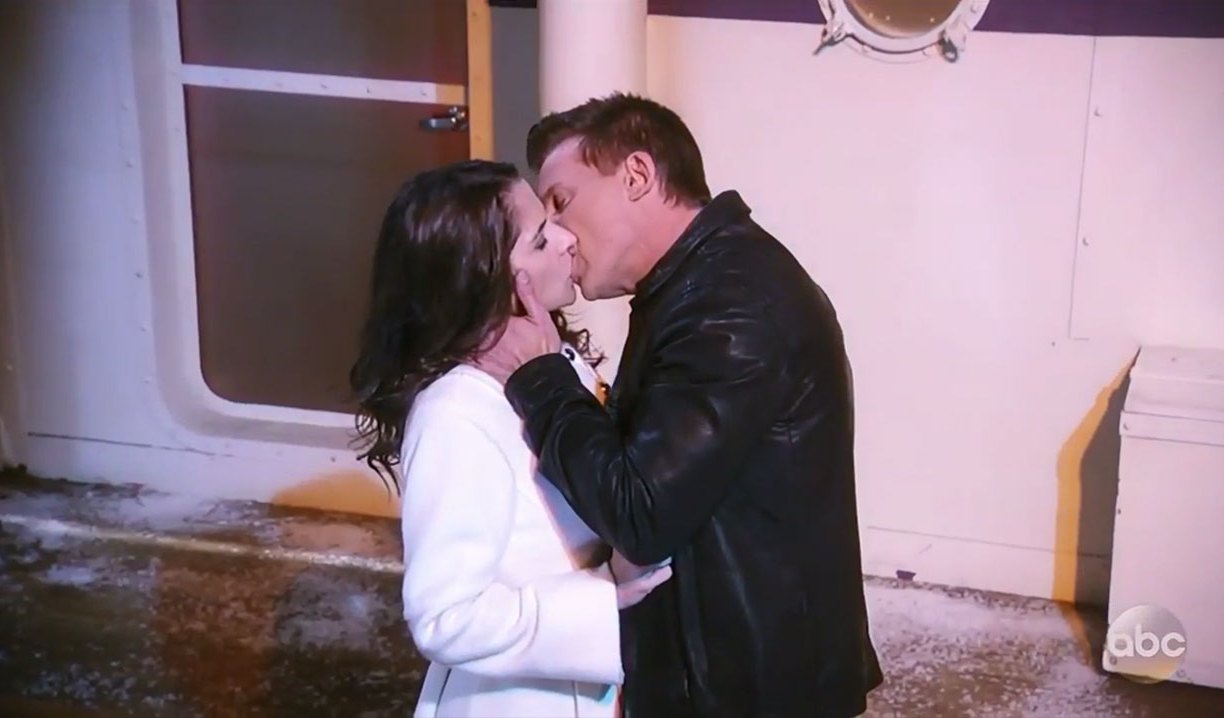 The post-Christmas week in Port Charles was a mixed bag, with a lot of the underutilized cast finally being given time to shine. Many people on social media commented that they enjoyed the break, even if it was only one day, from the Drew, Jason and Sam storyline. However once that day was over, it was back to the Trio dominating most of the show.

I was relieved at the absence of Sam Drew and Jason today #GH ?

Sonny and Drew’s talk.
I was glad to see Sonny visit Drew to try and work things out and remain friends. However, their entire conversation went downhill fast and was bizarre. Sonny explained that he just knew he wasn’t Jason because Drew wouldn’t roll over and do whatever he asked. Drew meanwhile felt they were only friends because of the memories he has, which aren’t his own. Drew was friends with Sonny, Carly and loads of others when he thought he was Jake Doe, so I didn’t like seeing him dismiss those memories and friendships he forged as not real. I’m at least glad to see Drew maintaining his relationship with Monica, and even he and Michael have remained cordial.

Spit it out Obrecht!
Obrecht continued to deceive Nathan about his father, even as the cop questioned her about his suspicions. In last week’s Deconstructing GH I noted that they seemed to be hinting that Faison was Nathan’s father. Maxie at least had the smarts to swipe a hair from Valentin’s head, a scene which was hilarious by the way, to test and see if Nathan is a Cassadine. We all know the test is going to come back negative. I just hope they don’t take the predictable route and make Nathan the son of Faison. I’d like to be really shocked by who his father is.

Spies and lovers.
I still find Cassandra and the opioid story to be as boring to watch as paint dry, but Finn and Anna’s bantering has been hysterical, and they’ve got great chemistry. Their discussion of Cassandra getting too hands on with Finn, and how he’d never cheat on Anna and their fake relationship, was cute. By Friday the story finally got interesting after Cassandra took Valentin hostage and figured out Finn and Anna had been conspiring against her. Unfortunately she foiled Anna and Finn’s plan to ring in the New Year together. Anna’s gone missing, and Finn discovered Cassandra in her home. I hope he paid attention to those self-defense lessons Anna tried to give him. Meanwhile, poor Valentin was locked in some warehouse and without Nina on New Year’s, which was also their anniversary. Not a great omen, especially for one’s first anniversary!

Mayor Collins?
I was thrilled to see Lomax ousted from office, but a bit bummed that Felecia had no desire to be mayor any longer. Kevin piped up that he thought Laura would make an excellent mayor, which hopefully means Kevin and Laura will be on our screens a lot more. Viewers across social media were also loving the idea of Laura as the new mayor.

Lulu’s next assignment, should she accept it.
After exposing the election fraud, Lulu was eager for another story, and Peter had the perfect one. Disregarding Sam’s orders that they not cover the Drew and Jason fiasco, he suggested Lulu look at it from another perspective and investigate Faison. He even asked her to track him down and get an interview. Yeah, okay, because the WSB hasn’t been able to find him, but Lulu will. Soaps tend to stretch reality at times, but this was too much.

Ava obviously is misunderstanding.
Ava and Griffin were doing so well, until Ava’s insecurities bit her in the butt and she started to think Kiki and Griffin had been carrying on behind her back. Oh brother! This is some teen-romance level stuff. Though some actually have been pro Kiki and Griffin from the get-go, I think it’s obvious that Griffin is planning to perform the last surgery on Ava, and has Kiki helping him. Thanks to Carly’s scheming, Jason ended up on the Haunted Star with Sam, and Drew’s car clunked out and he had Kim drive him to the docks. However it was Jason that Sam was kissing on New Year’s, and Drew rung it in with Kim, though all they did was watch the fireworks from her car. I can’t help but wonder what this means for 2018. Sam finally will have to admit she’s being pulled in two different directions, and I wouldn’t be shocked to see Drew connect with Kim while trying to bond more with Oscar.

These are just my thoughts on this week’s episodes. Agree or disagree, please leave your own in the comments. Have a happy New Year and see you in 2018!