Deconstructing GH: A Nice Glimpse of What Could Be for Jason and Drew 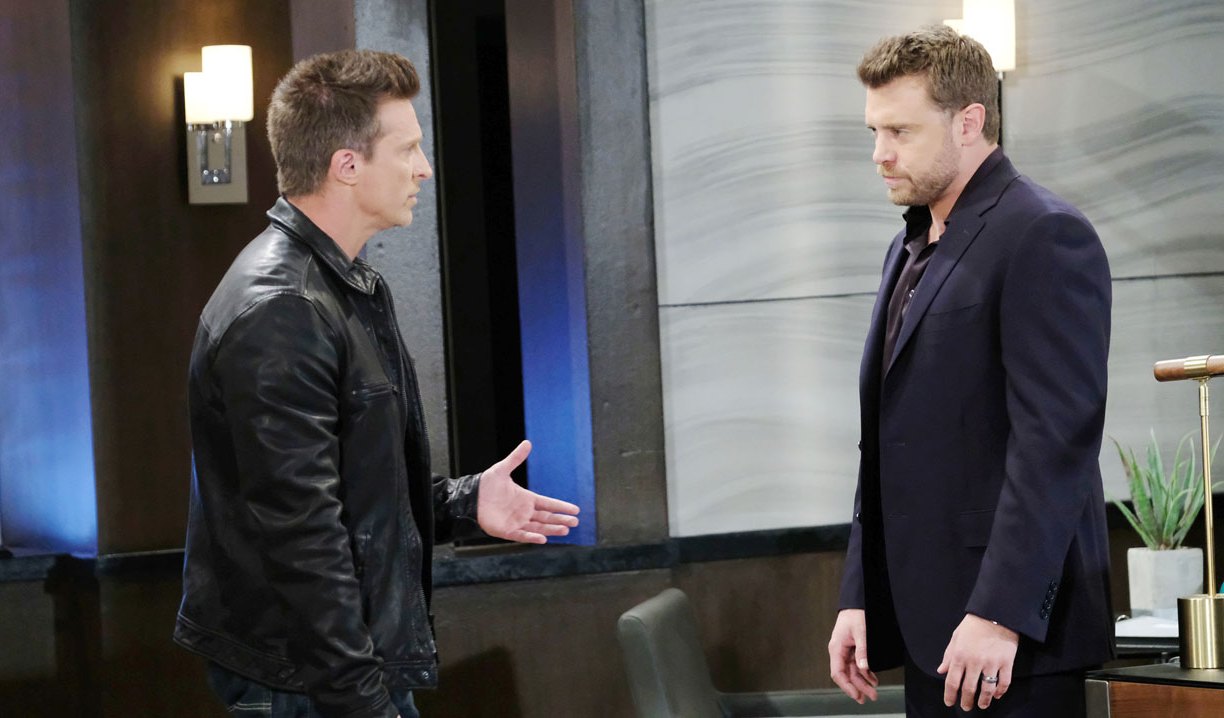 Sam finally came face to face with Jason, and was forced to face her feelings. Life was breathed into what seemed to be another dead and forgotten storyline. And Nelle overplayed her ace and it’s time for her to pay up.

Faison, Britt, the book and the Traitor.
The book delivered to Faison written under his pen name, but apparently not of his doing, seems to be a big clue as to who “The Traitor” might be. It has to be someone who knows Faison well enough to be able to taunt and spook him so badly. Aside from Mikkos, who is dead along with Helena, is there anyone left worse than Faison? And why did this traitor not kill Jason as Faison asked them to? I’m loving this mystery!

Britt came and went, but her send off with Nathan was everything. He promised to do what he could to help her avoid prison time, which hopefully means we will see more of Britt in the future. Nathan needs his sister around, especially when he finds out whoever his father is. I asked Twitter who they thought it was, and got answers varying from Sonny, to the predictable Faison, to whoever “The Traitor” is. One I could get behind is Duke Lavery, because that would make Griffin and Nathan brothers. They already look like they could be brothers, so it’s not a stretch. Another fan suggested one of the Jacks family, which is a good thought too.

Duke was in that Turkish prison for a long time! Maybe Dr O tested out her Anna mask on him ?

Jerry or even John Jacks. BUT for the soap drama fun. Malcolm Scorpio and Obrecht from his mercenary & Playboy days in Australia. #GH

Bromance.
Jason and Drew having a civil conversation about Faison, “The Traitor,” and why this was done to them was amazing and everything I have been looking forward to with these two. I wish we could see more of this, but with Sam caught between the two brothers, I think it’s highly doubtful. It was still a glimmer of hope at a peaceful future for the brothers. By the end of the week, Jason learned that Andre had backed up both his memories and Drew’s, and put them in a Christmas ornament he gave Anna. So it looks like the brothers are going to have to find a way to work together to solve the mystery of who did this to them and why.

Facing the future.
Sam faced the past, present and future as she finally talked to Jason. She continues to maintain that she wants to be with Drew, who she built a life with, and returned the ring Jason gave to her. Ouch! However, he suggested she give it to Danny for his future wife, which was really touching. Meanwhile, Alexis dropped the bomb on Drew that his marriage to Sam was invalid. At some point I would think they’d have to figure out if her divorce from Jason was valid too, and if she’s still married to him. I’m sure that is coming, and she’ll have to decide whether she can divorce him for Drew.

Alexis walked into a bar.
Alexis sure seems to hang out in a lot of bars, where she can’t drink. Does she like to torture herself? Or is she just testing her sobriety? She ran into Julian in a place called Charlie’s Pub and found out he had purchased the place. What?!?! The woman he loves more than anything and would like nothing more to reunite with is an alcoholic, so he buys a bar. Makes total sense!

An explosion of Quartermaines.
Monica was over the moon to learn Drew has a son, though Ned’s head was spinning doing the math of how ELQ shares would be further divided between Oscar and Michael’s coming bundle of joy. Kim got off to a rocky start with the Quartermaines after Monica accused her of coming to town to exploit Oscar’s wealthy family. Kim swore she didn’t, that one of the Ancestry DNA tests gave her hits in Port Charles, and she thought Drew may be here. Monica quickly apologized, but I think she was on the right path originally. Drew Cain had no family for an Ancestry site to pick up on, but Andrew Quartermaine would have. Kim is lying!

More: GH teams up with Toys for Tots

Lulu’s hard-hitting story.
I was giddy in last week’s Deconstructing GH because they had revived the mystery of Nathan’s father, and this week I’m over the moon that they are finally setting a horrible wrong right in having Lulu discover the mayoral ballots at Wyndemere and hopefully uncovering that Nikolas and that awful Lomax rigged the election. Of course Lulu found herself at a crossroads when it was evident that her beloved Nikolas may have been dirtier than everyone thought. Soaps.com writer Lori Wilson suggested it would still be a great way to bring Nikolas’ character back, and I agree! His return is long overdue.

I really hope the return of the mayoral storyline bring nikolas back even tho he’ll be a recast since @tyler2929 is at #days. #GH pic.twitter.com/MbDmlnXtFX Every time it seems impossible for Nelle to sink any lower, she finds a way. I was on Team Sonny this week when he threatened to lock her up until she had the baby and then get rid of her. Please Sonny, do so! I promise I won’t complain about the mob stories again if you make Nelle go away! Honestly, there is no redeeming Nelle at this point. Maybe Dr. Obrecht needs to bring back Krampus and give Nelle a lesson in what happens to naughty children this time of year.