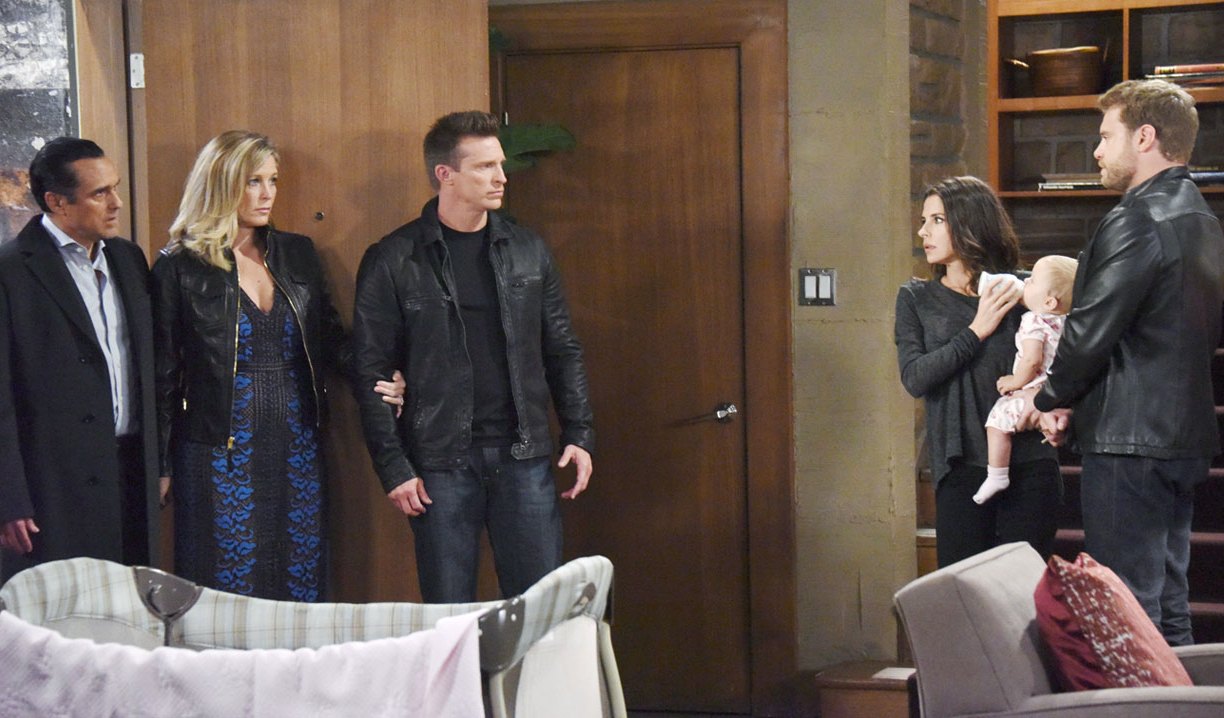 The big reveal that the two Jasons were brothers somewhat stalled this week, as the citizens of Port Charles digested what we the viewers have known for awhile now. One by one people sided with Six, and Sam found herself at a crossroads. On a more positive note, it looks like the Ask Man Landers storyline is coming to a conclusion, which can’t come soon enough for many.

Poor Jason, or Drew, or whoever.
One by one everyone in Port Charles is turning against Jason and believing Patient Six is the real deal. Diane dropped him like a hot potato, Monica seemed to accept Six as the son she raised, and even Robin believes him to be the real Jason. Carly’s constantly inserting herself into Sam, Jason and Six’s already complicated situation is really playing on my nerves. She needs to step back and let them figure things out. She was right about one thing though, Sam is going to have to make a choice eventually. Of course, having the information on which one is the real Jason would be helpful, and Carly pushing her to choose Six before the truth is out is just making things worse. Though it looks like the writing is on the wall and Six is the real Jason, I can’t help but feel for Billy Miller’s Jason. He’s like, “Remember when I stood on that bomb for you, Robin? When you shot me in the shoulder, Carly? When I came to your rescue and took a bullet in the chest, Sonny? Anyone? Bueller? Bueller?”

The more they're going after Jason MILLER, the more I'm rooting for him…I will ALWAYS root for the underdog #TeamBillyMiller #GH

An evil alliance.
Franco and Ava’s bonding over loving angelically good people, though some might not describe Liz that way, was a great scene. I really like that these two have forged this bizarre friendship. Lord knows they both need a friend in town given everyone hates them. I don’t know who I felt worse for this week, Ava for losing Six over Carly exposing her part in Morgan’s death, or the viewers for once again having to listen to Carly go on and on again about poor innocent Morgan. Some on social media wonder if the show will ever clue Six into what happened to his brother AJ?

How long will the identity crisis play out?
Franco burning the intel that Andre gave him was a jerk move, but if he kept it then one of the Jasons would have found it and this storyline would have ended sooner than allowable in soapland. I really hope they don’t drag this out too long, because fans and the characters need resolution. It’s obviously going to take locating Andre to get to the bottom of this mess. Thankfully Curtis is on the case, because he’s the only one in this town that seems to get things done.

The mysterious Peter August.
Wes Bentley debuted this week as Peter August, the man Jason #2 interviewed to be CEO of Aurora. One of August’s first questions to Jason #2 was whether he was the real Jason Morgan. Jason #2 also wondered why August would leave his former job, which was apparently pretty sweet. None of this seems suspicious at all! August is more than likely involved in the two Jasons somehow. Perhaps he is even the client behind the memory swap. Introducing a new villain, or perhaps someone connected to Drew, might not be a bad idea.

Oh Nelle!
In last week’s Deconstructing GH I discussed how great it was to watch Nelle suffer. Well the vixen wasn’t down and out for long. She quickly ratted out Amy and Nathan’s Ask Man Landers secret, along with exposing Nina and Maxie’s complicity in it. This is simply solidifying her as the most hated woman in Port Charles. Where will her character go from here? We polled viewers and the majority want to see her killed off. It definitely seems as if they are setting up a storyline where she is shot by someone in town. It might be the only way to redeem her at this point.

Ok ok… we need to know… what do you want done with Nelle? #GH

The Ask Man Landers secret.
The only good thing about Nelle blabbing the truth is that perhaps this Ask Man Landers storyline will finally come to an end. Maxie also spilling the beans to Chet seems to be hastening its demise. Introducing the possibility of a Nathan and Maxie baby is just what is needed to make us forget about this awful storyline.

Alexis is on a mission.
Alexis sure is determined to help Julian, in spite of her bestie Diane telling her to let it go. I’m glad the show returned to the mysteries surrounding Liv, many of which were unresolved. She hinted to having powerful connections, and obviously Valentin is one of them. Alexis pushing Valentin to have Liv exonerate Julian was great. It’s good to see Alexis back and kicking butt. These two definitely need more scenes together, and I’m not alone in thinking that. The Cassadine family has been on backburner a little too long now. If only we could get Nikolas back on this show!