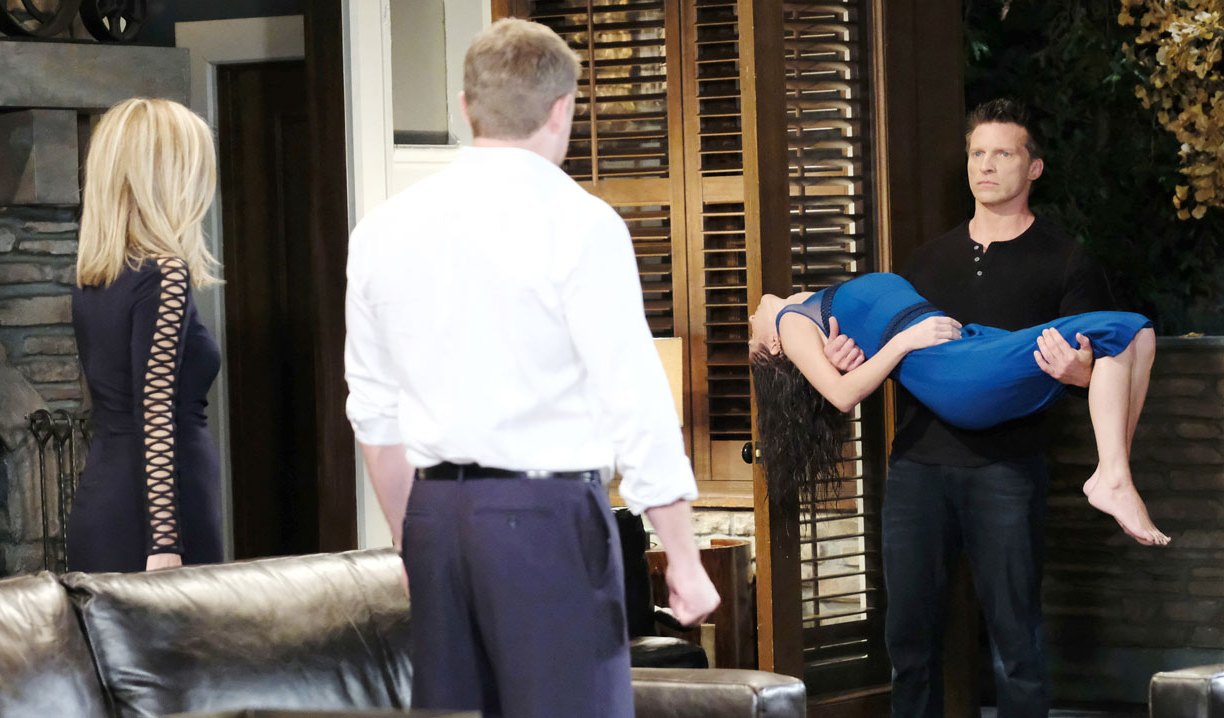 The two Jasons finally came face to face in an amazing week. We got some answers as to what is going on, but still have so many questions. “General Hospital” is on fire and we should be in for an amazing November Sweeps.

Disappointed on Halloween.
Viewers got another pretty poor Halloween episode. What happened to Lulu’s parties on The Haunted Star? I have to give props to Joss and Oscar for dressing up as “Game of Thrones” characters, and Kevin’s amazing old school Hollywood surprise proposal to Laura. However, I hope next year they give us an episode where the majority of the cast is involved in a good old fashion Halloween shocker. They could have done something amazing with Six crashing a Halloween party where the rest of Port Charles found out about him.

Bad scientist Andre, bad scientist!
I wondered in last week’s Deconstructing GH if Andre being in on the two Jasons was a WSB operation, but he confirmed to Franco that it wasn’t. His experiment to transfer one person’s memories to another was actually rejected by the WSB, so he went rogue and took some shadowy organization up on their offer. The organization presented him with Jason and Drew, which is how we ended up with two Jasons. The kicker of course is he doesn’t know which one is the real Jason. Excuse me? His experiment had no controls in place? No failsafe measures? What a terrible scientist he is. Sure he succeeded, but he has no way to monitor his progress, let alone set things right.

More: Kelly Monaco returns to Dancing with the Stars

Sonny and Carly got their boo back.
Sonny seemingly kicking Jason #2 to the curb because he believes Six to be the real Jason irked me. I couldn’t believe he was reluctant to call an ambulance for Sam because Six decided it wasn’t safe. So what, leaving Sam on Sonny’s couch with lord knows what drugs in her was a better idea? Carly also immediately believed Six was the real Jason, because the love just wasn’t the same with Jason #2, and of course he did the most awful thing one could do, he left Sonny. Carly did at least admit Jason #2 has been good to her and Sonny, but it seems like they are both ready to kick him to the curb. Part of me hopes Six isn’t the real Jason just to see the egg on Sonny and Carly’s face. Others on Twitter also noticed that this all seemed to come down to Sonny and Carly having their boo who puts them first back. I say let them have him, Sam should pick Jason #2. I loved him telling her in the hospital that he’d never leave her no matter what Sonny told him to do. Of course that probably told Sam that he wasn’t her Jason, which is just downright sad that she’s back to coming in second to Carly and Sonny.

#GH Just admit it Carly. What you really didn’t like about NuJason was that he put his WIFE first and not YOU.

That didn't take long… Sonny and Carly are out. ?

I get that Sonny believes "his Jason" is back, but no matter who BM's Jason is that man has been good to Sonny, his wife, & his kids. #GH

An anonymous client of course!
When Six finally got to question Klein, of course it turned out the client that both he and Andre worked for was anonymous. As much as I want to know who the real Jason is, who did this to them is equally as interesting of a mystery. I just hope that Jason #2 and Six can come together and work on solving this mystery.

Franco’s lies.
I really dislike that Franco is once again keeping secrets from Liz, and hiding the truth about the two Jasons. I can understand his fears that Liz will be disgusted with him to learn he almost killed Andrew when they were kids, but I’m still not buying Betsy’s story about that. She admitted she didn’t see what happened. Whatever Andre gave Franco in that printout though makes me think it was enough of a clue for Franco to know which is the real Jason. If so, hopefully he fesses up sooner rather than later. 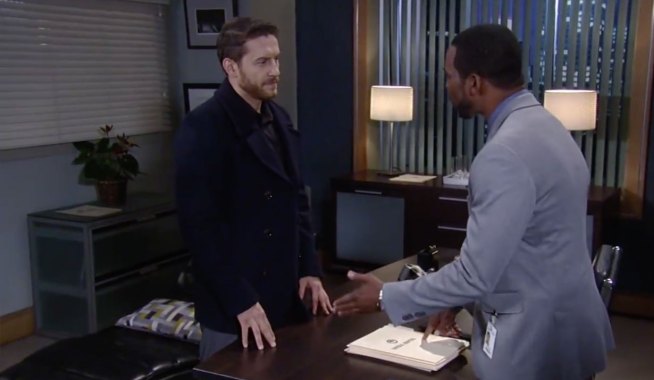 Deconstructing GH: Storyline Based on Real Opioid Crisis Not Working 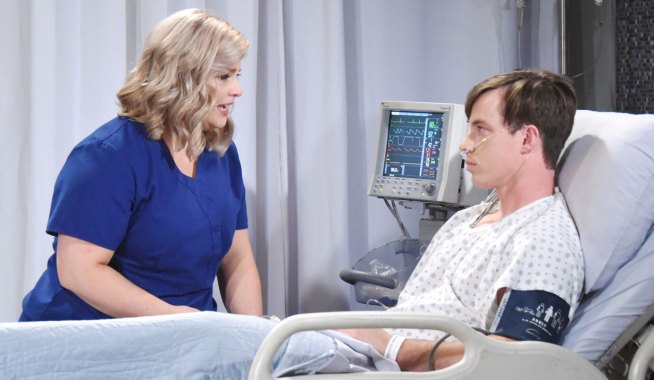