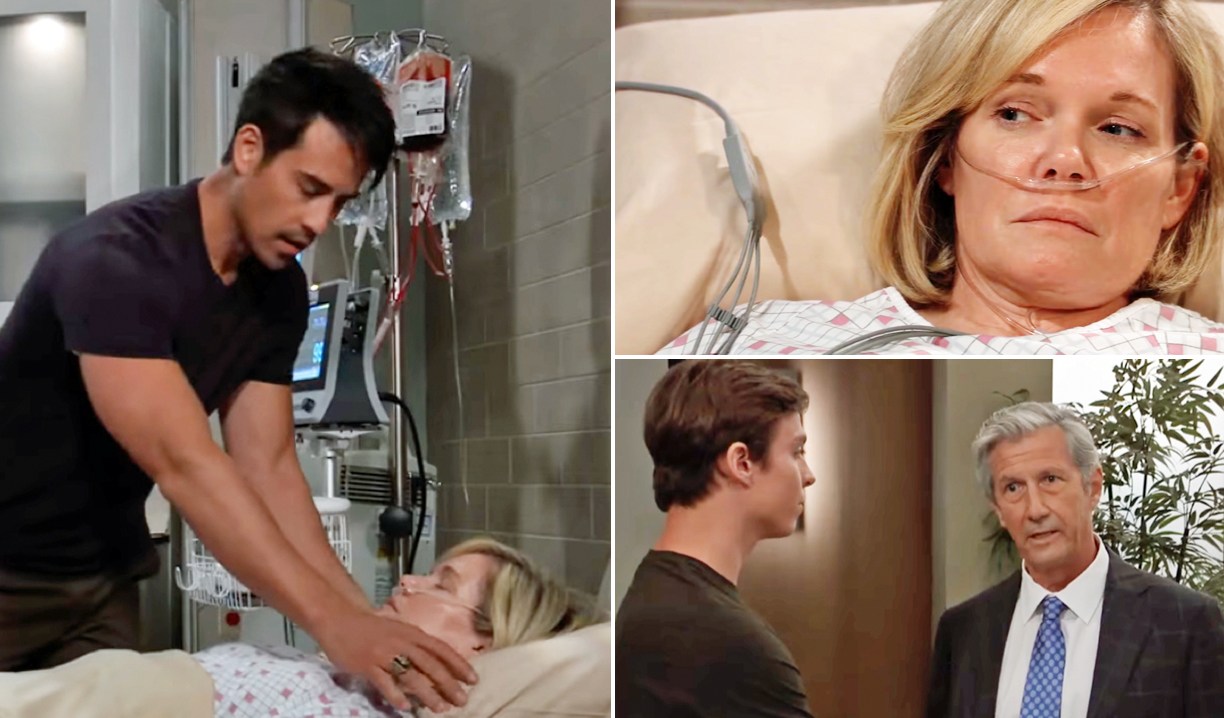 General Hospital giving Ava the hook, pun intended, made for a great Friday cliffhanger last week. There is a line of suspects, some with shifting alibis, and what we need next is for the soap not to pick one of the obvious and predictable suspects we immediately guessed did it… you know like Emse. Valentin finally confessed to Anna, and Liz’s storyline also seems to be making progress. Still, some couples remain stuck in the same old storyline loop. Let’s jump onto what happened in Port Charles this week.

How to Save a Life

There was something “je ne sais quoi” about Joss being the one to find and be instrumental in saving Ava’s life, a woman she stated she has no love for. And throwing Dex in to help her? Well, that was just another not-so-subtle way of telling us we might want to get used to these two together. I feel for Cam, but at the same time, Joss seems a lot more grown-up when she’s with Dex. And of course, Dex’s complicated employment will just make things extremely messy for the two of them when that all comes out. I will say though that I did not find Joss acting very grown up when she had her hissy-fit upon seeing Nina at the Quartermaine’s and threatened to throw her out. As you said, Joss, it’s not your house, so simmer down now and stop acting like your mother!

More: All My Children villain dead at 76 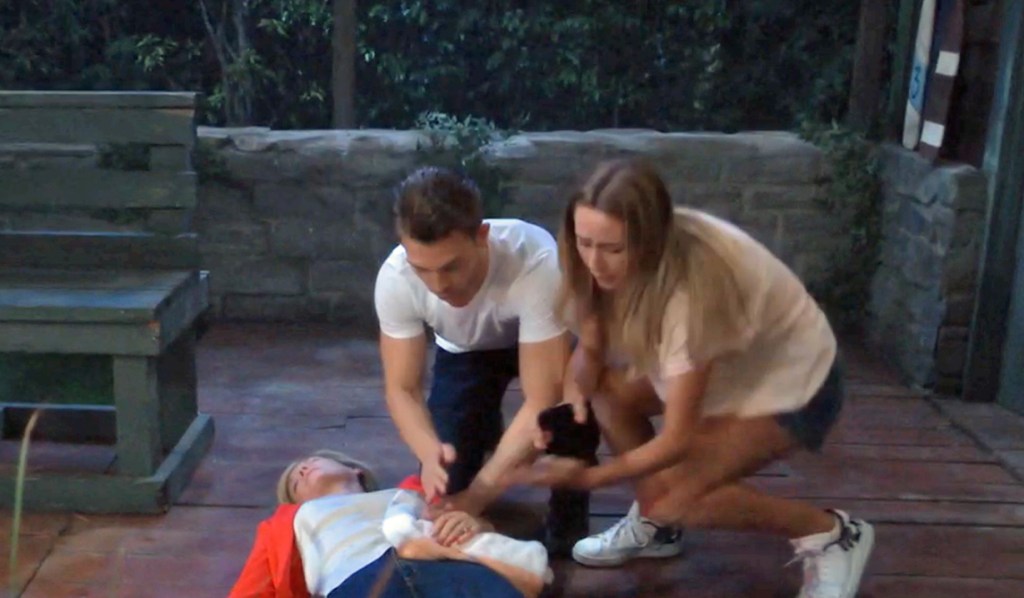 After Dex showcased his brain power, Joss appeared even more smitten with him. (ABC screenshot)

Who Gave Ava the Hook?

The attack on Ava was pretty brutal for daytime standards. As a horror fan, even I thought, “Wow that’s a lot of blood!” Between a drunk Spencer who was supposed to be puking his guts out, to Victor and Nikolas, who can’t account well for where they were, there is no shortage of family members who might have wanted to stick it to her. Then again, there are plenty of others in town who wouldn’t mind taking Ava out, and they hinted it could have been Austin’s “cousin” Mason. 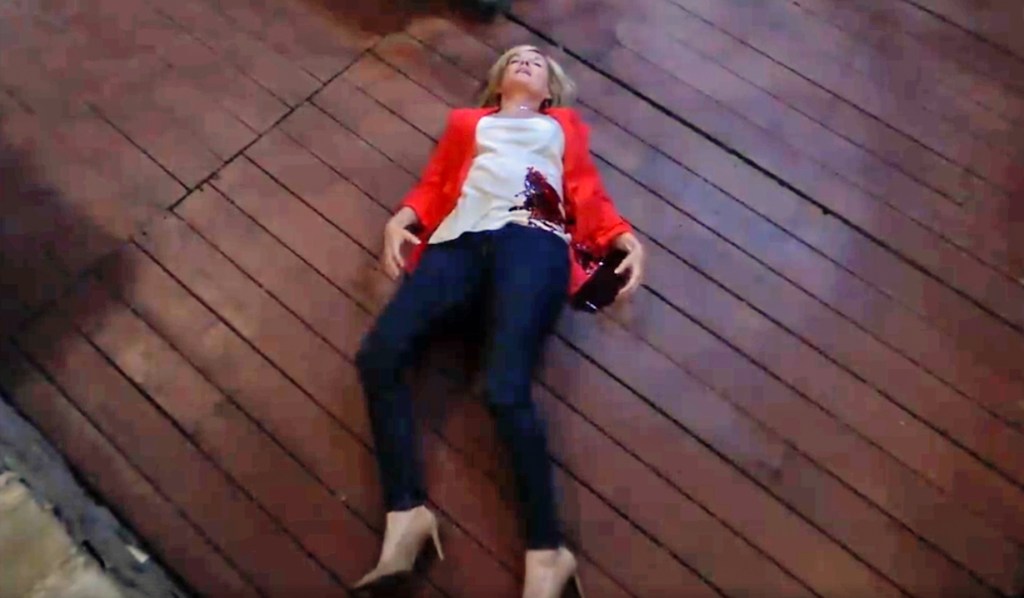 That was a lot of blood Ava lost! (ABC screenshot)

Most viewers’ minds, mine included in last week’s column, predictably suspected the not-so-dead Esme tried to kill Ava. Also, from the moment Esme went off the parapet, others joked that she probably was found by the also back-from-the-dead Nelle. Well, we now know Chloe Lanier is returning as Nelle! Others also suspected that Ryan could have done it, you know, with his one good hand. Given he was able to move dead bodies all over town without being seen, he can probably get in and out of Spring Ridge.

I’m hoping the writers use this storyline to surprise us. That is they don’t go with the obvious and shock us with who tried to take Ava out. They took us for a ride with the attack on Ava that came out of nowhere, so I’m hoping this rollercoaster doesn’t turn out to be a dud in the end.

After experiencing yet another blackout and not being able to account for her whereabouts, Liz finally opened up to Finn about her odd and troubling memory. At this point, I’m willing just to forget the haunting of Franco and look the other way over the fact that they seem to have completely rewritten this storyline… if they deliver something good. The fact that Liz has no recollection of the memory she’s having, and doesn’t recognize the woman she’s fighting with, is at least intriguing. And Liz has finally stopped fighting the idea that something is wrong with her and she needs help. This is progress, even if it took forever to get here.

I think most Vanna fans probably shouted, “Hallelujah!” when Valentin finally confessed the truth to Anna about Charlotte. Of course, he was pretty much forced to as Anna has figured out that Victor was holding the girl over his head. Either way, I’ll take it if it means moving this story forward. Now Anna and Valentin are teamed up against Victor, and soon Laura should be back, and hopefully, they’ll bring her into the loop. 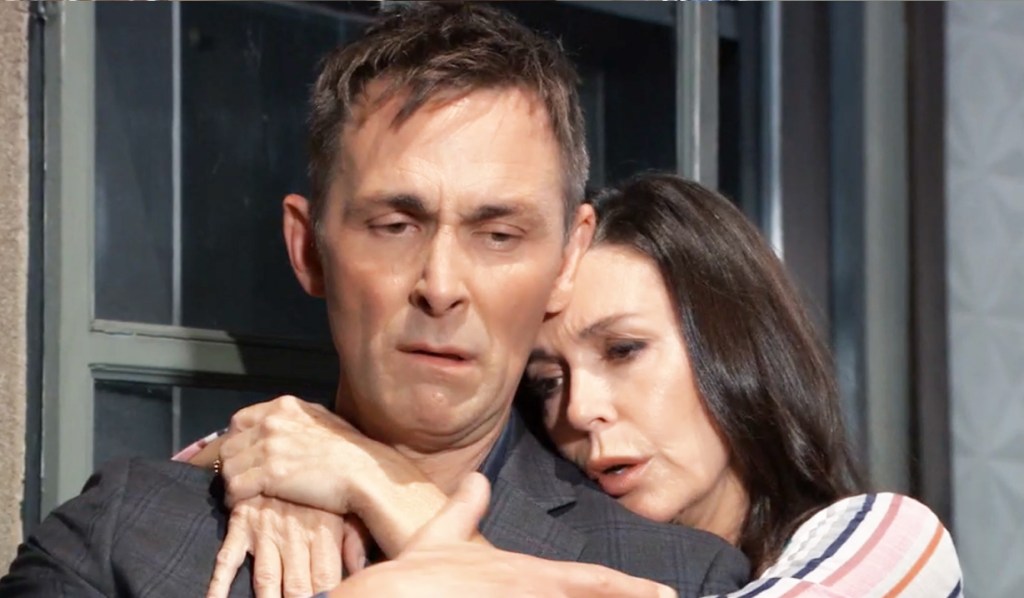 Let’s get this show on the road because it’s been stuck in re-runs for a while now. (ABC screenshot)

Unfortunately, while Valentin admitted he was the one who framed Jennifer Smith, he told Anna that he doesn’t know what Victor’s ultimate plan is. He also seemed to have left out Victor wanting Laura dead, nor did he confirm that it was Victor who had Luke “killed.” Are we to assume he briefed her of all that off camera? Or that he’s still keeping secrets?

More: What not to do when Lulu returns

• I’m thrilled that Brook Lynn and Chase are an item, but the fact they are still going after Linc is not what I want to be watching. You have me on board with BLQ and Chase, but I want to get off the Linc-express. Also, it seems as if they haven’t thought out this plan of theirs. After Linc buys out Chase’s contract from BLQ, my guess is by returning her songs, Linc will still own Chase!

• Sam and Dante moving in together is about as exciting as Michael and Willow are as a couple.

• Carly and Drew are now playing the “let’s figure out what we are” game, while I’m still trying to figure out why I should care about them as a couple. It feels as if they had no one else to put Carly with, and Drew had no story, so why not throw them together?

• Brando and Sasha are defining the merry-go-round couple syndrome at this point because they are just going in circles with Sasha’s addiction and stubbornness. Part of me knows we are supposed to feel for her as she’s still grieving Liam, but the other part of me is over her actions.

• Why didn’t we see Cody and Britt kiss? I can’t be alone in wondering that! Was it for dramatic effect when she came back and slapped him, or maybe COVID safety issues?

• While many viewers still don’t like Cody, I’m glad his presence is giving Mac and Felicia more of a storyline. Though I can’t help but wonder why neither has yet suspected Cody could be Mac’s son.

• The week ended with Spencer penning a letter to Trina confessing all. So how many different hands is that letter going to pass through next week?

These, as always, are only my feelings on the week that was. Join in the comments below and share your thoughts on the soap this week.

Take a look at our gallery below of daytime couples that were teased but never happened. 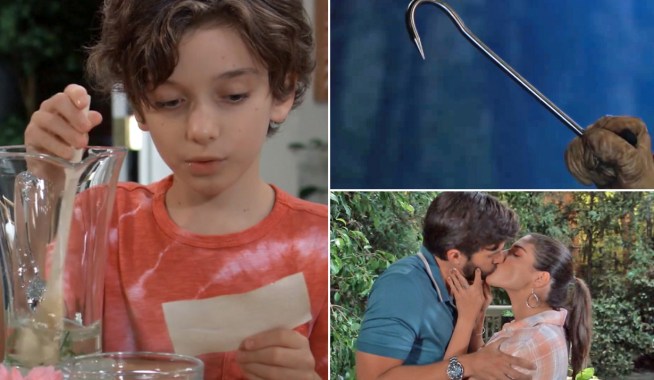 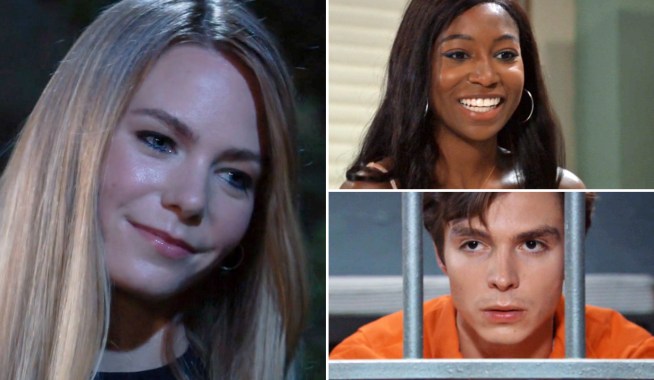