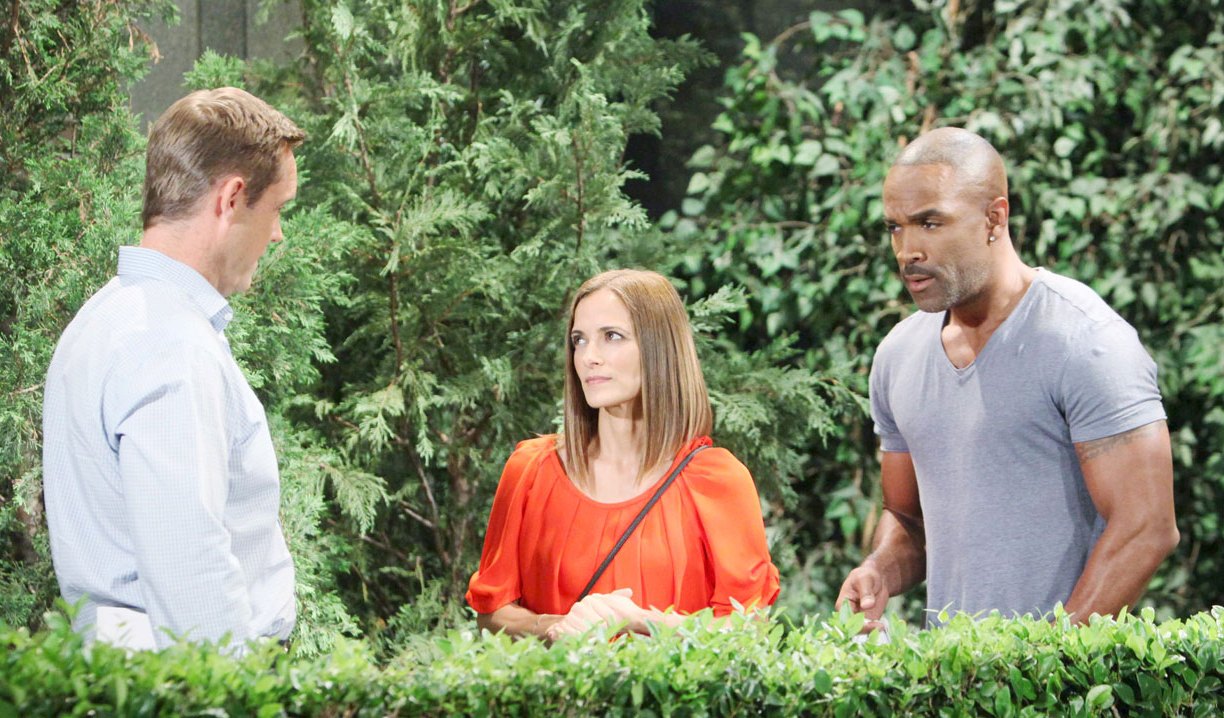 Last week’s drama with Hayden and Finn continued to drag out this week, just Hayden. Likewise, so did the flirtations between Griffin and Ava, and Sam struggling over whether to tell the truth about shooting Sonny. Come to think of it, not much happened this week, it was more of a repeat of last week. We did get a number of cast member returns though.

One of the worst character exits in years.
I’m very disappointed in Hayden’s exit from the show, what with her up and disappearing on everyone and covering her tracks so they couldn’t trace her or even contact her. While it does leave the door open for her return, people will likely hate her if she shows her face in Port Charles again, and rightly so. What is she going to say? “Hey, decided to drop by with your kid Finn, he/she is two now!” or “Hey sis, just was missing you and thought I’d pop by for the holidays!” I really hope the show listens to the outcry from so many fans on social media that writing Rebecca Budig off and in such a horrible way was a mistake, and that they fix this fast.

Michael Easton, as well as many of his and Rebecca's fans, including myself, hope Rebecca will return soon.

Upset at this point with how #Fayden we're just dropped . Makes no sense #Fayden . And @valentinifrank it's not at all natural end pic.twitter.com/V9N59TqhNE

Keeping Sam’s secret.
I really enjoyed Sam’s decent into madness, because it gave Kelly Monaco a chance to really show her acting chops. However, as with much in Soapland, the storyline has dragged on a little too long, and is now getting a bit ridiculous. Some fans have lamented that Jason and Sonny keeping the truth from Carly is silly, because Carly wouldn’t want to see Sam hurt. Lori Wilson agreed in last week’s Deconstructing GH, noting that Carly had softened her stance on Sam over the years and would likely understand. However, I think Carly will definitely fume over Sonny keeping yet another secret from her. It’s just all going to end badly for someone, that is for sure!

Carly should be told. Jason and Sonny should know that Carly won't turn Sam in. #GH

No matter what the situation is, Jason is doing whatever he can to protect Sam and his family at all costs… that's my jason. ?❤ #jasam #gh

Parker’s return.
Ashley Jones returned as Parker, who surprise surprise, is now teaching at PCU. Alexis laid into Parker, who claimed she had no idea Kristina was going to that university now. Alexis laid into Parker after she claimed to have had no idea Kristina was going to PCU now. I was glad Alexis called her ignorance idiotic thinking because the school is in Kristina’s hometown. Parker claims that she has no intentions towards Kristina, but I don’t buy it. The whole teacher-student thing irks me, especially if Parker crosses the lines with Kristina again. While Kristina is not innocent in anything that happened, Parker was in the position of authority and universities have a strict policy when it comes to fraternization with students.

Bee sting.
I don’t know yet if I like the idea of a Griffin and Ava pairing, but given her daydreaming about the possibility of something between them, it seems likely that Ava will take Valentin’s offer to repair her face. Again, I have to point out that Sonny warned her not to do that or he’d come after her. Has she forgotten this? Regardless, the bee sting incident may have been one of the silliest excuses to get a guy’s shirt off for a rub down that I’ve seen. I’m not complaining mind you, but I was wondering why the make-up department didn’t even bother to make it look like he had a bee sting on his shoulder.

More returns.
Not only was Parker back, but Franco finally returned and reunited with Liz. The two finally moved in together, but Franco’s newly returned art collection caused him to have to confront his ugly past. I loved Kiki’s pep talk to him suggesting his collection could be sold and the money used to do some good. I’ve been hoping the show would once again bring Franco’s art back into the picture and make that the focus on his storyline. Then there was Anna and Emma, who returned with the news that Robin had a baby boy named Noah Robert Scorpio-Drake. Anna had Mac fill her in on what Valentin had been up to in her absence. I can’t believe we are going backwards and picking up Anna’s obsession with the Cassadine again! Also, don’t get me started on Emma being caught in another love triangle with Spencer. No more children dating! I’m not sure why they are dredging up Hayden’s old diamonds, which Anna suspects is what Spencer gave Emma as a gift. The writers draft an interesting story for Hayden now that she’s gone. How does that make sense? The only thing I can think of is that Valentin has the diamonds, which is why Anna is interested. Finally, Spinelli made his way back onto our screens, but he and Maxie are still out in Portland. Maxie is determined to unmask the identity of Ask Man Lander. Just do it, and please just end this storyline ASAP! The focus needs to be on Maxie’s return and her and Nathan getting back into a routine as newlyweds. 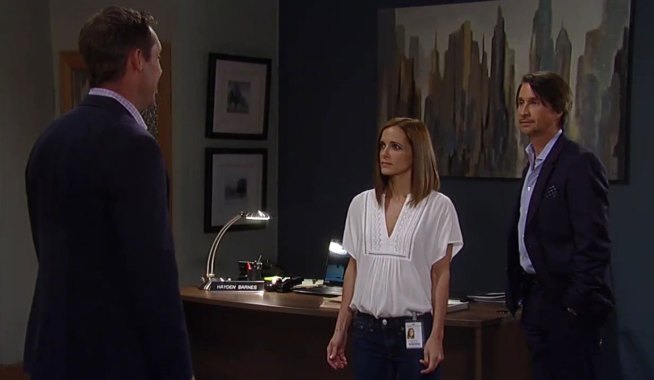 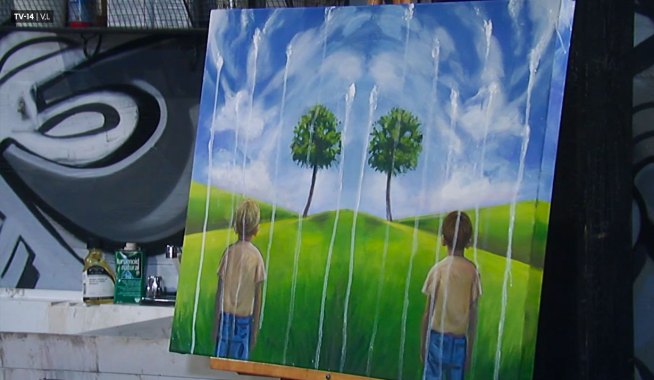