Deconstructing GH: A kidnapping and a burn mask made for great drama 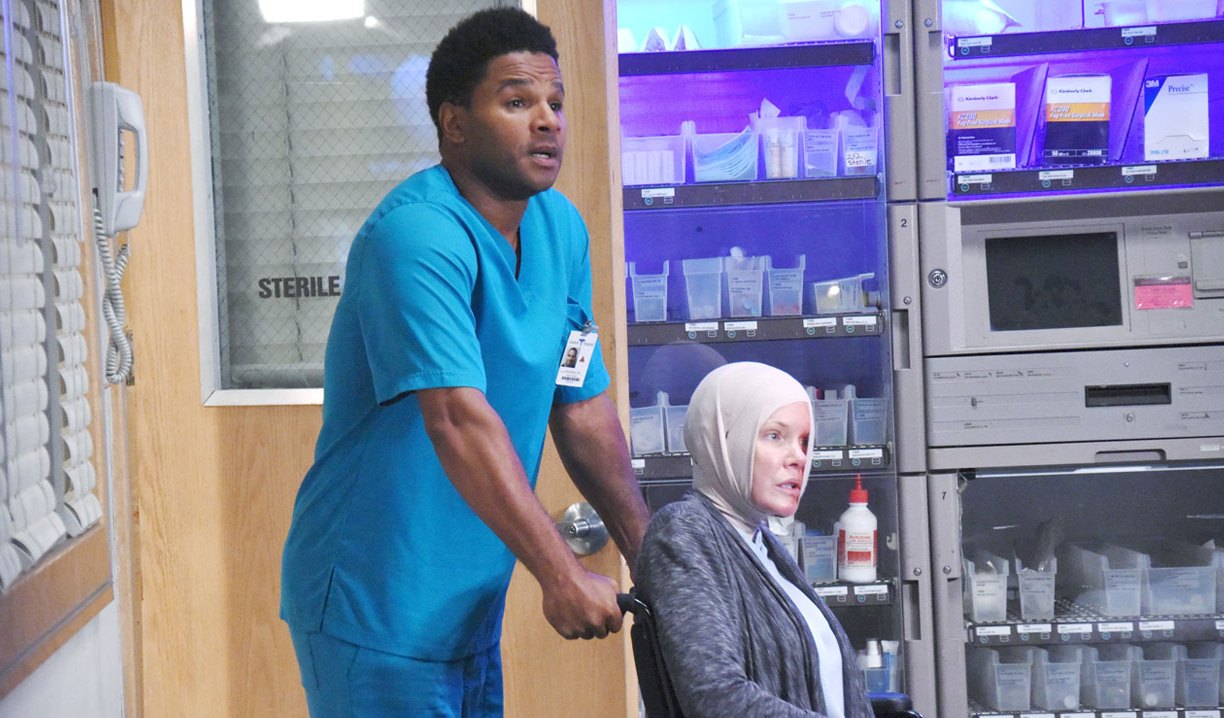 Spencer’s kidnapping added some drama and excitement to this week’s episodes. It was also nice to see Julian, Alexis, Laura and Kevin getting some airtime. However, the Sonny and Carly vs. Ava storyline has gone on far too long and is just dragging things down. There was also a heavy dose of characters standing around discussing what happened in the previous days’ episodes.

Little Spencer is missing.
Spencer lashed out at Charlotte and told her that her papa killed his father, which infuriated Valentin. While I don’t like what Spencer did, he is only a kid who is hurting, unlike Valentin who had the nerve to call Spencer awful things and say he was a bully. Valentin is the bigger bully in this situation, and the anger in his eyes towards Spencer was frightening. I also am glad someone tried to tell little Charlotte the truth about her father, because her “my papa is perfect” attitude was getting old. She’s in for a lot of ugly truths when she gets older. Fortunately, she’ll probably have Nina by her side to help her deal with that, because Nina can’t seem to quit on Valentin.

Charlotte treating #Lante like her baby sitters isn't enjoyable. All about her precious papa. Tptb at #GH just care about Valentin&Nina!

#GH Spencer's anger towards Valentin is justified. You keep preaching that shade young one. pic.twitter.com/gr6ernw3mh

Spencer was kidnapped by an unknown person, sparking panic. I loved that Kevin was by Laura’s side this week, and wish we could see more of this couple. The kidnapping provided for delicious scenes between Laura and Valentin, with Laura letting him and Nina have it. Watching her beam Valentin on the head with a board was spectacular! Laura brought Sonny in to help find the boy, and Sonny noted that just when he was getting out of the business he is dragged back in. Given the evidence against Valentin seems to be overwhelming, it’s likely he’s innocent. I wondered in last week’s Deconstructing GH if Nikolas could be alive, which would mean he could have taken his son. However it could be that Spencer’s kidnapping was orchestrated by someone who has it out for Sonny. I polled viewers on Twitter about the kidnapping and most felt Nikolas was behind the kidnapping, but a very close second was that it was someone not listed as an option.

#GH fans, who do you think kidnapped Spencer?

Ava faces the music.
Ava was released from the hospital, only to be terrorized by Sonny and Carly again. I’m not sure if we are supposed to feel bad for Ava, Sonny and Carly, or all of them at this point. I was glad Carly suggested she and Sonny try and move on from their hate for Ava, because it would only hold them back from moving on and being happy. Sadly, we know they won’t be able to do it and will keep harping on her. Many feel Ava deserves it, but others are getting sick of Carly and Sonny’s moral superiority.

I get that I'm SUPPOSED to feel for Carson & find it justified. But I'm just horrified at how heartless & awful they are. #unrootable #GH

Seeing Sonny.
Sam’s delusions continued, and frankly have been going on a week longer than necessary. Jason agreeing to help Sonny find Spencer pushed Sam overboard and sent her on a mission. Her visit with Ava was a wonderful scene with amazing dialogue. Watching Sam help her aunt put her burn mask on while she spoke of karma and Sonny finally paying the price was creepy and haunting. At the end of Friday’s episode Sonny received a text message with a photo of Spencer locked in the basement. I couldn’t help but wonder if Sam has kidnapped him as part of her plan to make Sonny pay.

Shocking! Curtis and Jordan call it quits.
After learning the life Auntie Stella gave up to care for Curtis and his brother when their mother fell sick, Curtis felt guilty and decided he couldn’t juggle taking care of his auntie and dating Jordan, so he broke things off with her. Yawn! We all knew this was coming, and I think it’s obvious that Curtis is going to track down Auntie Stella’s former fiancé. That’s assuming she has one and didn’t make him up.

Obrecht feels sorry for herself.
Obrecht found herself feeling useless, so she tried to pitch a medical column for Nina’s fashion magazine, which was just out and out ridiculous. I don’t even understand why the writers wasted time with that scene because it made no sense, which Nina pointed out! Watching Obrecht tell Lucy off for not using her more in The Nurses’ Ball was amusing, and she was right. Obrecht’s performances were the best ones of the last few years.

Julexis still has that magic.
Julian and Alexis discussing his upcoming trial, and Alexis grilling Julian about the lack of evidence that existed to prove everything he did was because his sister was threatening him, were terrific scenes.

When Julian had Alexis re-read the letter he left her if he should die, and they both ended up in tears, it just showed how excellent these two can be when written well.

Deconstructing GH: Returns with a...