Deconstructing GH: A shocking scene was a missed opportunity 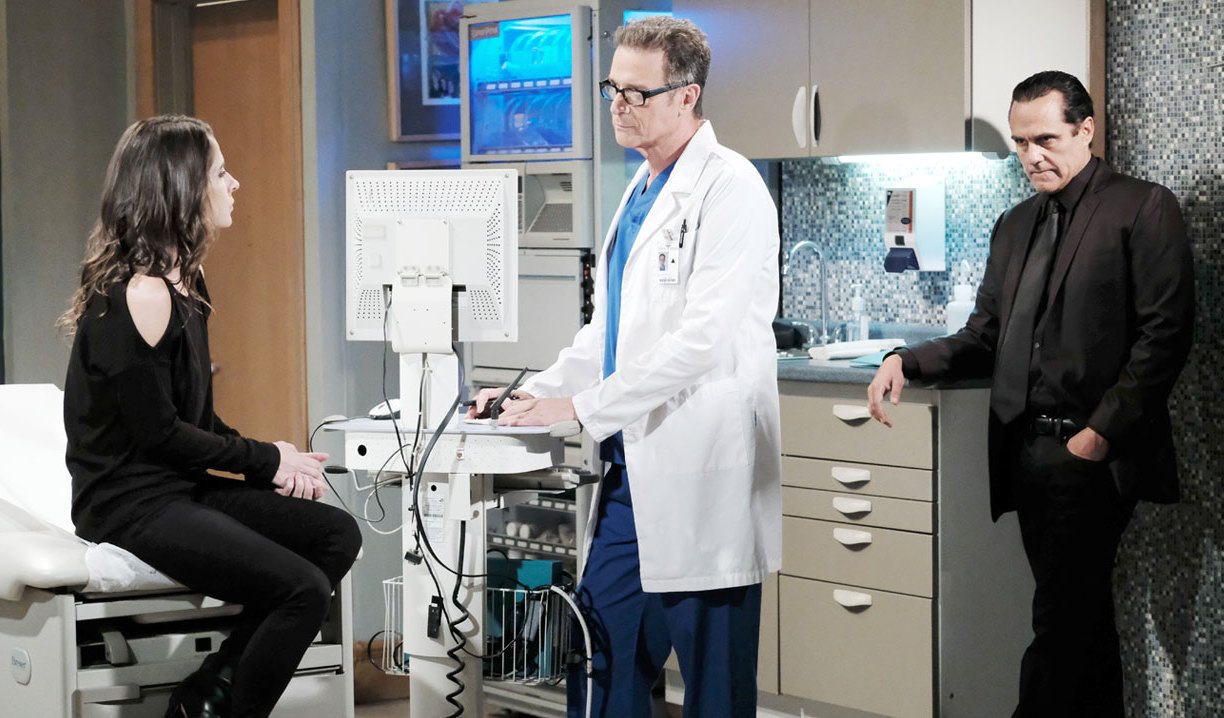 It was a shorter week in Port Charles due to the Fourth of July holiday, but the episodes we got were full of fun and laughs, with some serious moments thrown in. It’s just too bad the biggest moment of the week wasn’t real.

Painfully predictable.
In last week’s Deconstructing GH, I glowed over Kelly Monaco’s performance as Sam dealing with whatever is causing her to have these fears and hallucinations of an evil Sonny coming after Jason. Viewers were stunned when Sam, in one of her delirious states, stabbed Sonny. Of course, it was easy to guess this was going to be all in her head, and the next episode confirmed it. This was a huge opportunity for the writers to do something different and actually have had Sam done it, rather than predictably make it a soap daydream. The show would never kill off Sonny, but the drama that would have resulted from Sam having stabbing him during a psychotic episode would have been delicious to watch.

these #gh writers don't have the nerve, guts or originality to actually make something meaningful on the show.

The show missed the mark again by casting soap vet James DePaiva as Sam’s never before mentioned doctor, Dr. David Bench. As they did with Jennifer Bassey, who is playing Nathan and Amy’s editor, it seems the show believes by bringing in soap favorites that they can generate excitement and buzz. It only works if they are given roles we care about though. Sadly I’ve already forgotten about both of these characters.

Stella’s down, but not out!
Aunt Stella went and had herself a stroke after Curtis stood up to her and told her that he was going to be with Jordan whether she liked it or not. As it turned out, she wasn’t faking it either, and she has a history of them. We can all see the writing on the wall here. Stella will use her health to try and drive a wedge between Curtis and Jordan, and Jordan will break up with Curtis for the umpteenth time because she’s afraid of the stress giving Stella another stroke. Yawn!

Revisiting the Anna and Valentin drama.
Nina received a call from Valentin, who is in prison in the Netherlands waiting trial by the WSB. He hinted that he was likely going to be made to disappear, which sent Nina into a panic and she pulled Anna in to help. Anna foolishly didn’t believe the WSB was crooked enough to do that to Valentin. Hello Anna, you are not new at this job! I find Valentin a fun and complicated character, but Nina needs to start getting over this victim routine. We had to listen to her go on another tirade about how Anna and her sister ruined her perfect life with Valentin. It wasn’t perfect, and her constant harping about it is getting old.

More: Soap opera stars get into the patriotic spirit of the Fourth of July

Let’s get married, but first bring on the strippers!
Ned’s bachelor party was about as fun as watching paint dry. It’s pretty sad when the most exciting thing that happened was a fire in a trashcan, and even that was boring. Olivia on the other hand brought the fun. Watching her get trashed and then manhandle a real fireman, who she thought was a stripper but was there for the fire, was hilarious. I loved seeing her thrown in the slammer and called a streetwalker by the new cop at the PCPD when she tried to tell him she was Dante’s mother. Even Olivia admitted her outfit, a negligee, boa and cheap tiara, didn’t help her case.

I am living for these Olivia drunk scenes with Laura!? I wanted them to have more scenes! @GenieFrancis @lisalocicerogh #GH Olivia’s drunken escapades threatened to ruin the wedding when her photograph was splashed all over the tabloids and she felt ashamed, but Ned convinced her it didn’t matter and the show went on. The couple was married, and of course Ned had to sing a song to his new bride. I was shocked that there wasn’t blood shed when Carly and Sonny learned that Michael brought Nelle as his date. I thought Carly might push Nelle over the Metro Court balcony while they all watched the fireworks at the end of Friday’s episode given the way she was glaring at her.

Stormy waters ahead for Julexis.
Though the popular couple wasn’t on this week, they were all over social media. The news broke that William deVry may have taped his final scenes on General Hospital as Julian Jerome. To lose this actor would be a huge blow to the show. While his character has become unpopular due to the horrible writing for him over the past year, the chemistry between deVry and Nancy Lee Grahn (Alexis) is amazing. It would be hard, if not impossible, to fill his shoes and see any other man with Alexis moving forward.

I absolutely love Julian, you forget he's a soap character, added bonus @WilliamdeVry1 might be the hottest actor on TV.

These are only my thoughts on the week. Feel free to leave your own opinions in the comments.

Deconstructing GH: Returns with a...