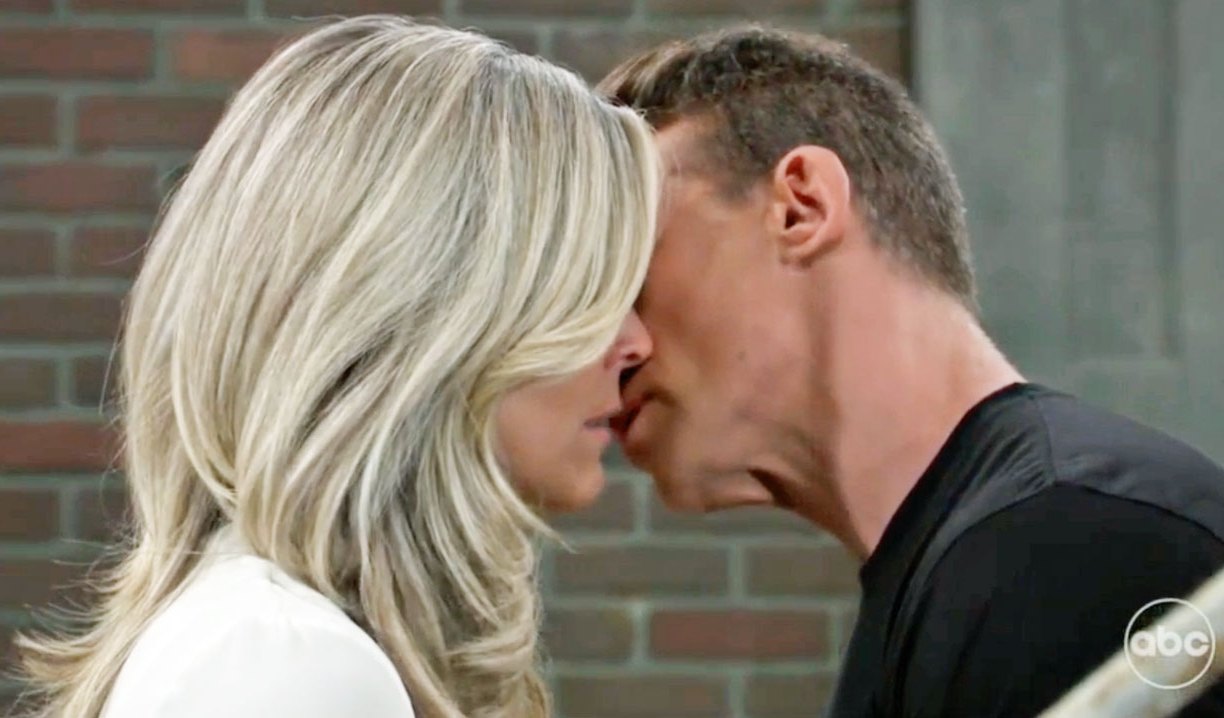 General Hospital definitely had people talking this week. Several interesting tidbits surrounding the younger crowd’s parentages were dropped and got many viewers thinking. However, it was what was going on in Nixon Falls, and what developed between Carly and Jason, that really had people fired up. Let’s dig into all that happened in Port Charles.

Carly and Jason’s wedding day started off with Carly getting a visit from Monica, who wanted to try and forge a cordial in-law relationship with Carly for Jason. Many viewers were upset and felt they were softening Monica’s character and her dislike of Carly for the sake of playing up Jason and Carly, but what happened next really got fans riled up. Carly and Jason professed that their old feelings for each other were re-emerging, and shared a kiss. Many were outraged at the writers’ playing fast and loose with history to suit the current narrative.

We all know I loved jarly back in the day. What the hell is this? Last week Jason was looking miserable and wanted Brit. Carly stop the first kiss Jason was about to lay on her because she loves Sonny. Now Sonny was second choice? And Jason has always been in love with Carly? #GH

Wait… Just 2 secs ago Carly was distraught about having to finally let Sonny go and Jason was supposedly torn up about not being with Britt… but we jumped straight to “We can finally be in love with each other again.” (Which they never even were in the first place…) #GH

While some feel Jason and Carly have been destined for this since the beginning, many were furious that the show has made it appear that Carly pushed her feelings for Jason aside for all these years after sleeping with Sonny, and Jason did the same. As for Robin, some feel as if the show just steamrolled over what Jason and Robin once had to make it all about Carly. As Nina cried in Friday’s episode, “It always comes back to Carly!” 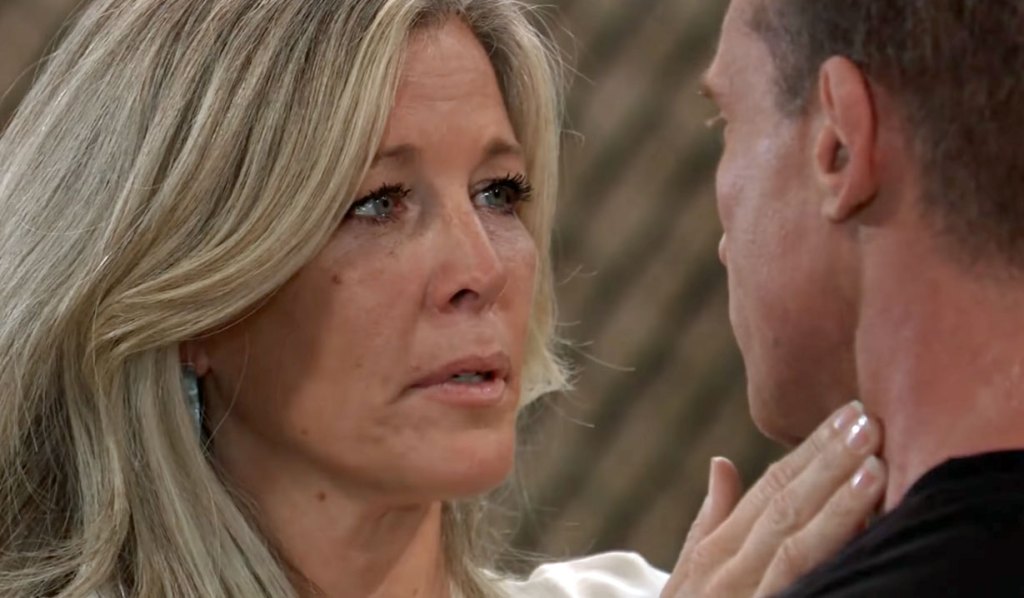 As I have been writing for a few weeks, the show pairing Jason and Carly, as repulsive as it might be for many, was the soapy thing to do in order to cause major issues when Sonny finally returns. Finding his wife and best friend now married and in love makes for good drama. However, there was no need to play around with history. Rather than complicate everything with Britt and Jason’s one-week romance, the show should have simply focused on Jason and Carly’s grief over the loss of Sonny, and the issues with the Five Families, which naturally would have brought them closer. As it stands, Britt is the only person in this entire messy story that I actually feel sorry for because she got dumped on to prop up Jason, Carly and Sonny.

Over in Nixon Falls

Over in Nixon Falls, Jax was stunned to confirm his suspicions that Nina’s new man was in fact Sonny. Just as it looked like Nina was slowly beginning to face the reality that what she had with “Mike” was likely not going to last, she did a 180 and begged Jax to keep the secret and let Sonny stay dead. Soaps love to drag scenes out by filling them with storyline recaps, trips down memory lane and pointless bantering, and this was no exception. After so many months of dealing with this frustrating storyline, all we viewers want is for someone to tell Sonny the truth already. 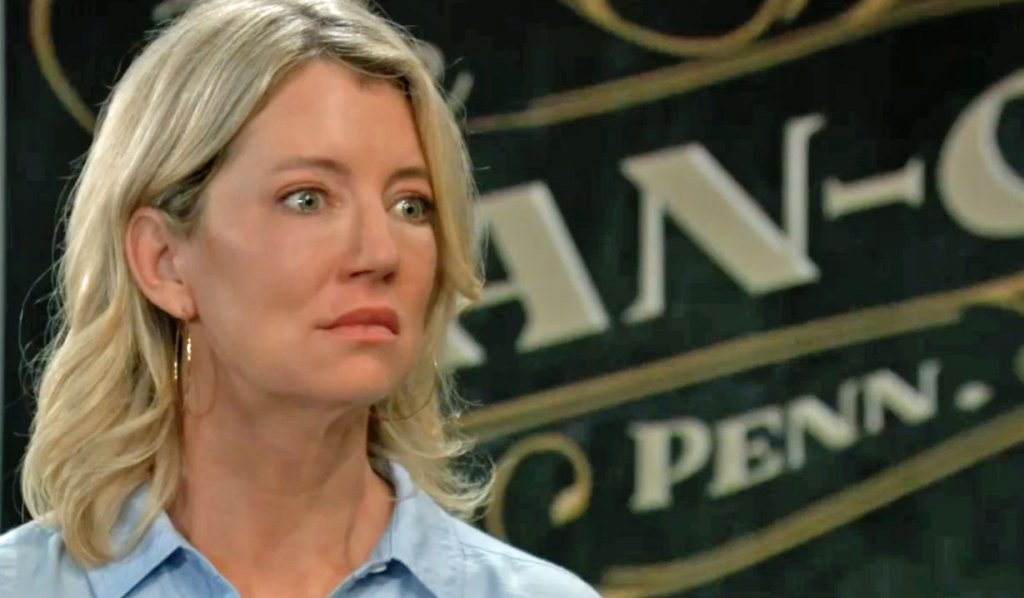 Sadly, just as Jax got through to Nina, Peter resurfaced like a bad skin rash that refuses to go away. My prediction? Peter can’t lose his leverage over Nina, so Jax is probably in a whole lot of danger right now. I don’t think the show will kill Jax off, but something will happen to him in order to keep stretching this storyline out until November Sweeps. I pray I’m wrong though!

The Mystery of Esme Deepens

Upon visiting Ava at her gallery, Esme dropped a major clue as to who she may be when she revealed she along with her siblings were all adopted. I noted in last week’s column that I thought Esme could be Ava’s long-lost daughter given how much the actress looks like Maura West and Hayley Erin. However, so many others on social media believe she’s Ryan’s daughter. Honestly, either or would work, though I’m still leaning towards Ava. Ryan’s almost fear of Esme’s presence at Springridge has to be another major clue as to who she is because Ryan isn’t afraid of much. 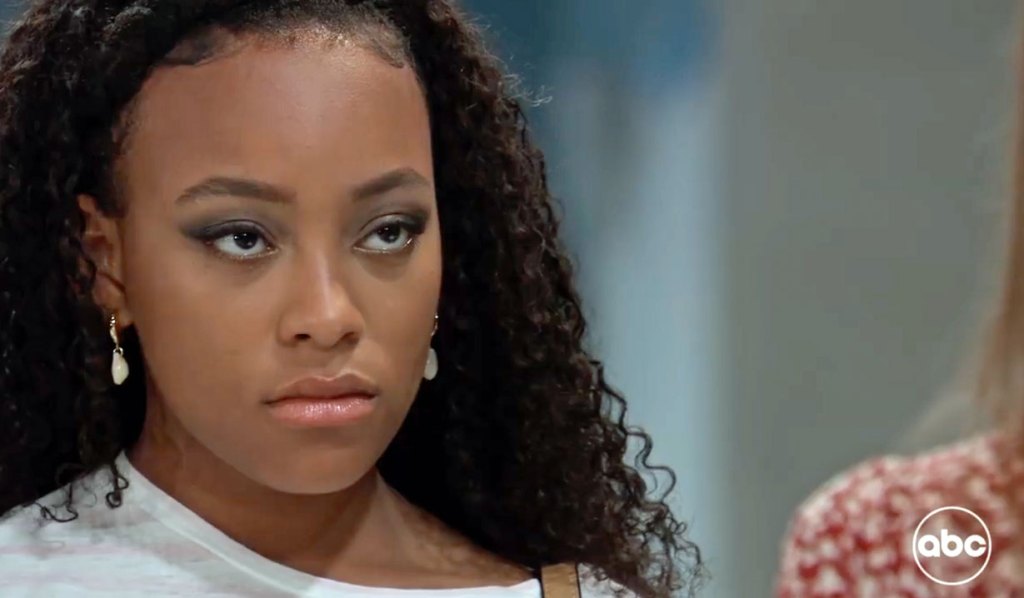 Meanwhile, Trina is clueing in more and more to the fact that Esme could be Ava’s stalker after her Kiki/Lauren slip-up. I think we’ve only seen the tip of the iceberg when it comes to how crazy, and dangerous, Esme potentially is. And Joss calling Esme a bitch with a capital B was hilarious, and right on the money.

More: Your guide to Chicago Med and more

Jordan and Shawn’s search for Naomi’s killer intersected with Sam and Curtis’ search for Drew, with a mystery man in the middle of it all. Naomi was accompanied on a flight by someone she knew, and Sam believes the mystery person on Drew’s doomed flight was also someone he knew. Could they be the same person? It’s looking less and less like Peter is involved for once and it’s someone else. But who? Fans have been dying to see Jerry Jacks return for years, but what would he want with Hayden and Drew? They’ve already re-introduced Victor Cassadine, but again, how does Hayden fit in? Hayden’s part in all this seems to be the million-dollar question right now. 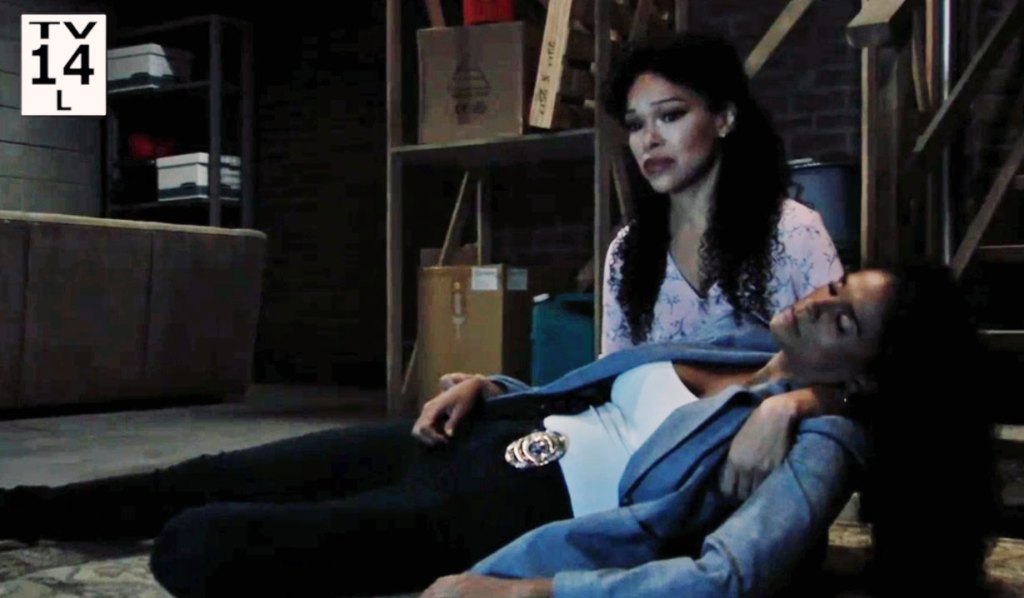 While searching the abandoned house for the man who may hold the answers, someone trapped Portia and Jordan in the basement and turned on the gas. With Jordan unconscious and fearing she was next, Portia lamented that she couldn’t die because she’d never told Trina the truth about her father. So after all this time, we are finally returning to this storyline? Most viewers have suspected Trina was Curtis’ child since Stella and Trina both did Ancestry tests and Trina discovered she had a family connection in Port Charles. However, as the writers so often do, they dropped it, and Portia has been adamant that Curtis is not Trina’s father. My guess is this is going to be a major part of reuniting Jordan and Curtis. Even though she was unconscious, Jordan likely will eventually remember hearing Portia’s confession and will be key in exposing the truth to Curtis.

I enjoyed Austin’s scenes and storyline with Leo. It was a nice change of pace from the ELQ stock drama and showcased a softer side of his character. The show is also clearly paving the way for an autism storyline involving Leo. Where this is going though? I guess we’ll all have to wait and see.

As always, these are simply my opinions. Please visit the comments section to share your feeling about General Hospital this week, and check out our gallery of Jason Morgan over the years. Also, be sure to get your free daily soap-opera fix for General Hospital — and all of the other daytime dramas — delivered straight to your email inbox by signing up for Soaps.com’s newsletter. 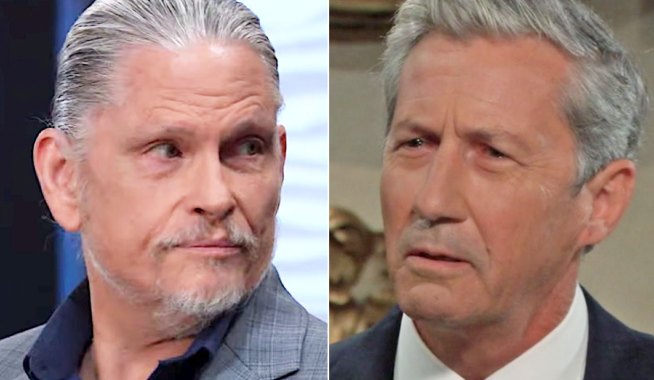 Cyrus Renault and Victor Cassadine's Returns Are Stirring up Trouble on General Hospital — And Have Us Wondering Who The Show Will Bring Back Next? 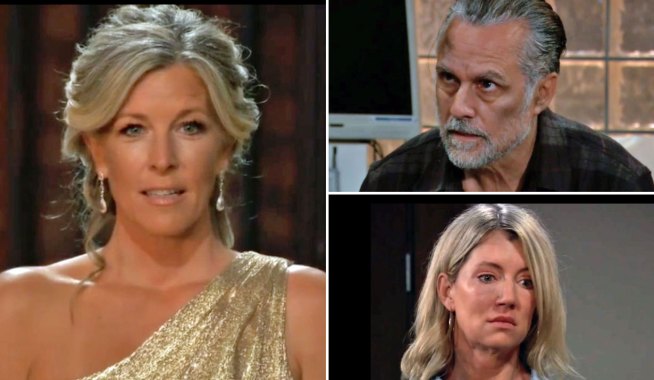