Spencer and Trina Just Proved That General Hospital Fans Can’t Have Nice Things. Plus, Did the Show Just Tell Us When Sonny’s Coming Home? 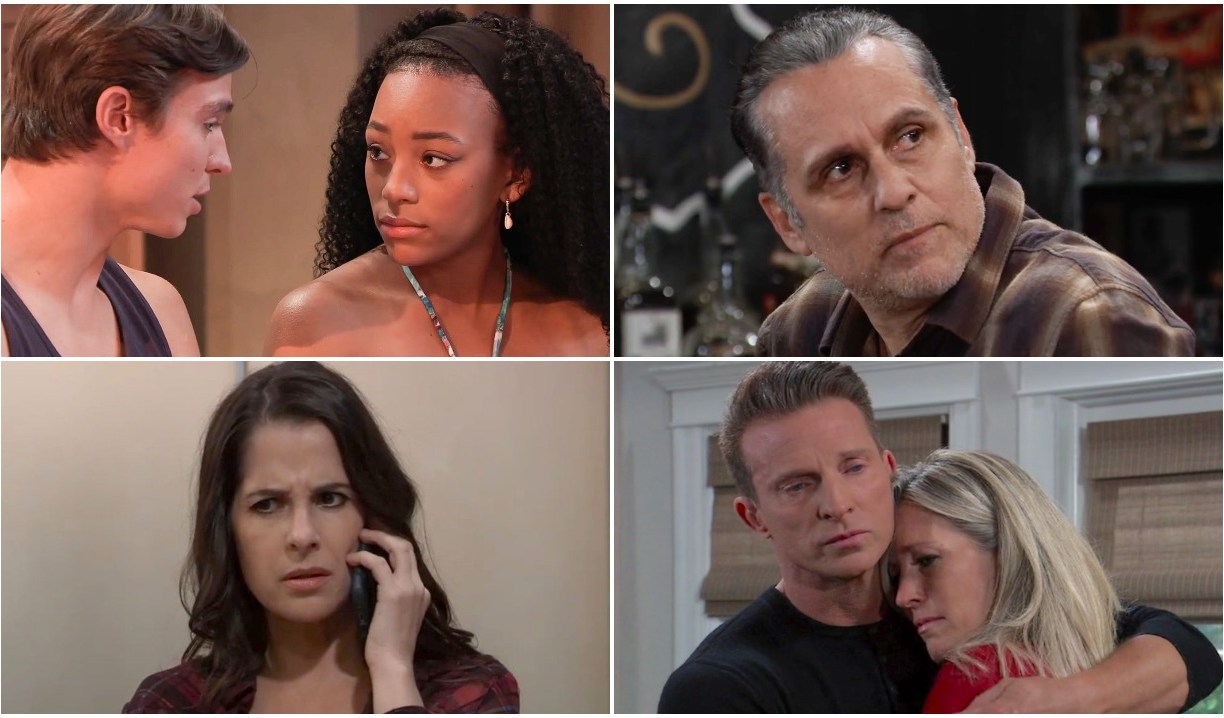 Because your regular General Hospital columnist, Dustin, thinks days off are an actual thing, I’ll be stepping in for him this week to discuss Spencer’s creepy new girlfriend, Jason and Carly’s nonsensical wedding plans, Nikolas’ imminent induction into the Bad Parenting Hall of Fame and more. There’s an awful lot to talk about, so we’d better dive right in.

I’m not sure why the writers felt the need to have Spencer throw a party that we never got to see. They could have told the exact same story by simply having Spencer invite his pals to Wyndemere. At one point, he explained that the whole thing was essentially done to impress Trina, but he should know by now that a smaller, more intimate gesture would have been far more effective in that regard. 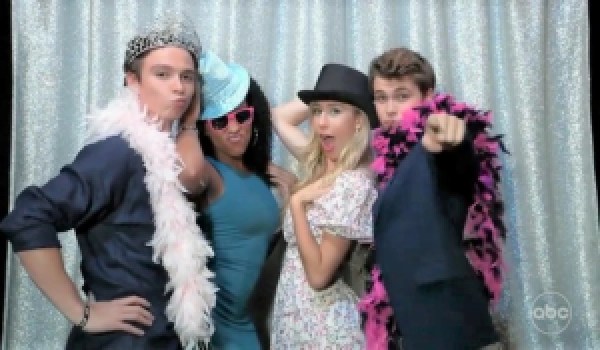 Sure, the soap didn’t shell out money for party guests, but they went all-in on props.

The fact that the island was overflowing with invisible teens had no impact on any aspect of the story, including Nikolas’ boneheaded decision to mount a reboot of Scream with his son in the role of Hapless Teen No. 1. Perhaps Laura put it best when she asked Nikolas, “How did you think this was going to turn out?” I mean, in what universe did this sound like even a remotely good idea?

The real shocker of the week came when that creepy nurse who’d been stalking Ava showed up at Wyndemere and revealed that she was Spencer’s accomplice/girlfriend. It was a decent twist, but it left me — like many other fans — throwing up my hands in frustration. Of course Spencer has a secret girlfriend (who appears to be nuttier than a fruitcake). General Hospital is bound and determined to make sure there are no happy couples on the canvas. 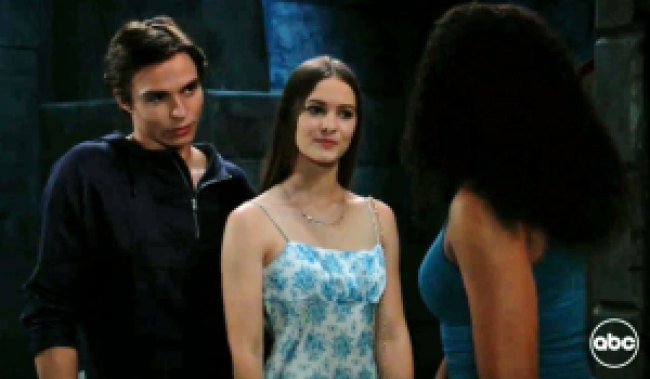 “Hello, my name is Esme, but you can call me roadblock.”

I presented this theory to my best friend/co-worker Charlie, who was quick to try and prove me wrong.

I’m pretty sure I won that particular debate. 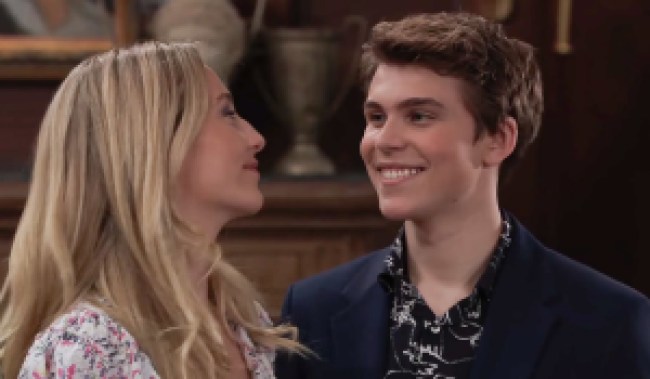 Dial back the happy smile, dude, or you and Joss will be next!

More: Did Nikolas go too far?

As for Spencer and Trina, Esme’s arrival was a double blow, because even if she wasn’t his girlfriend, his conversation with her made it clear that he is the one who was stalking Ava, which means he’s been lying to Trina.

At this point, I’d like to ask Spencer the same question Laura asked his dad: How, exactly, did you see this playing out? Did you plan to keep Esme busy stalking your stepmom while you wooed Trina? And how, exactly, did you keep Esme from coming to this blowout party she had to have known you were throwing?

No other current soap is as good at keeping the audience on its toes as General Hospital. But sometimes, the pacing is maddening. For what feels like ages, we’ve been told that the only way Jason and Carly can keep the Five Families at bay is by tying the knot. So why haven’t they done it already? Shouldn’t Jason’s reaction to Madame Wu (whom, by the way, I kinda love) threatening to have Carly eliminated been to grab Sonny’s widow and head for the Justice of the Peace? 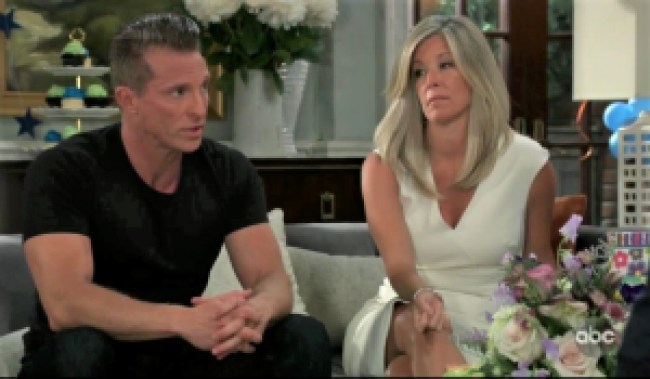 Ah, look at the happy couple!

Instead, Carly made a big show of trying to figure out exactly when she could squeeze in a wedding. I mean, what’s on he calendar, exactly? Sure, she owns the Metro Court but it’s not like Olivia couldn’t run the place for a day. In any case, Jason and his bride settled on September 17th as their big day… which, unless I miss my mark, means that’s when we can expect to see “Mike” pop back up in Port Charles.

I’m kinda frustrated with soaps giving away big twists. Two weeks ago, it was Bold & Beautiful making sure everyone on the planet knew about Sheila’s return rather than shocking the audience. This week, General Hospital confirmed that Cameron Mathison would be playing Drew and even showed his first scenes.

Of course, even without the advance warning we would have probably been able to guess that Sam’s husband was about to be resurrected given that she and Dante were getting closer and we’ve already discussed GH‘s whole “No Happy Couples” policy. The big question is who’s holding Drew hostage, although the better question might be why. If, as his guard keeps insisting, the intent is that Drew never, ever be released, then why keep him alive? You have to hire someone to watch the guy, feed him… seems like poor resource management to me.

I did, however, like that the show gave us some “flashbacks” of Drew talking to his daughter, Scout. Watching him sit in a cell talking to himself isn’t particularly compelling drama, and this helped remind us of his connection to not only the canvas but Sam. 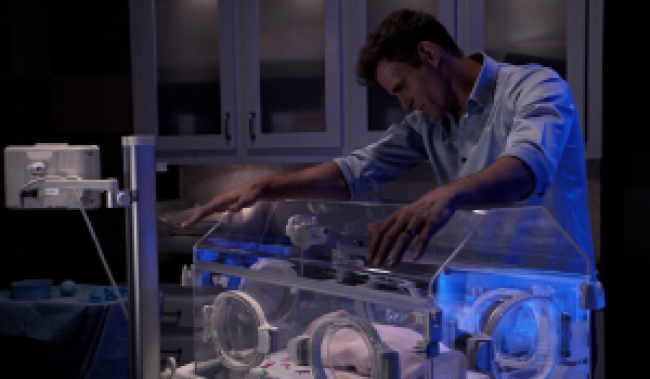 It was while flashing back to this moment that Drew realized he probably should have fought Sam on the name Scout.

• When Laura and her husband headed out to Spoon Island, didn’t you assume that Spencer would mistake Kevin for his demented twin? I was sure Kevin would wind up being shot or stabbed, accidentally, by Spencer. Seems like a major missed opportunity to further illustrate just how ridiculously misguided Nikolas’ attempt to have a “teaching moment” was.

• It was kinda ridiculous for Dante to suggest that Sam was considering “the unthinkable” by suggesting Drew might be alive. I mean, wouldn’t the fact that she’d already had one husband come back from the dead indicate it was a possibility… especially considering how many of their friends and neighbors have also had it happen?

That’s it for me this week. Dustin will be back to guide you through next week’s episodes, but until then why not visit the comments section to share your General Hospital highs and lows of the week. And make sure to check out our photo-packed gallery in which we spend a little time getting to know the real-life loves of your favorite Port Charles residents. 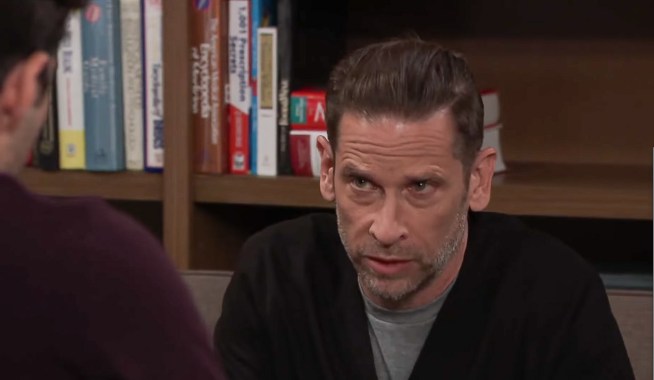 Did Tracy Unintentionally Create Another Bad Seed Quartermaine in Austin — Plus, How Will Lenny’s Death Shake Up Nixon Falls?

Peter's Unwelcome Return From the Dead Could Finally Bring an End to Nina and Mike — Plus, Who Is the Mystery Prisoner? 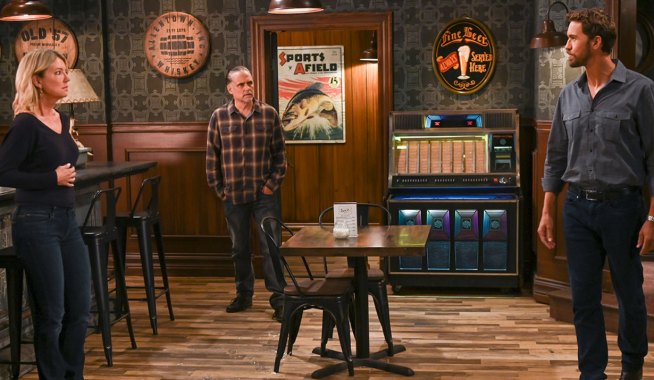