Deconstructing GH: A diverse week that ended on a high note 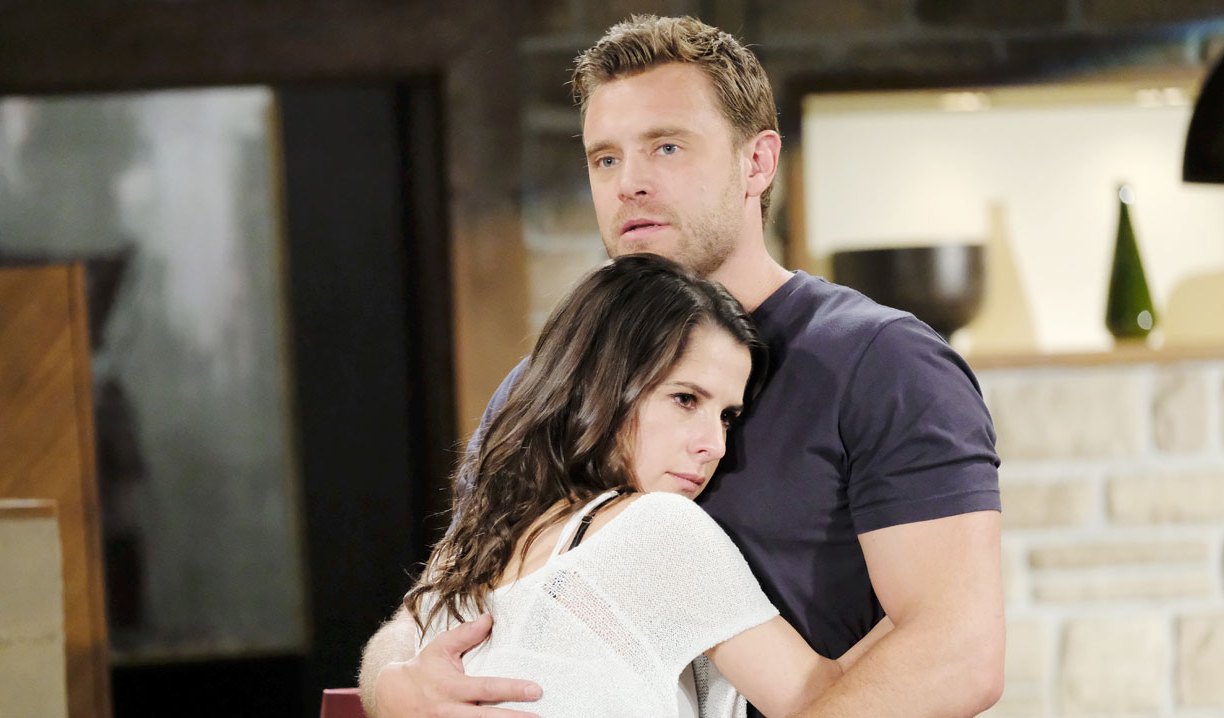 There was a little more storyline diversity this week what with Kevin and Laura, and the Jerome siblings being featured, so it wasn’t so Carly and Sonny-centric. Still, the casting shake-ups behind the scenes were more exciting than some of the storylines.

Everyone’s getting out of the business.
First Julian decided to get out of the mob, and then his sister Ava followed. Though Julian was dragged back in by his other sister Olivia, he’s back out again. Now Sonny has vowed to get out in order to be with Carly and protect his family… Okay, now that I’ve picked myself up off the floor from a laughing fit, I cannot wait to see how this plays out. Sonny told Julian over and over that he’d never be out of the mob and didn’t believe him when he said he was, so it should be interesting to see how others treat Sonny for trying to do the same thing. I think it is long overdue that the mob storylines take a backseat, but for some reason I feel this storyline is going to set up a new mob family in town, or perhaps the return of an older one.

maybe they can start a support group #exgangstersanonymous

The Jeromes.
The scenes of Julian begging Ava to fight, and Ava wanting to give up and accept what she’s got coming to spare Kiki anymore pain were superbly acted. I always enjoy Julian and Ava together, and laughed when Julian offered to sneak some vodka into her protein shakes. Ava and Scott’s scenes were heartbreaking, and I actually felt for Scott when she told him to get out of her life because she didn’t have much to offer him anymore. Normally I just think he’s slime.

Joss can’t even throw a proper party.
I’m not a huge fan of the teen scene on soaps. Sometimes the storylines, when well written, can be interesting. Most of the time though I find they aren’t my cup of tea. Joss rebelling against Carly is long overdue, even though it is also an expected storyline given Carly’s history. However poor Joss can’t even throw a good party. Nothing got broke, nobody was arrested, and nothing got stained with puke. She almost got away with it but left one lone beer bottle out that Carly found. When she lashed out at Carly and stated she wanted to go live with Jax, I thought to myself, “Bye Felicia!”

Joss musta got her lying skills from Jax cause she sure didn't get them from Carly #gh pic.twitter.com/XMI8DEdbGg

Spencer hires a hitman.
I noted in last week’s Deconstructing GH that Spencer is an over-the-top character that annoys some viewers to no end. I like him, and his storyline this week was a good example of why. I adored him trying to hire Alexis to try and help him get Wyndemere back, and then going to his Uncle Sonny to have a hit put out on Valentin to move things along. Sonny giving Spencer a talking to was fantastic, but then again, Spencer and Sonny’s scenes together are always amazing. Spencer’s presence also means we get great Kevin and Laura scenes.

Sam’s mystery ailment.
I am really enjoying Sam’s mysterious sickness. Kelly Monaco is doing a great job with the material. Sam’s visions of danger, especially involving Jason, have me wondering what is to come given the big news that Steve Burton is returning to General Hospital. I actually like Billy Miller as Jason, so I am against any type of two-Jasons storyline unless it is impeccably written. Unfortunately, most of these “Who is the real X” stories on soaps often end up falling flat.

Just when it was getting good!
I haven’t always enjoyed Finn and Hayden’s storyline over the past year, but I have enjoyed Hayden. Her relationship and storyline with Nikolas was great, I loved her warming up to being a sister to Liz, and her friendship with Curtis has always been fun. This week Hayden hired Curtis to help her prove Obrecht was behind tampering with Finn’s drug screenings, and Monica jumped right in to help just to stick it to Obrecht. Things seemed to be looking up, and then the news came that Rebecca Budig was being written out of General Hospital. Seriously? Her character had so much potential and I feel it was wasted on the horrible Blackwood Syndrome storyline involving Finn, which dragged out far longer than necessary.

Budig can act. They created a legacy character and never had her interact with her father. Or any family members really. Smart. #GH

Fun and romance end the week.
Seeing that General Hospital won’t air on Monday and Tuesday due to The Fourth of July, Friday’s episode was a fun way to kick off the holiday weekend. Ned and Olivia celebrated their upcoming wedding, though fireworks will truly go off when Sonny and Carly see Michael with Nelle at the wedding. Andre and Anna boogied down to some disco, which may be the start of a long overdue romance for them. For a moment I thought, “Oh no, they better not tango!” The disco scene was a nice nod to Finola Hughes’ first breakout role in the “Saturday Night Fever” sequel “Staying Alive.” Of course watching Obrecht being arrested for tampering with Finn’s samples was the icing on the cake, but I’m sure we haven’t seen the last of her.

This in just an opinion piece. Feel free to leave your own in the comments.