Did Tracy Unintentionally Create Another Bad Seed Quartermaine in Austin — Plus, How Will Lenny’s Death Shake Up Nixon Falls? 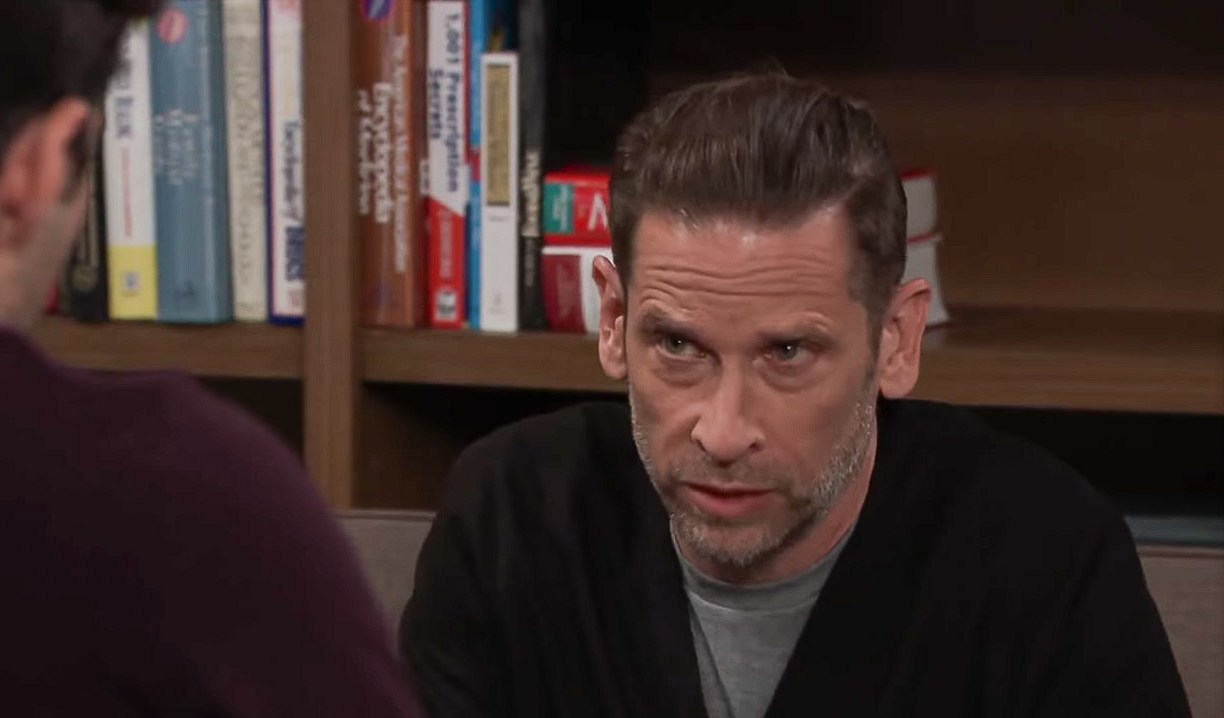 General Hospital opened with a bang this week with the murder of Hayden’s mother Naomi. The surprises kept coming with Tracy causing trouble from afar, and Nikolas finally realizing Spencer was the stalker. Sadly, Lenny passed away, but this turn of events could be a game-changer for “Mike” and Nina. Let’s get to discussing!

We Hardly Got to Know You

Poor Naomi had only been back in Port Charles for a hot second before she was murdered. Her murder only convinced Shawn and Sam that she knew exactly what had happened to Hayden, and someone was going to great lengths to make sure she wasn’t found. Obviously, Nikolas doesn’t want Hayden to return, but would he resort to having Naomi killed? He’s been so invested in the stalker that I don’t think he has the time to be bothered by Naomi. 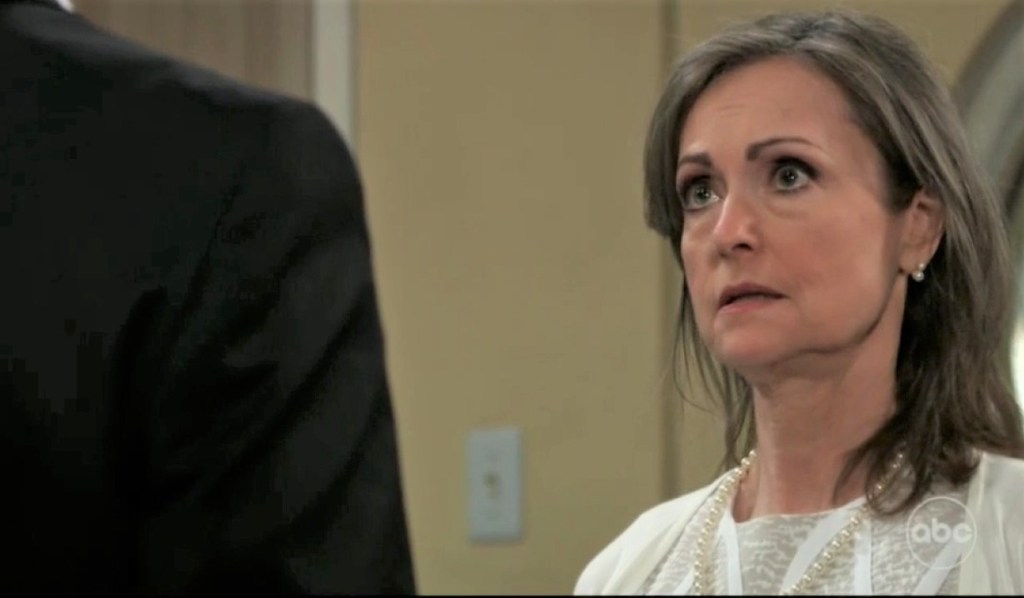 We got a quick glimpse of the man who killed Naomi, and he appeared to be dressed in a black and white suit and sporting a beard. Now he may be a nobody, a hired hand, but my first thought was naturally, “Oh no, it’s Peter!” However, I can’t think of any reason Peter would want Hayden to stay missing unless she stumbled on to something about Drew? Because we now know Cameron Mathison is taking over as Drew. My mind is also wondering if there is any way the writers could also somehow connect this to the kidnapping of Holly?

Did Tracy Create a Monster?

She’s not even in town and she’s still causing problems for her family. Yes, I’m speaking of Tracy Quartermaine! Ned heard from his mother, who had been expecting Austin to turn up at some point, and revealed she tried to thwart a reconciliation between the dying Edward and Jimmy Lee Holt years ago. So in her greed and desire not to split the family fortune further, did Tracy create someone just like her? 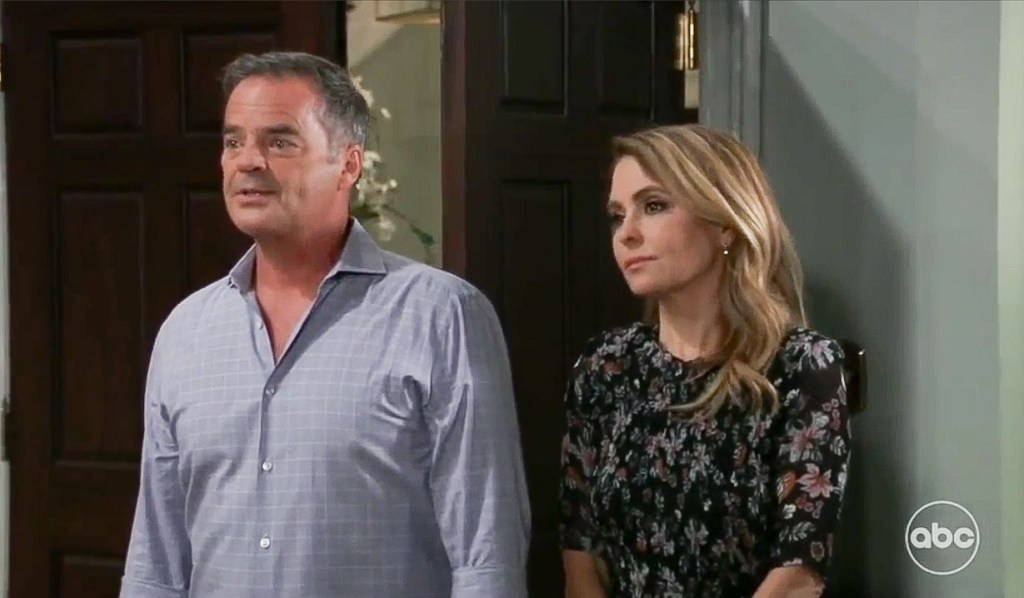 Since we learned Austin was Jimmy Lee’s son, whether he’d turn out to be similar to his scheming father or someone completely opposite has been a big question on many minds. So far it is looking like a bit of both. In convincing Chase to punish Michael by helping him find proof that Edward was changing his will, it became fairly clear how he feels about the Quartermaines. He described them as cheats who felt entitled to anything and everything. Well, that certainly describes some of them!

But is Austin really another bad seed? Or is he just hurt and angry that he never got to know his father’s family? Only time will tell. His character is definitely getting more interesting though, and he’s clearly not just some country bumpkin doctor.

Nikolas has finally realized his son is the stalker! If this dragged out any longer my head was about to explode at Nikolas and Ava’s inability to see what was in front of them. Last week I was fearful that Spencer would explain away Ryan’s letter to his father. While he tried, Nikolas caught him in a major lie that exposed the truth, and now Nikolas is setting a trap for his son. In an odd turn of events, Ava surprisingly tried to talk him out of it. I was sure she’d want to get her own revenge on her stepson. 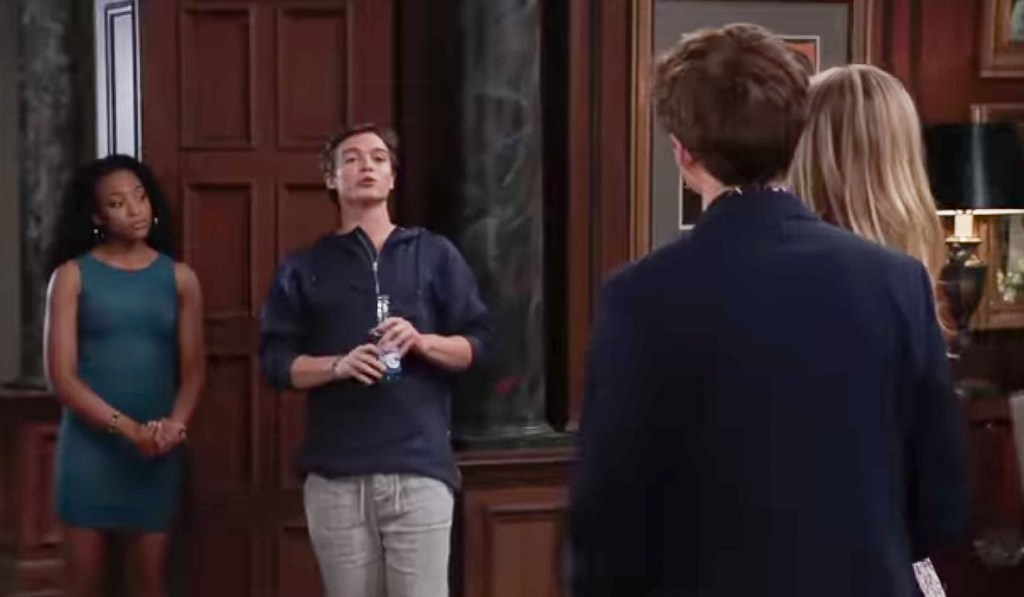 When Spencer first started talking about throwing a party I thought it would be the perfect location for him to be exposed. Because as we all know, a soap party isn’t a party without drama. I was hoping Trina and Ava would team up to expose Spencer, but Nikolas teaching his son a lesson should be even better. Hopefully, he gives Spencer a taste of his own medicine and terrorizes the party. It’s too bad they already pulled the “guests are going missing” gag during the special episode dedicated to Sean Donely because that would have been a great way to get revenge on Spencer. Whatever Nikolas is planning, I hope it involves a Scream-like mask.

Agree, but disturbed by Nik feeling he needs to get even with Spencer when Spencer was already sort of getting even with him in the first place.

Carly and Jason’s impending nuptials continue to cause drama for the duo. Carly’s fears of how the marriage will affect her relationship with Jason are starting to make me wonder if this business arrangement might not become something more? And after another vision of Sonny, which is just in Carly’s head seeing he’s not dead, I’m even more convinced that’s where this is heading. Sonny asked if she and Jason were planning to have more than a platonic marriage, and she admitted they hadn’t discussed it. Unfortunately, if they go this route, it likely means we are going to have to wait even longer for Sonny’s return because they’ll need time to really build the Jarly relationship up before wrecking it with the not-so-dead husband.

Thankfully we’ve not had to suffer much of the Nixon Falls storyline in the past few weeks, but Lenny’s death likely means it’s about to go into overdrive. While we knew his death was inevitable, they really just pulled it out of nowhere on Friday. 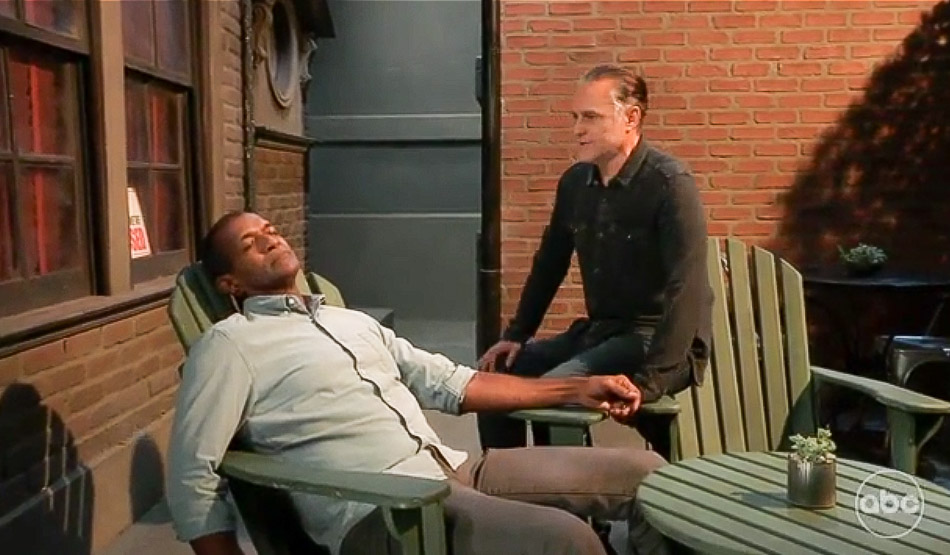 The “Oh Shiz” look on Nina’s face as “Mike” reflected on how hard it must be to lose a spouse, and that the feeling of pain he was having seemed so familiar to him, was great. She has to know this can’t go on forever, and Lenny’s passing could pave the way for their exit from Nixon Falls. Then again, I won’t be shocked if Phyllis turns over the Tan-O to “Mike” and is the one who decides to leave town and see the world.

As usual, these are only my thoughts about this week’s episodes of General Hospital.

Get your free daily soap-opera fix for General Hospital — and all of the other daytime dramas — delivered straight to your email inbox by signing up for Soaps.com’s newsletter. And don’t miss our gallery of Sonny Corinthos over the years. 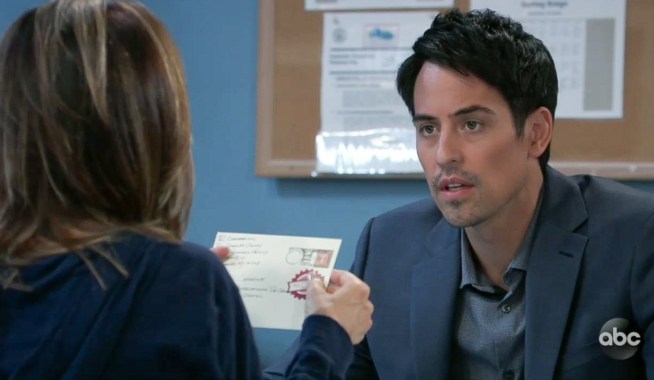 Will Spencer Soon Be Exposed as Ava's Stalker? Plus, Even More Hints That Hayden's Returning to General Hospital

Spencer and Trina Just Proved That General Hospital Fans Can't Have Nice Things. Plus, Did the Show Just Tell Us When Sonny's Coming Home? 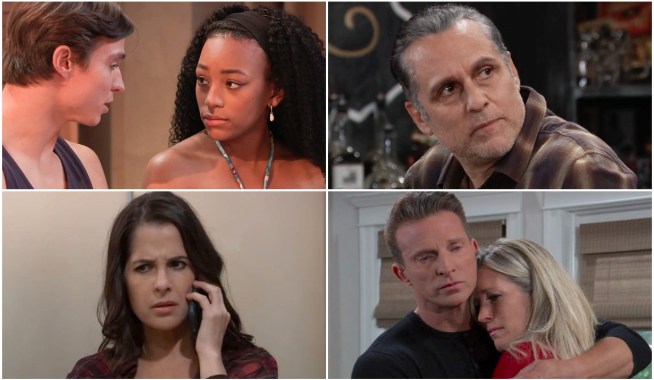