Will Spencer Soon Be Exposed as Ava’s Stalker? Plus, Even More Hints That Hayden’s Returning to General Hospital 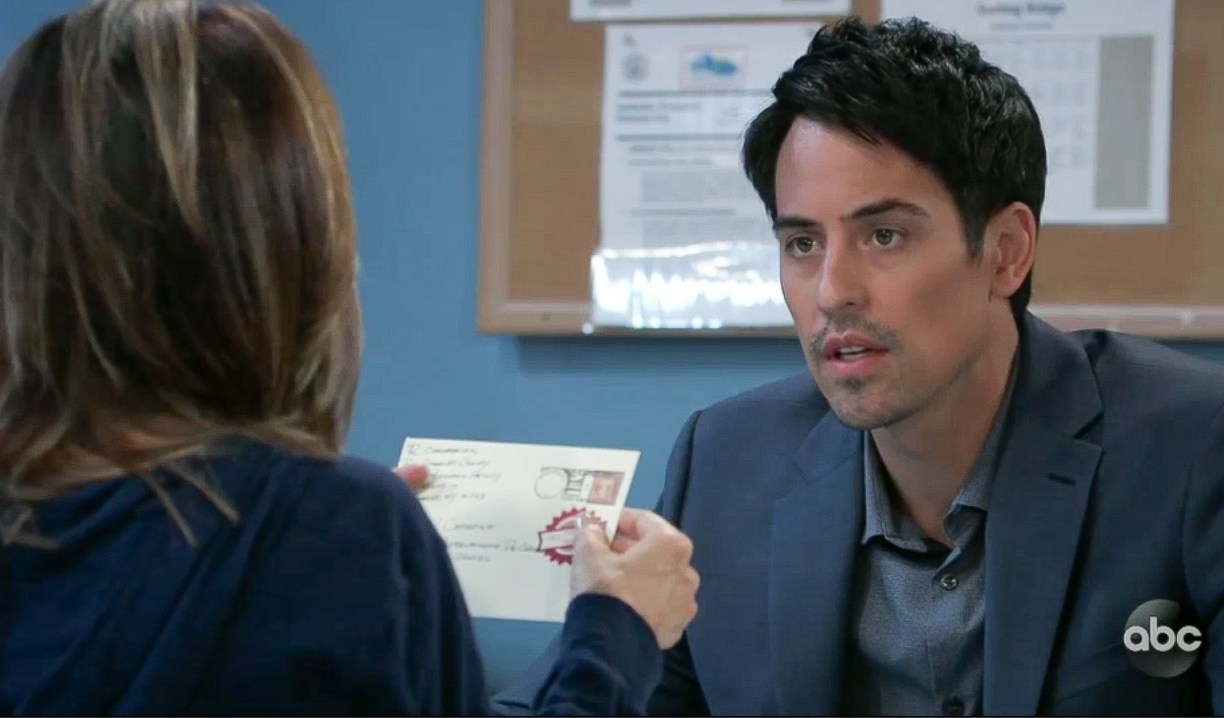 What a week on General Hospital... well maybe not so much the Willow and Michael storyline. However Carly’s choices look to be coming back to haunt her, it’s really looking like Hayden is going to be back sooner than later, and dare we hope Spencer is about to get his? Plus, those scenes between Anna and Obrecht. Let’s discuss!

I know Michael and Willow have their fans, and I’ve made it no secret that I find them dull. However, if the writers were trying to win me over, that isn’t likely to happen after the latest turn of events. Willow, overcome with mixed emotions that Wiley’s happy day was also the day Jonah was born and died, retreated to deal with her grief. Apparently, the medicine she needed was making love to Michael. I’m not exactly sure how one goes from mourning your child to sex, and I wasn’t the only one who found it odd.

I can’t stand what Michael and Willow are doing, it’s MUCH worse than what Chase and Sasha did! SICK of the hypocrisy!!! Poor Chase!

No it was odd, also they were supposed to be celebrating their kids Birthday, who has sex during their 3yrs Birthday? 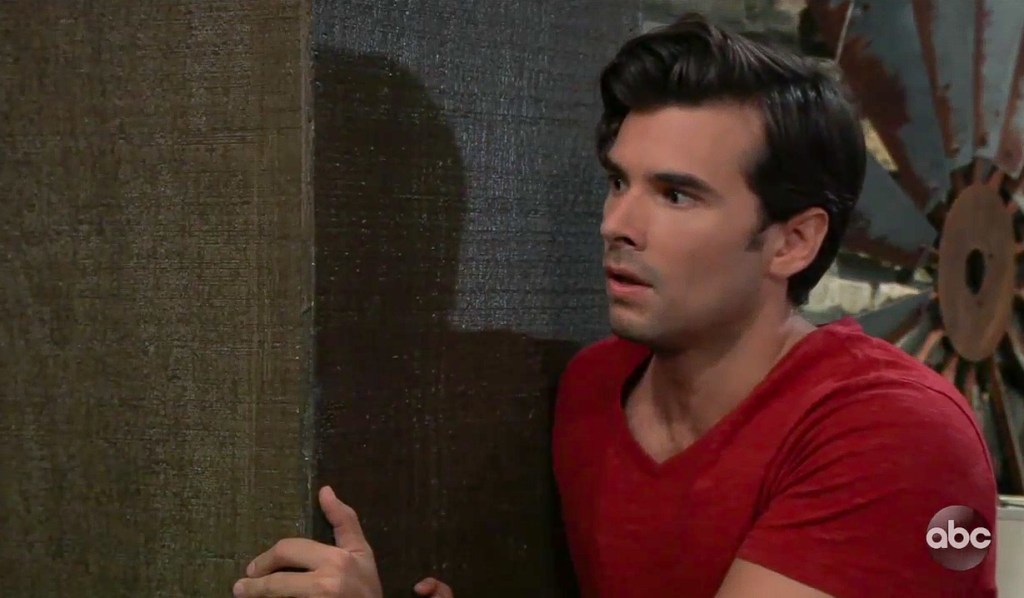 Of course, the whole thing was a plot device to have Chase, who is suddenly able to walk pretty well, discover they’ve been carrying on behind his back. In last week’s column, I didn’t want to see the predictable plot of Chase hiding his ability to walk in order to take revenge on Michael and Willow. And while he didn’t confront them with what he knew, after their quickie was over and they returned to the party, he also neglected to tell them about his progress. While I still hate to see Chase resort to such tactics, after how this all went down, I’m no longer that opposed to the idea. I have no sympathy for Willow and Michael, but I don’t want to see anything bad happen to Willow either. Heaven knows Michael has a bad track record with his girlfriends ending up dead!

Harmony was revealed to be the mystery woman at Jonah’s grave, which was a sigh of relief. My mind immediately went to Nelle, and I thought, “Please no!” Later Harmony stopped by to see Willow, a surprise her daughter wasn’t very thrilled about. Though what she did was horrific, it was nice to see Monica point out to those throwing stones that most of them had been given second chances as well.

The real shocker was when Harmony turned up working at Springridge as a patient aid, as part of her parole. One of her main tasks is working with Ryan, and she’s been helping him write letters. When Nikolas and Sam turned up, they along with Alexis learned from Harmony that Ryan’s letters were harmless and most returned unopened. When she made it so Nikolas and Alexis could look over them I actually squealed with delight. I noted last week that Spencer has been on my every last nerve, and I couldn’t believe neither Nikolas nor Ava even had an inkling that he was their stalker. I really want to see him go down and Nikolas and Ava back together. With Alexis and Nikolas locating the returned letter Ryan sent to Spencer, it’s looking like it could happen. Then again, it could go all wrong and Nikolas could suspect the stalker used Ryan to also target his son like they did Avery. 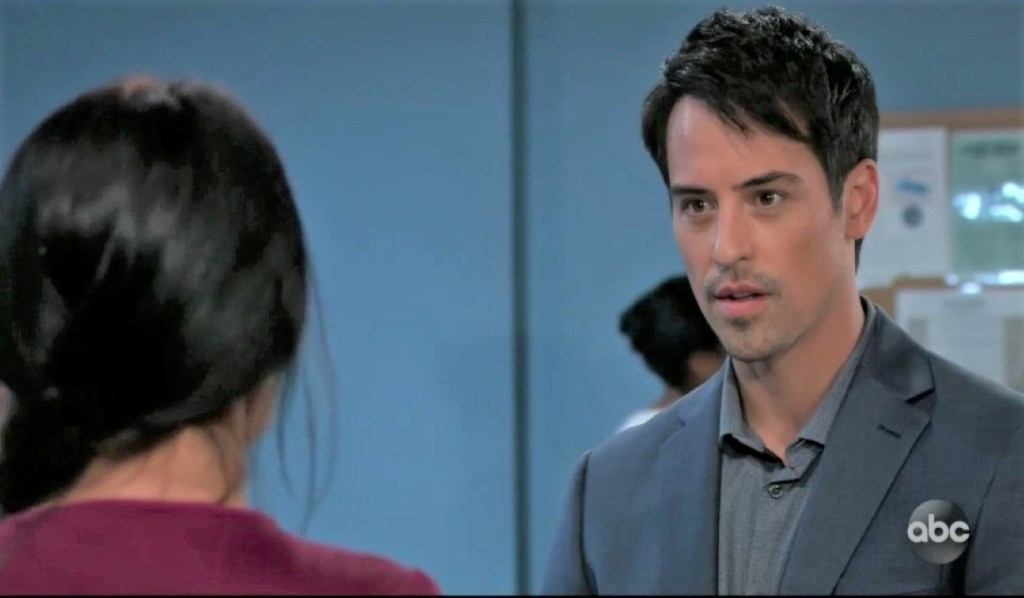 Hayden’s mother Naomi, now played by Gigi Birmingham, breezed into town surprising Liz, Finn and little Violet. Sadly Naomi had no clue where her daughter was but made it clear she was staying in town. This news could help Sam and Shawn with their investigation into Hayden’s shooting, which means more trouble for Nikolas. I however see it as one more piece of evidence that Hayden’s return is coming. And if both Naomi and Hayden are back, we definitely need Jeff Webber! 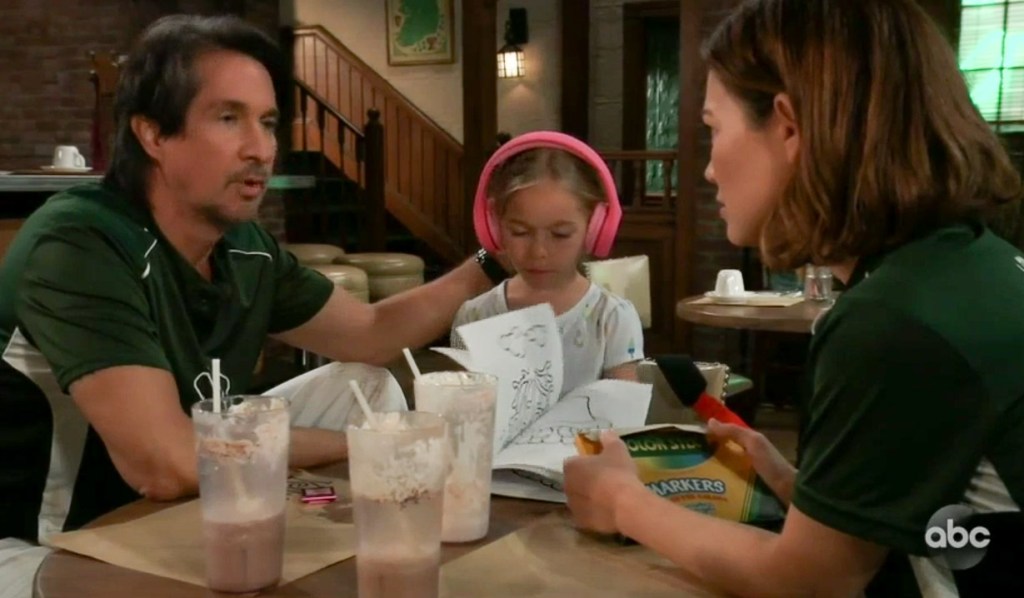 As Curtis was telling Jordan he had moved on from trying to save their marriage, Aunt Stella in attacking Portia verbally unknowingly let the cat out of the bag to Trina about her mother and Curtis’ affair years ago. The look of horror on Stella’s face when she realized how she had hurt Trina almost made me feel sorry for her. Stella has come a long way since she first debuted and actually became a likable character, rather than the harping shrew she was. After Curtis laid into her, she realized the mistakes she had made and planned to mail the divorce papers she stole. I was glad to see her come to her senses. Of course, that’s when the stroke occurred, the papers got ruined, and she recovered with memory lapses. Yup, she forgot what the papers were! Obviously, this will cause major issues down the line for Curtis and Jordan… but does anyone care? I would like to see Curtis be able to just move on.

The Novaks Versus Jason and Carly

The moment we knew would come, Carly’s decision to play mob boss has come back to bite her in the butt. Joey Novak, who seems to not want to listen to his uncle, contacted Joss to send a message to Carly and Jason. I’ve been waiting for Carly’s power grab to backfire on her. I really liked Jax throwing it in her face that she chose to take over the business when she didn’t have to, just like she’s choosing to marry Jason as part of a business arrangement. You might not hear me say this often, but go Jax! After Jason confronted the smug Joey, he worried to Carly that he may have allies and be a problem for them. My guess? Joey is about to dump his uncle in the river to sleep with the fishes and then take over the Novak family. 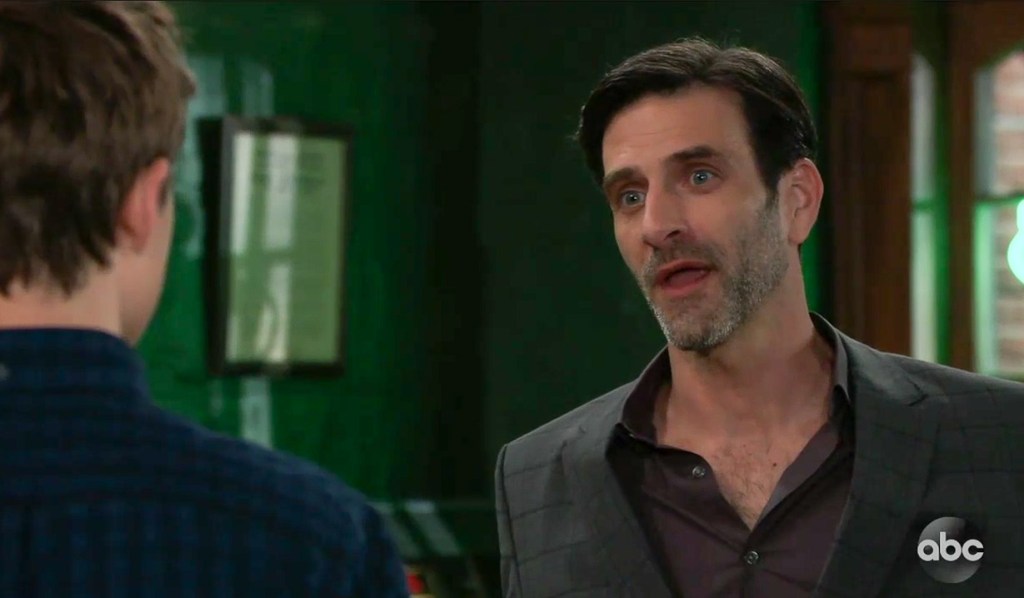 The Trouble With Lulu

As excited as I am that we seem to be getting closer and closer to the return of Hayden and Drew, who it really looks like is the character Cameron Mathison will be playing, sadly it doesn’t look like we are going to get Lulu back anytime soon. Laura broke the news to Dante that Lulu is showing no signs of improvement, and she doesn’t expect him to wait for her daughter.

The Next Ava and Nina?

The turn in Obrecht and Anna’s relationship over their both desiring to bring Peter to justice has been interesting, to say the least, and at times comical. Watching them hit the bag together was a lot of fun, and I chuckled when they agreed that Sonny’s gym could use a smoothie bar. Dare I hope this will be a fresh start for them? Could they become the next Ava and Nina, enemies, then frenemies turned friends? I’m sure Obrecht would have a whole lot to advise Anna on when it comes to Valentin!

These are simply my thoughts about this week’s episodes of General Hospital.

Get your free daily soap-opera fix for General Hospital — and all of the other daytime dramas — delivered straight to your email inbox by signing up for Soaps.com’s newsletter. And don’t miss our gallery of Liz Webber over the years.

General Hospital Has Everyone...