Deconstructing GH: Overdosing on some characters, propping up others 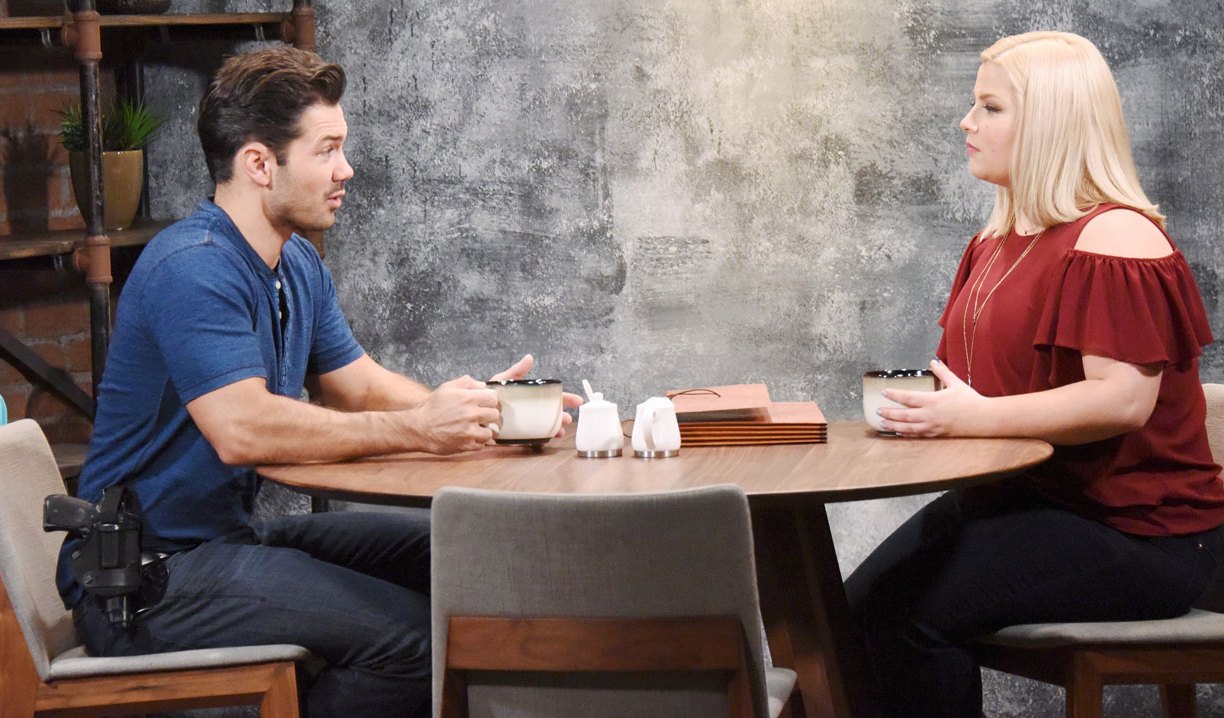 This week Port Charles threw everything and the kitchen sink at viewers. The storylines jumped around a lot, due in part to the large cast.

Man Landers to the rescue.
After Amy had a few unusual outbursts towards Nathan, and he overheard a cryptic phone call about her being desperate for money, he did some digging and learned she had a brother named Chet who came back from Afghanistan injured in some way. We didn’t get all the details, but he requires a lot of expensive care, which was Amy’s motive for the blog and the book deal. I ranted in last week’s Deconstructing GH that the General Hospital cast is over bloated, so I hope they don’t add Chet into the mix. The writers however seem determined to make Nurse Amy a major character, and that means introducing a family.

More: The teen scene in Port Charles and other soaps

Keeping secrets from Auntie.
Curtis’ Aunt Stella was less than happy that he was dating Jordan, who she blames for destroying Thomas and keeping her from seeing TJ. She has no idea that TJ is actually Shawn Butler’s biological son, and now Jordan and Curtis have TJ keeping that from Stella. I’m not sure what the point of this storyline is, especially since we rarely see TJ on screen. Perhaps that will change given Aunt Stella’s arrival. I do look forward to Auntie berating Jordan some more, because I’ve always been a little put off by her character.

More: Join the stars of General Hospital at the 2017 fan club weekend

Carson calls it quits, again, for the one hundredth time.
Joss caught her mother and Sonny in a kiss and gave Carly hell. Some on social media weren’t too happy with Joss, a kid, lecturing her mother. I thought she made a lot of sense though. If Carly wouldn’t approve of Joss dating someone like Sonny, then why is she settling for him herself? Carly eventually broke things off with Sonny and told him they couldn’t continue the cycle of hurting one another. I think it’s time for a break from Carly and Sonny period, and others agree.

Carly was right when she said #CarSon relationship not all black & white. Jocelyn is looking at it from a black & white viewpoint.

#GH is OVERDOSING on Sonny (& Carly). It has for YEARS. Something needs to be done. He is no longer the fitting leading man. @nathanvarni

Sam’s mysterious ailment.
Sam remained tired and irritable, and Griffin began to suspect she was suffering from Post-Traumatic Stress Disorder given what she went through with Olivia and Scout’s birth. I admit I was surprised because I thought Griffin was going to diagnose her with postpartum depression. I’m still not sold on the storyline all together, but it is something different than watching Sam try and track down a criminal or solve a case.

Alexis isn’t making many friends these days.
Things were looking up for Alexis what with her getting her law license back. But her constant running to Julian’s aid is alienating those around her. Olivia told her off good for defending Julian’s right to see Leo, and Sam was disgusted by her mother defending the man who tried to kill her. Nobody seems sympathetic to Julian being controlled by his evil sister and doing what he thought was best to keep his family safe from her. I can’t wait to see what Diane has to say to Alexis when she learns her best friend has been jumping to Julian’s defense lately. I asked viewers on Twitter whether they felt Sam and others were being too hard on Julian, and the overwhelming majority did.

Should Sam, Olivia and others be more forgiving and understanding of Julian? #GH

Nina’s heartbreak.
Poor Nina seems to have become the character who never gets to be happy for long. She reminds me of Nicole on Days of our Lives. However, I was happy to see Lulu be so civil to her when she came to give Charlotte the dress she previously ordered for the little girl, and I was glad Lulu allowed Anna to show her Valentin’s goodbye message. Charlotte was adorable when she suggested Nina watch it with her because she didn’t get to say goodbye to him either. That little girl is a terrific actress.

Is this the end of Helena?
Jason apprehended Costa, who swore he was just following Helena’s orders and he had no choice. Either Helena is still alive, or someone else has taken over for her, but I don’t think this storyline is actually over. It’s probably just going to be temporarily suspended for awhile.

Family matters.
I really enjoyed Friday showcasing the families of Port Charles hanging out and dealing with realistic problems. Spencer’s lashing out at Charlotte, and Laura having to deal with him was well written. Lulu and Dante basically pushing him out the door with Kevin and Laura to get him out of their hair was a hilarious scene. Hayden and Liz bonding as sisters over Hayden’s pregnancy news was sweet, and her scenes with Jake were adorable. These scenes help to balance out the craziness in other parts of the show.

These are just my thoughts on the week. Feel free to leave your own in the comments.