After Weeks of Nothing, General Hospital’s Nixon Falls Storyline Is Finally Getting Somewhat Interesting 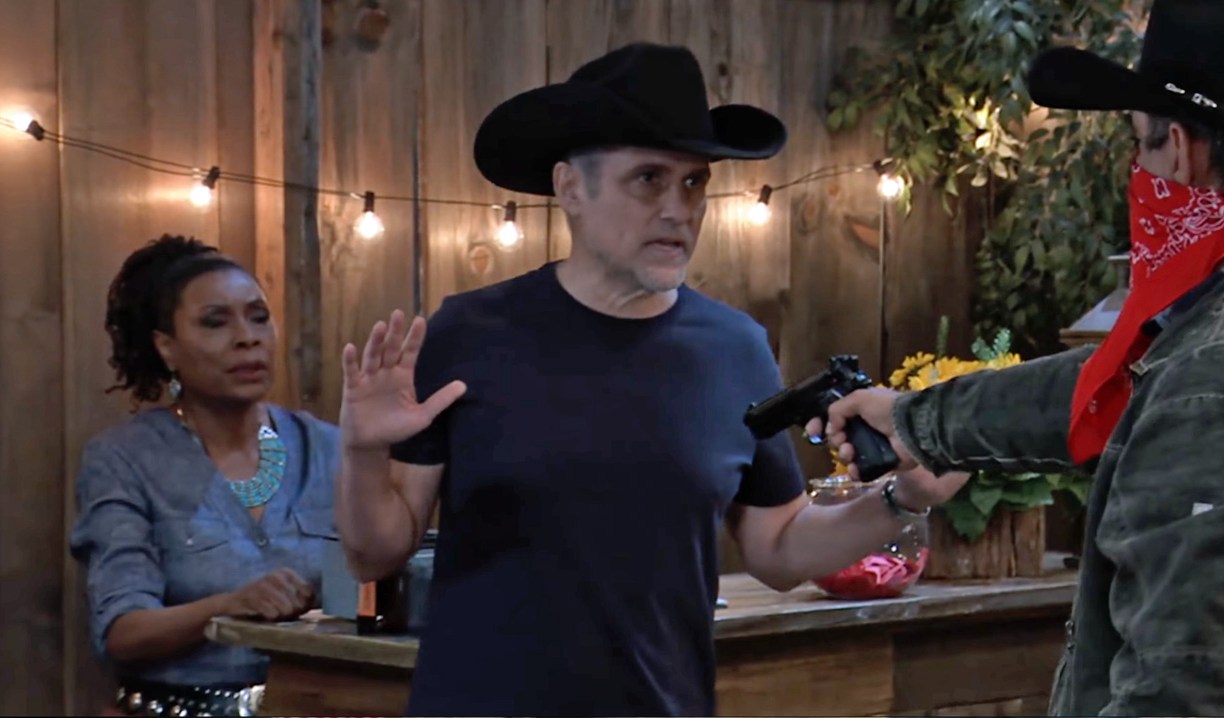 This week on General Hospital, Cyrus finally got his mommy back, so now there is nothing to stop an all-out mob war in Port Charles. Nixon Falls finally got a bit more interesting between Jax’s arrival and a gunman trying to rob the dance. And many readers questioned Carly’s plan to save Jason.

Nikolas located Cyrus’ mother and forced Carly’s hand in returning Florence to the mobster. I guess to further this plot along we are just supposed to suspend disbelief that Cyrus couldn’t locate his mother all these months, yet Nikolas was easily able to with a few small clues. With Florence back in Cyrus’ hands, hopefully, now he can become a more interesting villain and his story will move along. So far though all we’ve gotten is more threats from him to Carly, Jason and others, and now his drug has been unleashed on the streets.

Alexis continued to dance around trouble and bullies in prison and was surprised to have been saved by Steph, one of Cyrus’ people. She quickly deduced that Nikolas did something to get her protection in the slammer, but for how long? Carly and Laura were spot on when they lashed out at the Cassadine for playing into Cyrus’ hands and now he really has no reason to keep his end of the bargain. Honor among thieves maybe? Nikolas better watch his back! 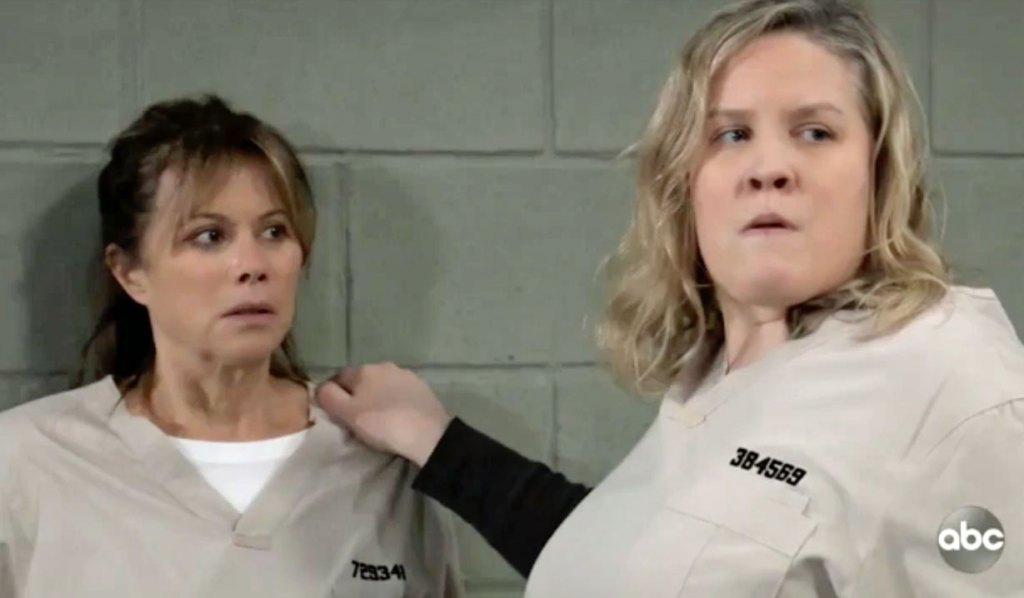 Carly arranged for Shawn Butler to be Jason’s new cellmate, and Sonny’s former enforcer wasted no time stabbing Jason to send him to the hospital, per Carly’s orders. Many readers vented about Carly’s ridiculous plan in our recap for being completely tone-deaf and racially insensitive considering what is going on in the real world. Not to mention the fact that Shawn would likely have more time added to his sentence.

@GeneralHospital How long are you going to keep innocent man Shawn in jail??? Now you trying to put a stabbing charge on him… Ridiculous #GH.

Fortunately, Friday’s show addressed many of these concerns. After Jordan learned it was Shawn, who claimed it was self-defense, she agreed not to press charges. And at the hospital, TJ brought up the fact that the system was broken to Molly, who now wants to be a DA, by pointing out that her mother only got three years for the same crime Shawn may do life for. Also thankfully, Shawn brought up the fact that he’s sitting in jail innocent of the crime he at the time pleaded guilty to. Hopefully, Jordan and Molly can work together and have Shawn released.

Peter Continues to Be Peter

Peter taunting Anna with the antidote for Chase unless she helped him be with Maxie when his daughter is born, and then smashing it in front of her, was a new low for him. I actually wanted to punch his smug face! I loved when Anna told Peter that if it came to it, she’d take him out. Finally, we are getting the real pre-Peter Anna back! And her scooping up the vial remnants to give to Finn was brilliant, and again more like the Anna we used to know. 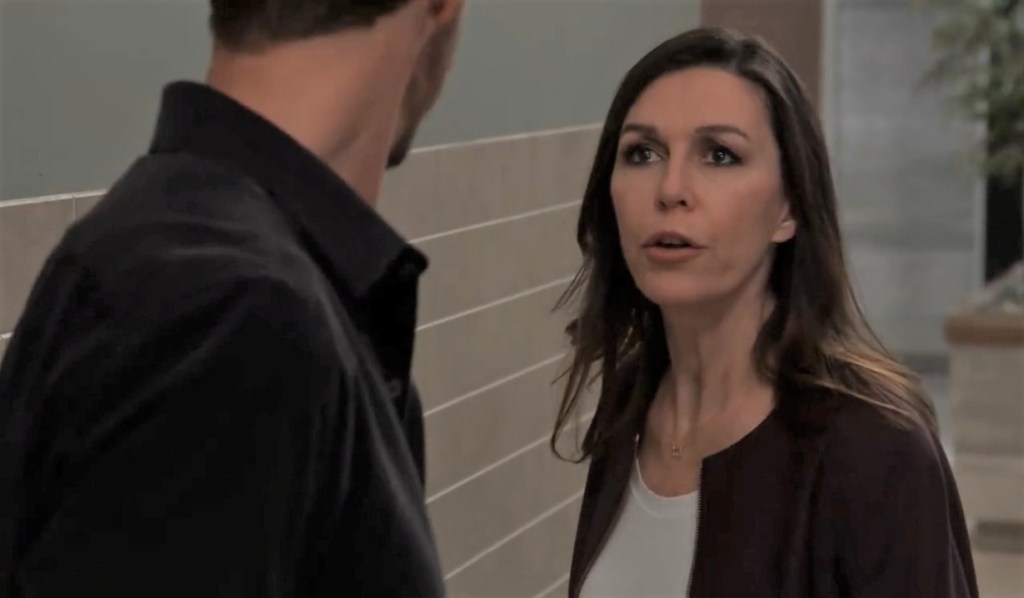 Sadly for Fanna fans, it looks like she and Finn really are over. When Anna came clean about Peter’s latest stunt, Finn railed at her. Can anyone blame him? Anna’s mistakes regarding Peter over this last year have turned almost half the town against her at this point. This could, however, pave the way for an Anna and Valentin pairing, which some fans have been wanting for a long time. I’d be down for that because I think they have amazing chemistry. Also, it’s long overdue that Hayden return for Finn and Violet, as well as her sister who just lost her husband.

While I hate that Anna keeps getting yelled at, I kind of appreciated Finn just going *off*. So much for a mature breakup. lol. #GH

Within a little over a week, Valentin, Anna, and lastly Finn all threatened to kill Peter. I am holding out hope that this means a who killed Peter mystery is finally coming. As I said in last week’s column, there is no way Peter can be redeemed at this point, and he just needs to go!

After weeks of pretty much nothing happening in Nixon Falls, things finally started to move along. “Mike” confronted Elijah about his past, but Elijah gave a sob story that he made mistakes and came home to start over. Sure Elijah! We the viewers know he’s up to something when it comes to buying up businesses in town.

Things really started moving when Jax showed up to see Nina, and she was desperate to keep him away from “Mike.” However, when two gunmen tried to rob the dance, Jax and “Mike” separately worked to bring them down, with Jax ending up being shot. There is almost as much crime in this sleepy little town as there is in Port Charles! 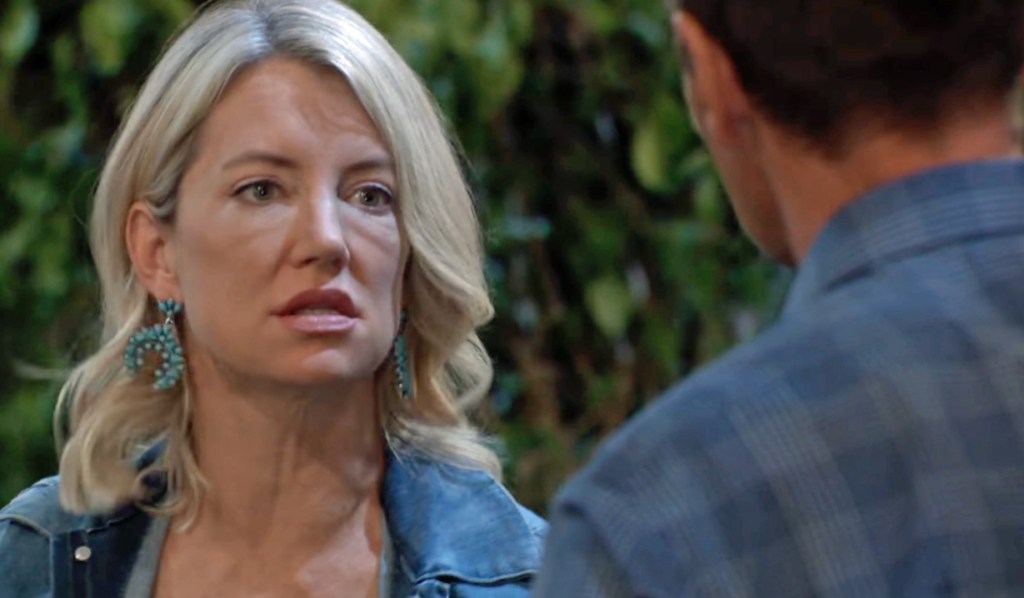 A barely conscious Jax then saw Sonny and exclaimed, “What the hell!” before passing out. Finally, we are getting somewhere with this boring storyline. Of course, I fully expect Nina to tell him that he was obviously hallucinating due to a loss of blood, but how will she get out of explaining Jax’s strange reaction to “Mike?” Nina looks to be in some big trouble, and it’s hard to feel sorry for her when it’s of her own making.

These are simply my opinions. Join the conversation by leaving yours in the comments.

Get your free daily soap-opera fix for General Hospital — and all of the other daytime dramas — delivered straight to your email inbox by signing up for Soaps.com’s newsletter. And don’t miss our gallery of soaps best supercouples. 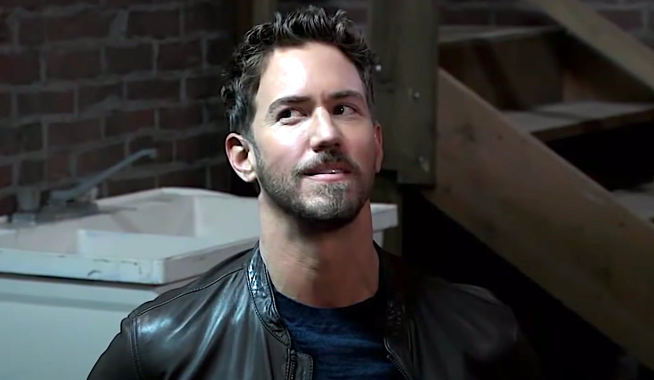 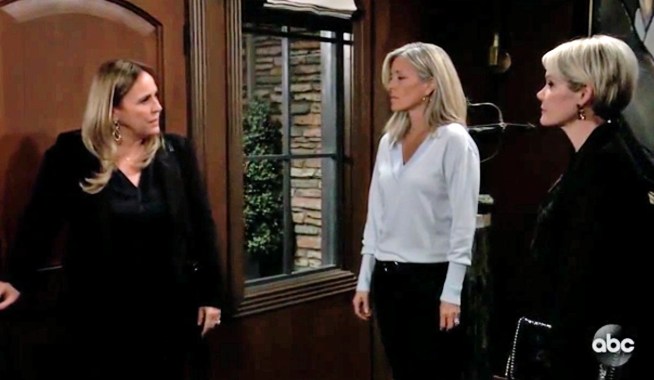