Peter and Cyrus’ Unholy Alliance Wreaked Havoc on General Hospital — and We Wonder How Much Longer They’ll Get Away With Murder?! 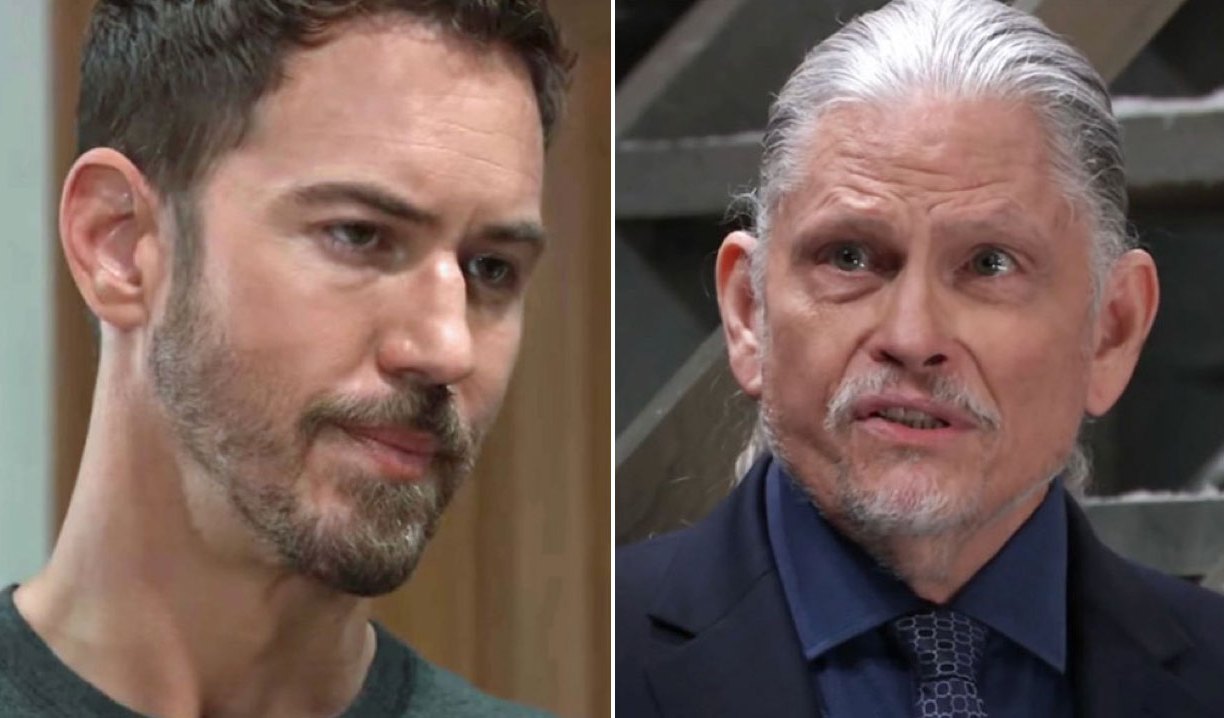 The drama between Chase and Finn, along with several surprise returns on General Hospital provided a small break from the never-ending Peter drama. Franco’s memorial and Anna and Finn’s break up also stirred up our emotions. Still, we wonder if Peter will ever get what he deserves, especially now that he’s working with Cyrus?

Who is the Real Father?

The week started off with a bang with the reveal that Finn is Chase’s father, leaving everyone devastated and wondering how to pick up the pieces. But are the results valid? If it turned out that Gregory was the father, there would be no drama, and what is a soap opera without drama? Fortunately, Finn, knowing the problem with paternity tests run at General Hospital, has decided to run a second test elsewhere. Finally, someone involved in a paternity scandal with a brain!

I’ve thought Finn was that “boy’s” father since Chase showed up. There isn’t any drama if he isn’t .. or much less drama. The messier, the soapier.. & I’m here for it!

The one storyline reveal out of this crazy last few weeks that i am NOT happy with!

I wish I cared. I love Finn and Chase and their sibling vibe but this storyline was unnecessary.

It was bad enough that Cyrus has been running around pretending to be a model citizen, and Peter is free to do whatever he pleases, but now the two have teamed up to help one another out. Could this deal with the devil finally be what ends Peter? Peter thinks he is a better criminal than both of his parents, but he might be way out of his league when it comes to dealing with Cyrus. To make matters worse, Gladys is back and is working behind the scenes with Cyrus too. She’s claimed to the cops that she saw Jason dispose of the gun used to kill Franco, which helps take the focus off of Peter as a possible suspect and keeps Peter safe from Jason’s wrath. 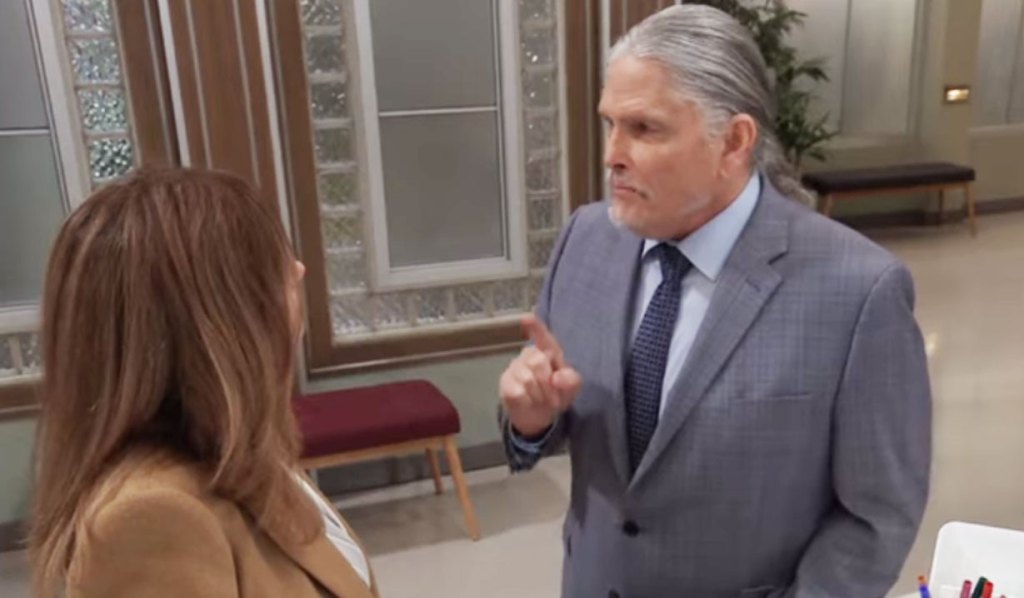 By the end of the week, Port Charles’ own Legion of Doom struck again, with Peter running a story in The Invader about Finn, Chase and the who’s the daddy scandal. How did Peter find out? Yup, his deal with Cyrus. Ever since we saw Cyrus lurking in the background while watching Jackie arguing with Finn over the test, there has been speculation that he would tamper with it to pay Jackie back for not telling him where his mommy is. And flashbacks indicated that’s just what appears to have happened. Finn’s second test can’t come soon enough, and hopefully, he doesn’t discuss this one in public where anyone can hear. Honestly, I’m at my wits’ end with Cyrus and Peter getting away with murder, literally. When are we going to get a payoff and see one, or both, of these villains actually be taken down?

I said in my soapbox last week that I could see Peter kidnapping Maxie and the baby, and after watching his scary and obsessive scenes with Maxie this week, I am more convinced he’ll at least make an attempt. Maxie is playing him right now and has her guard up, but it’s time to call her estranged father Frisco and get some serious protection for her and the baby.

Meanwhile, Obrecht was tired of playing Peter’s games and set Dante to complete the mission by assassinating him. Why Jason didn’t do this already has been an issue with me for months, but Dante was almost about to plug the villain when Sam appeared and stopped him. Seriously Sam, you finally do something right for once without tripping over your high heels, but just this one time couldn’t you have messed things up? Of course, her rescuing Dante was just another bonding moment for these two, who have been sharing a lot of screen time together lately. We get it, writers, you are trying to couple Sam and Dante and get us to accept them. Unfortunately, that can often backfire, especially with fans as devoted as Jason and Sam’s. 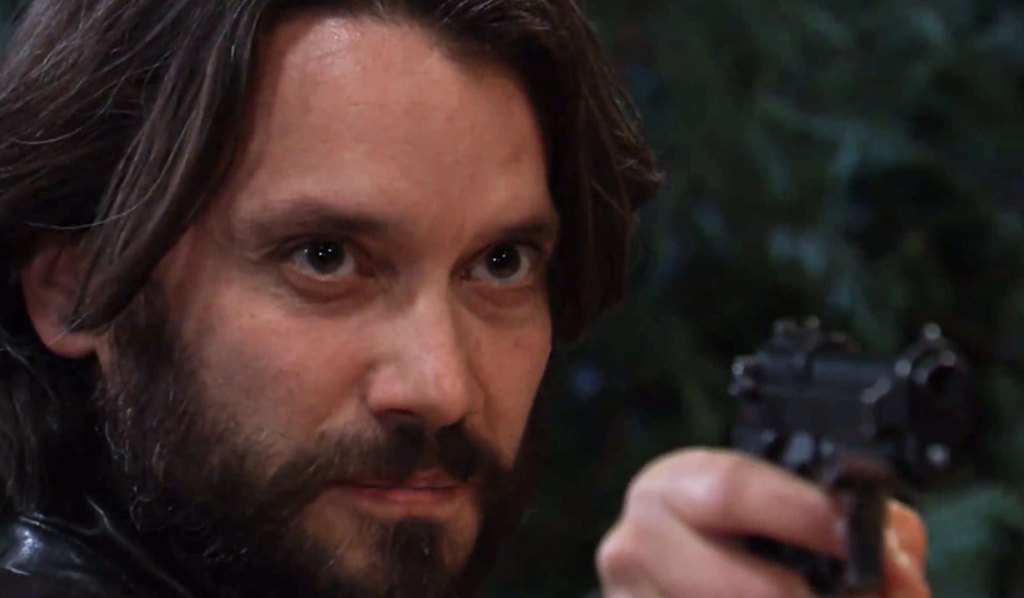 Even though I have been upfront about not being the biggest fan of Finn and Anna, even I got emotional during their break-up over the fact that Anna can’t be completely honest with Finn. Both Michael Easton and Finola Hughes were amazing in that scene. It actually made me feel for them as a couple for the first time in a long time, and perhaps there is hope they can work things out. All it took was them breaking up to push me towards team Fanna, and of course, the adorable Violet and seeing her with Anna helped. Still, I wouldn’t say no to Hayden coming back for Finn. 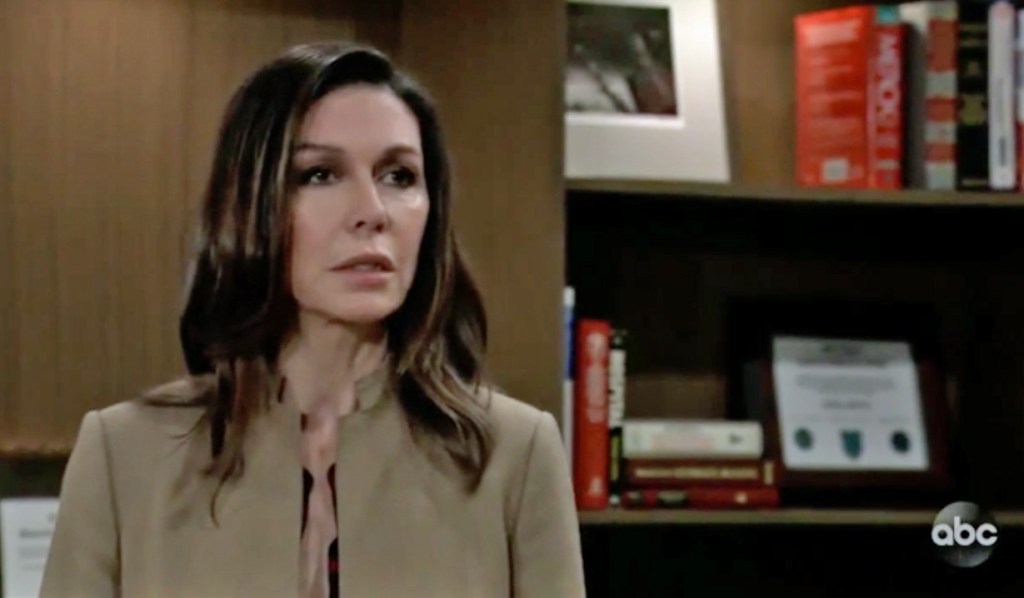 It was so good to see Jake and Aiden back for Franco’s memorial, and it wouldn’t have been the same without them. It’s still hard to believe the show killed Franco off and listening to the boys practice their speeches about him was heartbreaking. Ava’s display of Franco’s artwork from his work at the hospital at the memorial was also a nice touch. The one thing that I felt didn’t work was Zander’s return the day before to try and help Cam, who was as he put it, spiraling down the wrong path and could very well repeat his own mistakes. It felt completely out of place, and frankly a waste of Chad Brannon’s talents. Maybe we’ll see him again? 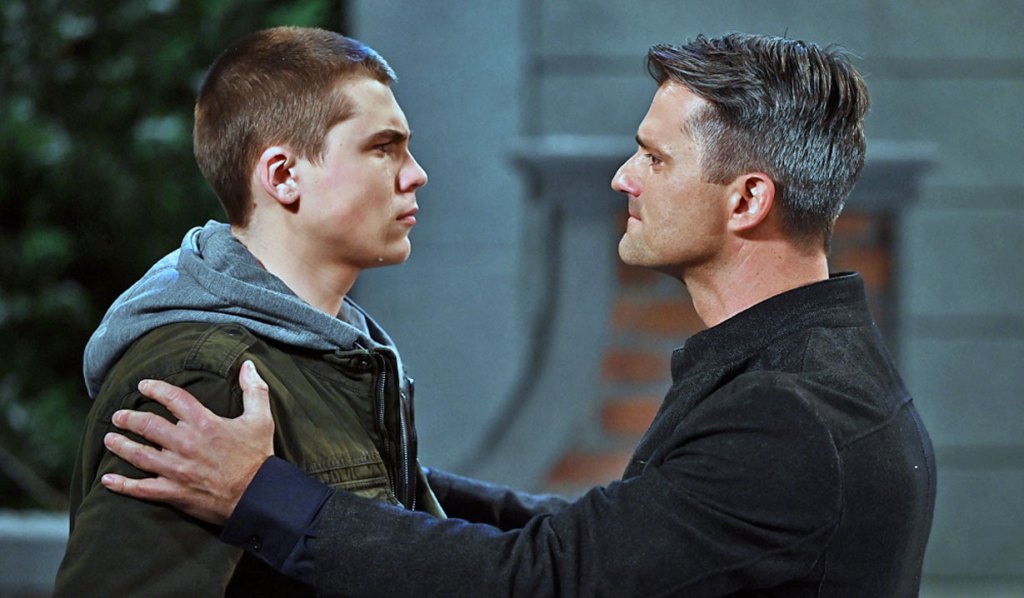 Brook Lynn was back with Amanda Setton in the role, and pregnant with one of the largest baby bumps ever. She looks like she’s about to pop at any second. Somehow she thought she could keep the truth about the baby from Valentin, which is of course ludicrous. If she wanted to keep it a secret then she definitely shouldn’t have returned to town, nor should she be out in public. But the baby clearly had a craving for Kelly’s, and she ran smack dab into Valentin outside of the pub. She didn’t hide the truth from him but wasn’t yet ready to discuss it with him nor his place in this child’s life.

Brook Lynn also dropped the baby bomb on her father Ned, with the famous last words, “I know exactly what I’m doing.” That’s doubtful, but I’ve been looking forward to this storyline ever since Brook Lynn left town with a pregnancy test. This is a baby scandal storyline done right.

After losing visitation rights with Wiley for the time being, facing Franco’s death, and dealing with Jax’s betrayal, Nina decided to take a much-needed break. Where did she go of all places? To see Phyllis at The Tan-O of course! And just in time to narrowly miss Sonny, who was recalling the blonde woman from his dreams to Phyllis. Am I the only one thinking if Sonny meets Nina that he’ll think she’s the woman from his dreams, and she’ll use his situation to her own advantage with Wiley? At this point, whatever it takes to end the Sonny amnesia storyline I’m all for it.

These are only my opinions on this week. Please leave yours in the comments and join the conversation!

Get your free daily soap-opera fix for General Hospital — and all of the other daytime dramas — delivered straight to your email inbox by signing up for Soaps.com’s newsletter. And don’t miss our photo gallery of recurring soap opera bits fans love. 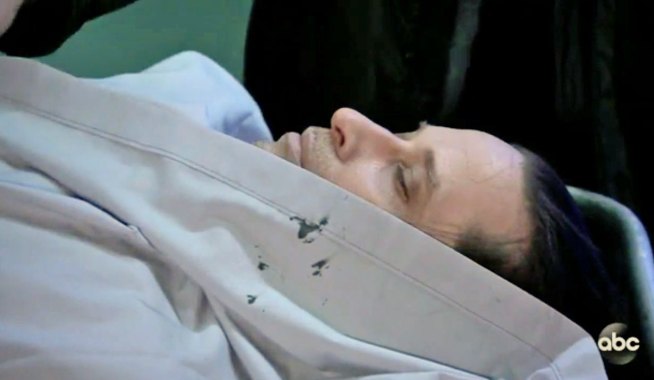 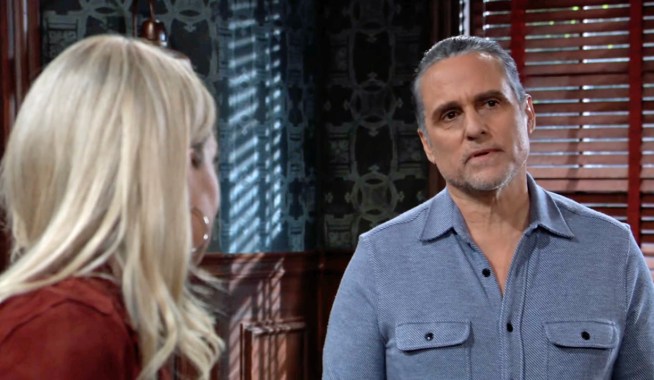