With Nina on the Cusp of Learning the Truth About Nelle, Will General Hospital Leave Her Dead? 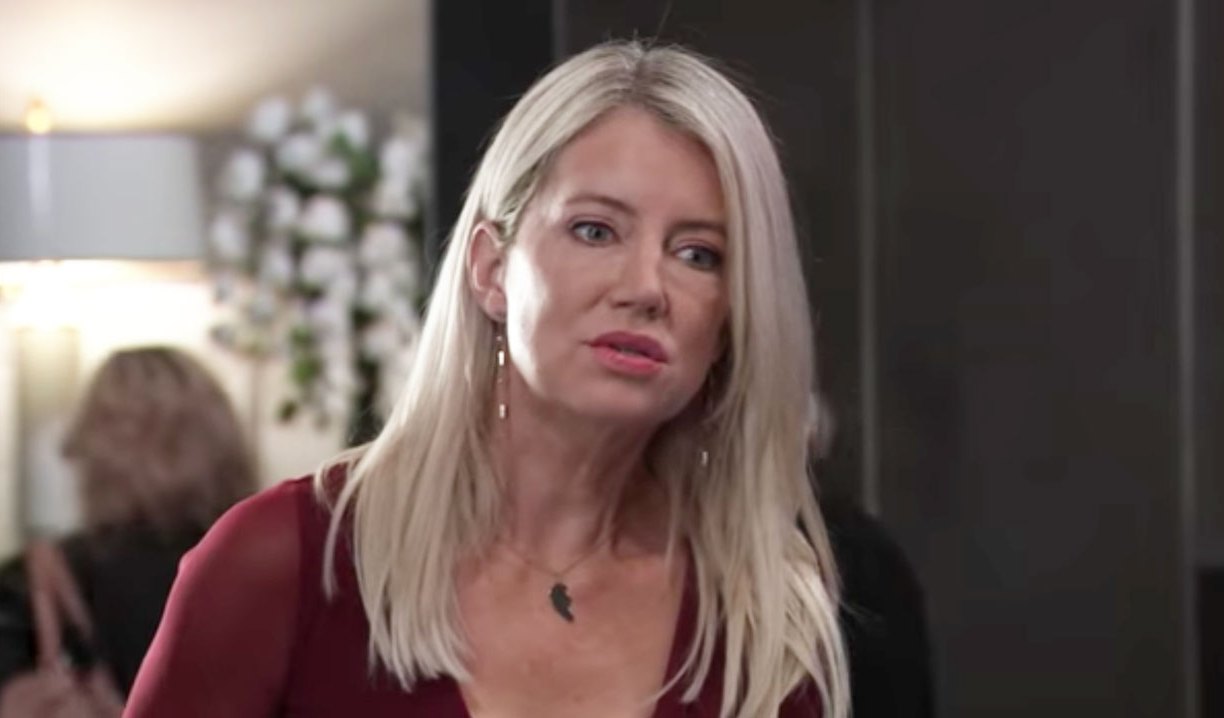 There was no lack of shocking reveals and moments this week on General Hospital. From Alexis hitting rock bottom, necklacegate seemingly coming to an end, and Finn questioning the true nature of his relationship with Chase, the bar is now set pretty high for what should be a great February sweeps. The one major storyline that’s falling flat is Sonny’s memory troubles.

Finn finally decided to press the issue with Jackie on whether he is Chase’s brother or father. Not surprisingly, she admitted she wasn’t even 100 percent sure and never bothered with a DNA test. Personally, I don’t want to see Finn end up as Chase’s dad because it will destroy their relationship. However, knowing how soaps work, it will likely come to pass. It will also create further drama for Chase, Michael and Willow. Unlike Chase, who is still hoping for a future with Willow, Michael appears to be moving past Sasha and closer to wanting a future with Willow. If Chase’s world is blown sky high, Willow will no doubt rush to support him. Frankly, the whole quadrangle storyline has grown stale for me, and I imagine I’m not alone. This would inject some drama and life back into it. But even so, will it be enough?

The fact that Finn has turned to Anna for help to determine if Chase is his son or not is the most intriguing part of this storyline. There is something fitting about him being in the position that she was in with Peter not long ago, and Finn still has no idea that Anna knows she’s not Peter’s mother and hasn’t told him. Chase might not be the only one whose world will be blown apart when all is said and done.

Not a Very Smooth Criminal

Peter’s latest move sent my head spinning. In an attempt to discredit Franco, and perhaps have someone else do his dirty work and take him out, Peter used the records he stole through Britt’s computer to print a story on Franco’s serial-killing tumor return. I was glad to at least see Britt lash out at Peter not only for using their relationship to further his agenda, but also making her complicit in his crimes and pointing out that publishing someone’s medical records without their permission is a crime.

Any lawyer would gladly take this case on to bring Peter down, including Franco’s money-hungry father Scott. While Jason convinced Britt not to go to the cops, even the PCPD can connect the story to Peter, Peter to his Chief of Staff sister Britt, and finally deduce where the information came from. One viewer on Twitter noted that even if Franco wanted to sue Peter, he likely wouldn’t want to hurt the hospital and the legacy of Liz’s family in the process. Still, Peter clearly committed a crime, it’s there in black and white in The Invader, and yet once again it seems he will face no consequences. One can still hope this desperate move will eventually come back to haunt him. I’m also really intrigued as to what excuse Maxie will come up with to defend Peter this time.

Franco should definitely sue, but that would mean taking down the hospital. And he wouldn’t want to do that to Elizabeth considering her grandfather built his legacy at GH.

Have We Reached the Bottom of the Grand Canyon?

Peter’s story created the public panic he was likely hoping for, and poor drunk Alexis was the one who tried to pull the trigger on Franco, so to speak, only to take Dante out who was trying to protect Franco as Obrecht ordered him to. Fortunately, Dante pulled through, but it will likely be a while before he’s up and doing Obrecht’s bidding again, which means more chances for Peter to get away with his crimes. At least Jason is all too curious as to why Dante of all people would rush to Franco’s defense. Hopefully, others follow suit with such questions.

As much as Sam has tried to help her mom lately, what with the drunk driving charges and not hounding her about rehab, I felt for her having to be the one to turn her mom into Chase and admit what she did. As Sam put it, if this isn’t Alexis’ rock bottom then she doesn’t know what is. And it was nice seeing Mac be the one interrogating Alexis and not Jordan. When are they going to fire her and give Mac the job? We need more Mac on our screens, and someone capable at the PCPD.

As for Alexis, she’s in a world of trouble, and at this point, it’s hard to feel sorry for her any longer. She needed to hit rock bottom, but this was a shocking rock bottom at that. Nancy Lee Grahn was magnificent going after Franco, injecting Dante, and then collapsing into a messy mascara puddle over what she had done. But she hasn’t even begun to realize the wrath she’s about to face from hurricane Olivia, who had to step out of the chapel to curse Alexis and vow to destroy her. Alexis and Ned might want to consider joining Tracy in Europe!

The traveling adventures of Nelle’s half-heart necklace surprisingly appear to be coming to an end. With Carly attempting to swap the real half of the necklace that Avery had with a fake that wouldn’t match Nina’s, and fumbling the switch and not knowing which was left with Avery, I was sure this was going to continue to drag on. After everyone in the world, including Nina, saw Sasha unknowingly sporting the necklace in her interview at Avery’s insistence it was a good luck charm, Nina demanded answers about it. It was delicious watching Carly try and squirm her way out of the truth coming out, which an eagle-eyed Valentin observed and wasn’t about to let happen. Oh Valentin, always looking for a way to expose Jax and Carly and get back into Nina’s good graces, I mean bed.

I was sincerely ready to hit my head on the desk at the pieces not fitting, but shockingly they did, eventually forcing Jax to begin to admit to Nina that Nelle was her daughter. This begs the question, if Nina finally learns the truth, will the writers leave Nelle dead and buried? The fallout will lead to enough drama without Nelle’s presence, so here is hoping they don’t bring her back just yet. But we all know at some point, Nelle will be back.

It’s been a while since we’ve seen Britt’s hands tremble, but the shakes were back, leading to the question… what is up with the doctor? Huntington’s Disease, which Faison had, looks to be the most likely culprit. And even if it’s not that, why do I get the feeling Cyrus’ drug will play a part in curing her, and a part of how he will escape any consequences he has coming his way?

A few weeks ago I wrote how Sonny’s amnesia storyline could be a gamechanger for his character and others. I even speculated that it could pave the way to bring back Morgan from the dead, who if you haven’t noticed, has been mentioned left and right lately. With Jason convincing Carly for the sake of peace among the five families that they need to hold a funeral for Sonny, perhaps the official news of his death will reach Lenny and Phyllis, and Sonny himself, to help him find his way home. Because this storyline just isn’t working for me right now.

These are just my thoughts on this week’s episodes. Please join the conversation below and share yours.

Get your free daily soap-opera fix for General Hospital — and all of the other daytime dramas — delivered straight to your email inbox by signing up for Soaps.com’s newsletter. Also, be sure to check out our photo gallery of One Life to Live through the years. 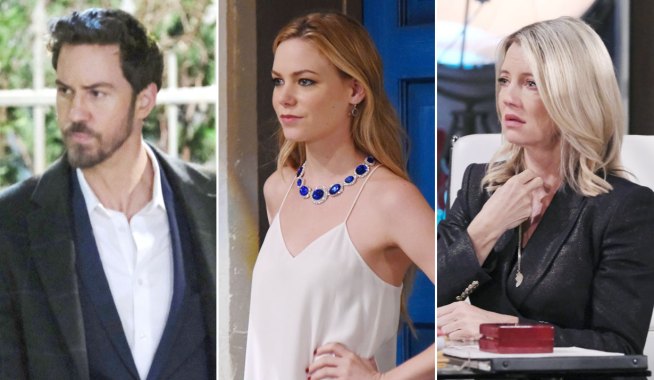 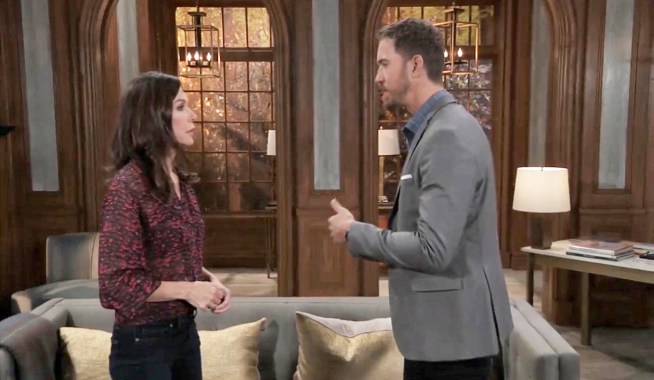