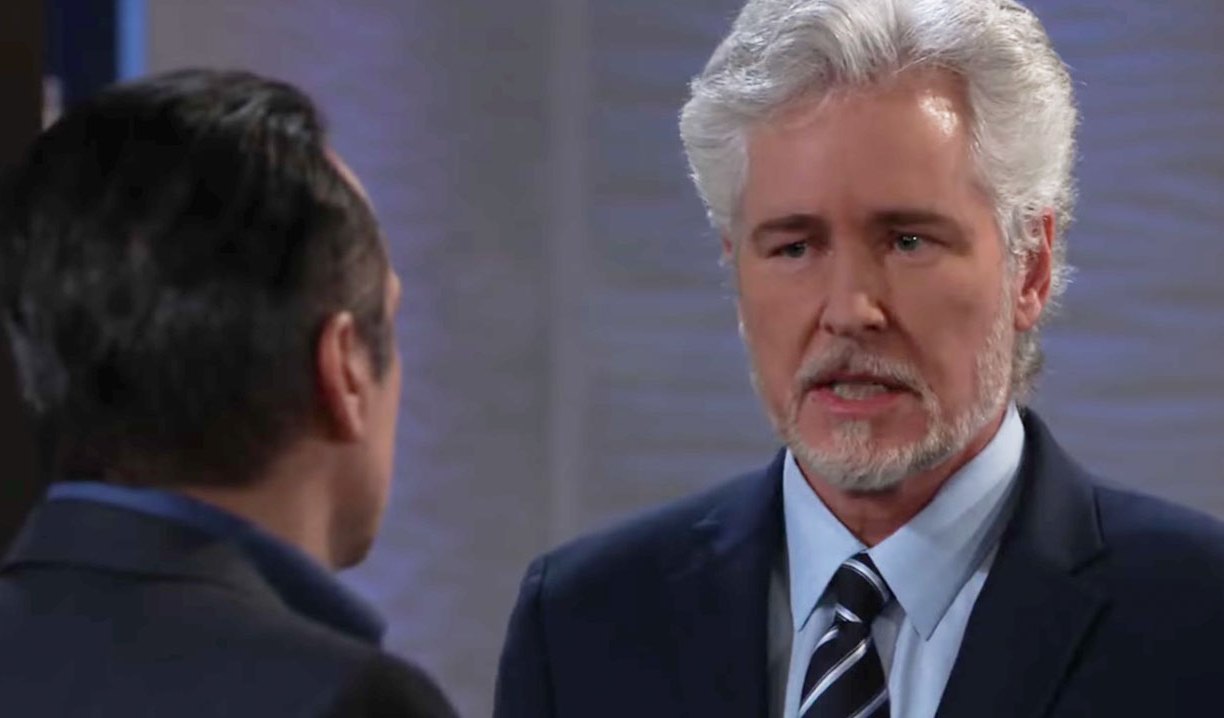 With November sweeps behind us, this week’s episodes of General Hospital felt a little slower. They were still excellent, but the storylines also were predictable in some places. Friday’s episode however delivered several unforeseen twists.

In last week’s column, I speculated that Martin and Cyrus were brothers, which turned out to be true. It’s looking more and more like Cyrus and Martin may be Laura’s long-lost siblings. While I’m still intrigued by what Cyrus’ ultimate plan is, I am really hoping this isn’t going to turn into some type of soap opera redemption storyline for him. I don’t want to be made to pity Cyrus for some painful event that happened in his childhood or any other nonsense they may try and throw at us. Cyrus has been written as a creep, the ultimate villain, and he needs to go down. I would love for it to be Laura who takes him down, one way or another, and brother or not.

More: Could Julian be sticking around?

Sam and Jason’s latest breakup didn’t come as much of a surprise. They’ve been setting the stage for it for weeks now, and seeing the show loves to tear these two apart only to eventually reunite them, I find myself not very invested in this story. Sam is such a flip-flopper when it comes to Jason that predictably she will take him back, most likely after he swoops in to save her or the kids from some upcoming dangerous situation that will no doubt involve Cyrus. What would be shocking is if the show let their break-up stick, at least for a while. Normally I wouldn’t expect that to happen, but given Danny’s words to his mom about wanting a normal life, who knows.

Maxie’s idea for a double wedding threw both Finn and Anna for a loop, and thanks to a misunderstanding, they are stuck with it. As annoyed as Finn and Anna were, their blaming the other for their predicament was one of the best scenes between the two in a long time. Anna and Finn just aren’t working as a couple for me and I won’t shed tears if Peter’s secrets end up ruining their wedding along with Peter’s to Maxie. I’m finding Maxie more annoying than ever what with her excitement over this double wedding and am looking forward to her happy bubble burst. If Peter’s secrets don’t blow the wedding sky high, Finn’s affair with Jackie probably will. Sadly that affair likely has a better chance of coming out before Peter is exposed at this point.

It’s Not the tumor

Over in Switzerland, Dr. Kirk informed Franco that his tumor might be a side effect of the memory transfer, and Peter’s voice in his head was likely leftover memories from Drew. It’s looking like the point of the tumor storyline is to help expose the truth about Peter. Scott spotted Obrecht at the WSB clinic, and in a short but hilarious scene, Obrecht tried to pretend Scott was mistaking her for someone else. I just adore Obrecht and look forward to the day when she is back in Port Charles where she belongs. Sadly, another wrench has been thrown into things with the accidental death of Dr. Kirk, who fell on a knife after Scott decked him and saved Obrecht from the love-sick doctor. Naturally, the writers are doing everything they seem to be able to in order to delay Obrecht from imploding Peter’s life, which would be the best Christmas gift the show could give many viewers right now.

Closing in on Julian

As Jason and Sonny followed Julian to New York City, Julian sought out Kim Nero. While she was at work, he did find a nanny and Kim’s baby boy named Andrew in her apartment. By the end of the episode, the nanny had called Kim to warn her Julian showed up, but he has no idea the kid is his. Couldn’t it just as easily be Franco’s kid? They did sleep together when he had Drew’s memories, and she did name the baby Andrew. Better question, does anyone care about this baby or storyline? With William deVry’s days numbered as Julian, and Tamara Braun on Days of Our Lives as Ava Vitali, the introduction of this kid is oddly timed.

I was pleasantly surprised last week when even after Ava admitted everything to Nikolas that he stuck by her and they vowed to make their marriage a real one. It really looked like they had gotten over all the humps in their way, and then they had to go visit Ryan in the hospital to gloat to the unconscious serial killer that he had lost. Well, it’s safe to say they just doomed themselves and put targets on their backs, because yet another cliffhanger of the week was Ryan regaining consciousness.

What Did Tracy Just Do?

It was nice to see Tracy more involved in the storylines, and that she’s desperate to keep Ned’s marriage to Olivia from hitting the fan. I was definitely left with my mouth hanging open after Tracy left a drunk Alexis passed out behind the wheel of her car, which somehow is supposed to stop her from ruining Ned’s marriage by telling Olivia the truth. I’m not sure how this will stop the truth from coming out, but I can’t wait to see what Tracy has planned next.

This is an opinion column and these are simply my opinions. Please join the conversation below and share yours.

Get your free daily soap-opera fix for General Hospital — and all of the other daytime dramas — delivered straight to your email inbox by signing up for Soaps.com’s newsletter. Also, be sure to check out our photo gallery of Christmas on soaps over the years.

The Departure of Major General...

A Week of Unhappy Family Reunions on...