Friday the 13th Wrapped Up a Thrilling Week of Confessions, Killings and Revealing Secrets

Happy Friday the 13th! It was another action-packed week on General Hospital filled with shoot-outs, maternity lies, confessions, and the return of Port Charles’ mayor. Once again the Cyrus story continues to heat up as we get closer to learning his secret.

Alex and Anna’s showdown came to an end with Anna getting two shots off on Alex. Of course, before we could see her die, she rolled off the deck of The Haunted Star and into the ocean. Everyone, including Anna, has presumed she’s dead. Yeah, I’m not sure why anyone in Port Charles would believe someone was dead without seeing a body, especially Anna. They should all know better. Alex will be back for Peter, Maxie and the baby.

The lies we tell

Finn not-so-shockingly survived being shot by Alex. Hey, we knew they wouldn’t kill him off because he’s involved in too many storylines. Following Valentin’s advice, Anna lied to Finn that Faison had the marker for RA and there was no way to know who Peter’s mother was with Alex dead. Oh Anna, did you really take Valentin’s advice? Unless he’s dishing out criminal secrets, nobody should listen to him. This won’t bode well for Anna and Finn’s future. On a related note, I wonder if Peter is deep down starting to suspect the truth. He admitted to Anna that Alex’s words to him about how they are both extraordinary people who are above the law and consequences resonated with him. Maxie may also realize why Alex was so interested in her and the baby, but she will probably take longer to put the pieces together. Hey, it’s Maxie! Last week I was just hoping Alex would tell Maxie the truth.

Jordan and Curtis arrived at the safehouse too late and whoever Cyrus was keeping there was gone. Well duh, Curtis played his hand and told Cyrus he knew of the address. However, they discovered this person is near and dear to Cyrus and is also receiving some type of medical treatment. The big clue came when Laura arrived on the scene and was brought up to speed on everything, including the 40-year-old cold case that Cyrus was interested in. A shocked Laura made a call to someone to warn them that they were in trouble. In past columns, several have commented they hope this has to do with David Hamilton’s death in 1978 at Laura’s hands. While it could be a possibility, I think it may have something to do with Holly Sutton. Less we forget someone is holding her hostage and we’ve not gotten back to that storyline. That is likely due to Emma Samms being in the UK and unable to travel to film. Whatever the secret is, this storyline is really picking up steam. And I was so glad Laura told Jordan they would be having a talk about her future at the PCPD.

Whatever her secret is, I sense a rewrite coming. I’m old enough to remember teenager Laura smoking!

I think this mobster story just turned into a back from the dead. #GH

The secret everyone is learning about

As Willow and Michael predictably struggled with whether to sign the annulment papers, Chase confessed to BLQ that he and Sasha faked the affair. This is becoming one of the worst kept secrets in Port Charles. Unfortunately by the time that Chase decided to tell Willow the truth, he walked in on her and Michael about to make love for the third time. Are they rabbits? I still find them duller than watching the paint Willow put on Wiley’s nursery walls dry. It seems obvious after seeing that, Chase isn’t going to confess the truth. Then there is Sasha. What does Cyrus want with her? My guess is he intends to turn her into a high-class dealer given her connections thanks to Deception. And she clearly sees a source of drugs in him. I’m still hoping Nina or Carly will break and tell Michael about her. However, after Friday’s episode, it may come too late, as Sasha overdosed on Cyrus’ new product. Who didn’t see this coming?

I was glad to see Franco finally be honest with Liz about his tumor. Liv believes their love will see them through this. Perhaps that will be this year’s Christmas miracle. Seriously though, with crazy Cyrus and not-yet-dead Ryan, there is enough dark and nutty running around town without psycho killer Franco back.

Julian managed to use the fact that Taggert was alive as his ace to keep Sonny from just outright offing him, but even Ava seems to be getting fed up with her brother, especially after his threat to out Taggert would have put Trina in danger. I’m beginning to think Julian should be less worried about Sonny and Cyrus and more worried about his sister. I don’t doubt for a minute that Ava will throw him under the bus if it best suits her.

Nina finally was reunited with her coma-caretaker Phyllis, who spilled all the tea on giving her baby, and the half of the heart locket, to a couple in North Florida. Of course, the real cliff hanger came when Carly finally saw Avery wearing Nelle’s locket, and immediately realized Nelle was Nina’s child. It’s about time! This was a Friday cliffhanger done right. I can’t wait till next week!

This is an opinion column. Please join the conversation below with your own thoughts.

Get your free daily soap-opera fix for General Hospital — and all of the other daytime dramas — delivered straight to your email inbox by signing up for Soaps.com’s newsletter. Also, be sure to check out our gallery of ABC’s spin-off soap The City. 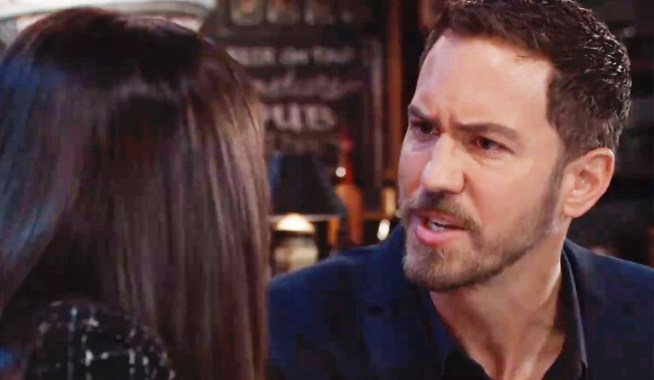 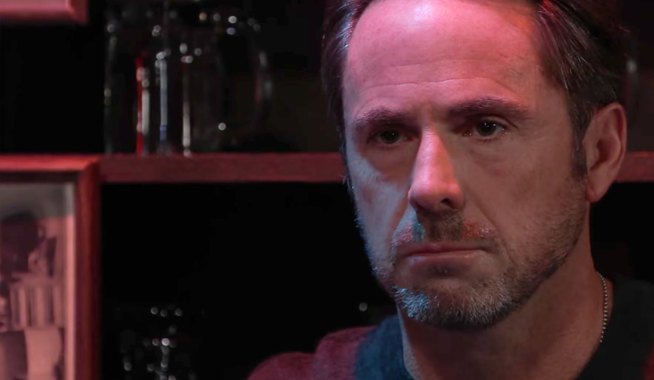