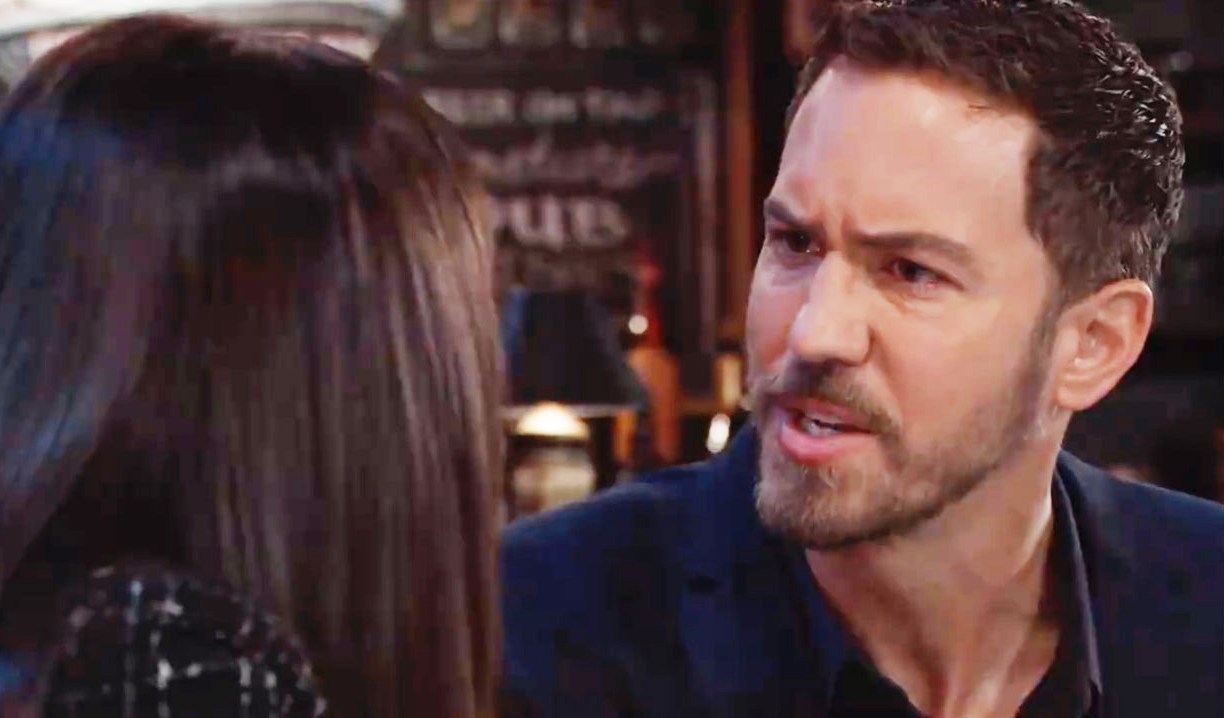 It was an exciting week on General Hospital. Alex’s return was the highlight with the chase to stop the dastardly twin before she did more damage. I’m looking forward to Peter’s world imploding when he learns Alex is his mother, as he made a point of noting having Anna as his mother was his saving grace given his father’s identity. And the Cyrus story finally seems to be taking off too. However Franco’s story was a bit of a downer, and poor Chase isn’t having a good 2020. But is anyone?

The Alex and Anna drama heated up as Alex attacked Anna and plotted to blow up her and Valentin. Fortunately, Anna and Valentin escaped. I mean come on, we knew they would. However, waiting and watching as Robert, Finn and others learned Alex was back was a rollercoaster of a thrill ride. Alex meanwhile began posing as Anna again and had dinner with Peter and Maxie. I found it odd that she wasn’t even trying to disguise her extra British accent that differentiates her from Anna. At least both Peter and Maxie noticed something was off with her. However, things really caught fire by Friday’s episode. In one of the many shocking and surprising moments in this story, Alex shot Finn and kidnapped Maxie, and then tried to escape with her on The Haunted Star. Alex was just about to tell Maxie the truth about Peter when Anna arrived. While I’m glad Anna’s there to save the day, I was screaming, “Spit it out Alex!”

Is Alex really using an InstaPot as a bomb? #GH

Tripping over his own feet

Okay, I had to laugh when Robert told Jason that Spinelli might be a brilliant hacker but he trips over his own two feet. It’s so true! I was disappointed that Peter realized, thanks to Valentin, that Spinelli likely created a voice generator to trick him. I wish the Helena charade would have lasted longer. Hopefully, Spinelli at least had the brains to record Peter threatening to resort to his ruthless ways and deal with him if he crossed him again.

Last week I wondered if Franco’s tumor would turn him into a killer again. It appears he’s worried about the same thing and shockingly asked Jason to off him if he started repeating his past behavior. Given the rumors swirling that the show has given both Emme Rylan and William deVry the ax, I can’t help but wonder if we should be worried about Roger Howarth? Where is Patrick Drake when he’s needed to perform another brilliant brain surgery?

Deal with the devil

To save his hide, Julian made a deal with the devil himself, Cyrus Renault. Cyrus seems to have taken care of Julian’s Ryan problem… but at what cost? Julian probably would have been safer taking his chances with Sonny, or maybe he should have accepted Nikolas’ offer to whisk him away and give him a new life. Unfortunately, Julian’s deal was for nothing it seems, as Taggert exposed him as the man he saw trying to kill a girl on the pier, who Sonny realized was Nelle. Now Jason has dragged Julian off to meet the don. Things are not looking good for Julian at all!

Jackie dropped a bomb on Chase and told him that she and his father were getting a divorce. That certainly came out of nowhere. Poor Chase, all he wants is a happy little family, but it doesn’t look likely to happen. And when the truth about Jackie and Finn’s fling comes out, it could very well destroy his newfound brotherly relationship with Chase. Chase may end up joining Sasha in her illegal extracurricular hobby before long.

I’m still finding myself annoyed that the only thing the writers can seem to write for Alexis is to make her a drunk again. However, drunk Alexis can throw a wicked punch. I know I should be on Sam’s side as she tries to get Alexis help, but I just loved Alexis telling Sam, “You’re not exactly the mother of a year being married to a hitman.” Girl tell Sam how you really feel about Jason!

Portia, Curtis and Jordan team up

I was really glad to see Jordan finally come clean, well mostly, with Portia about being blackmailed by Cyrus. She stopped short of telling her that Taggert was alive, but if she had, Portia would have felt obligated to tell Trina. For weeks I’ve been saying the writers need to make the Cyrus story a little more interesting and give up some clues as to what he’s really up to. This week they really stepped it up and I’m actually finding myself able to be invested in this storyline. I can’t wait to see who Cyrus is hiding at that house, and what the connection to a 40-year-old unsolved murder is.

I’m also thrilled about Portia, Jordan, and Curtis teaming up to take down Cyrus. Yesss. #GH

These are my feelings and opinions. Please join the conversation below.

Get your free daily soap-opera fix for General Hospital — and all of the other daytime dramas — delivered straight to your email inbox by signing up for Soaps.com’s newsletter. Also, be sure to check out our gallery of Laura Wright’s defining moments as Carly.

Thanks to Two Big Twists, It Looks...