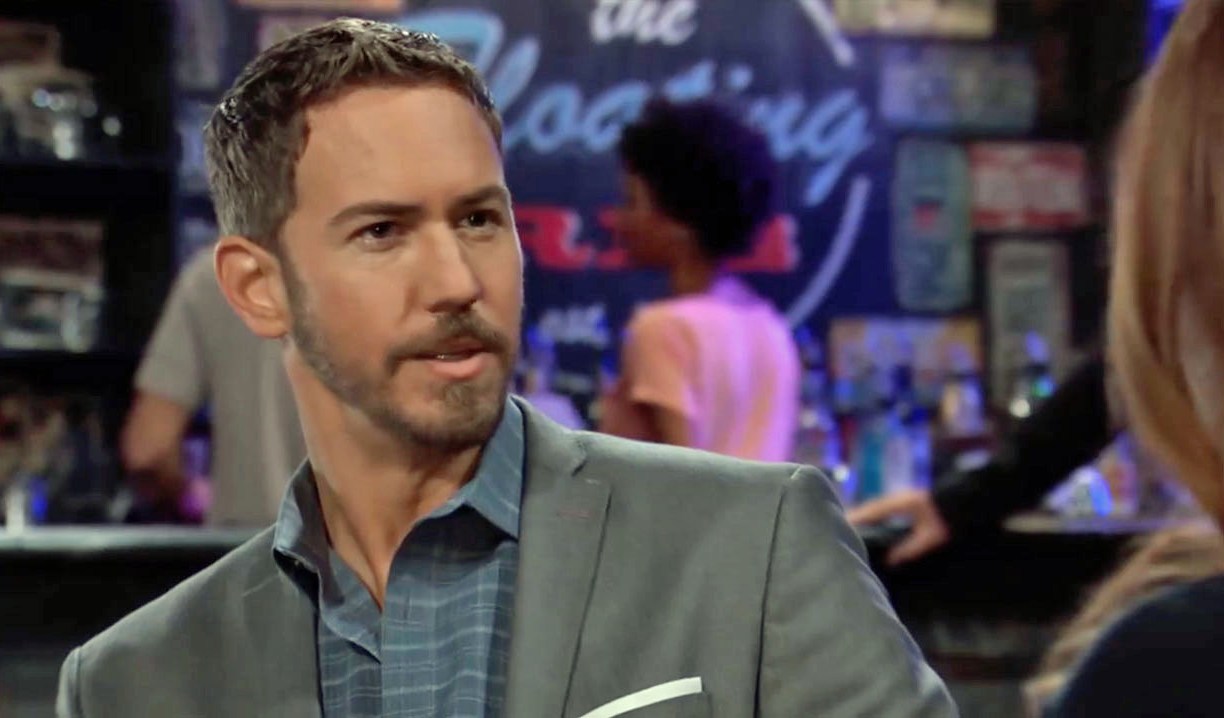 This week on General Hospital was incredibly heavy on Peter and Cyrus. Deception is living up to its name. Ava is still stuck in a hard place with Ryan. And Alexis has gone into full-blown drinking mode. It was definitely a slower than normal week compared to previous ones, but things really picked up on Friday.

Maxie shocked Peter with a marriage proposal, and he accepted. Fortunately, Robert is still determined to bring Peter down, and Dante, though distracted, knows he is on a mission to do the same. With Dante back in town, hopefully, this storyline will speed up. The powers that be have been moving fairly quickly with other plots, but this one seems to be dragging. Maxie and Peter need to plan a wedding as soon as possible because as we know in true soap fashion, that’s the event where Peter’s world will be rocked.

Lulu was floored by Dante turning up on her doorstep, and he was equally surprised to see she had moved on with Dustin. Dante shouldn’t have been seeing he pushed her to do so, and outside of dreaming of killing Dustin, I thought he handled the blow well. However, Lulu’s laying into him and saying if she had known forever was only going to be a little over a year she may have made different choices was great. This triangle should get very interesting very quickly.

Exactly right! They’re divorced, so technically Lulu owes him nothing at this point.

Whether Alex or Anna is Peter’s mother is another storyline that has been dragged out for far too long, but it looks like they are finally fast-tracking it. With all the mentions of Alex coming to Port Charles, I’m thinking we will see her soon and find out if she really was going to kill her sister. Valentin echoed many viewers’ sentiments when Anna finally told him that Alex maybe Peter’s mama, “Oh thank God!” Indeed! It’s time to end this nightmare and find out the truth about Peter. I am really enjoying watching Valentin and Anna together, and find they have far more chemistry than she does with Finn.

Last week I bemoaned that Amy and BLQ were doing a repeat of the Ask Man Landers storyline, which was a snooze the first time around. Thankfully they didn’t drag this sequel out, and BLQ and Amy were exposed at Deception’s disastrous sales pitch. I was glad to see Valentin call Brook Lynn out and telling her that her life being a train wreck was her fault, as well as Chase giving her the boot from his apartment and pushing her to work things out with her family. Naturally trying to work things out with Ned didn’t go well, and I was team Ned when he told her she screwed up because she was impatient and was only thinking of her career. In one of two great Friday cliffhangers, BLQ later overheard Ned admit his affair with Alexis to Monica. Woah! I wonder how she’ll use this to her advantage.

Once again Cyrus was all over Port Charles and in everyone’s business. The audacity of him showing up at Mike’s memorial! What was he thinking? That Sonny would welcome him with open arms? I was also a bit surprised that he is buying the little show Brando put on being at odds with Sonny and Jason and wants to hire him. Cyrus can’t be this stupid as to believe Brando is anything but a spy, and Sonny seems overconfident in Cyrus’ arrogance will allow him to believe Brando has turned on Sonny. Again, I wish the show would give us some hint as to what Cyrus is planning and where this storyline is going.

Dev screwing around with Cameron and Joss and their kiss really irked me. While I’m team Cam and Trina, I don’t want to see them forced together by devious Dev, who stands to ruin all four of their friendships with his schemes.

I was really glad to see Franco come to his senses and agree with Liz on ending the blackmail scheme and they tore up Ava and Nikolas’ checks. Unfortunately, Ava found the remnants of Nikolas’ check and it won’t take her long to figure out Scott, who she just handed a check over too, blackmailed her husband as well. I hope Ava and Nikolas’ marriage can survive this because I’ve come to really like them!

These are simply my opinions on the week’s episodes. Join the conversation and leave your own in the comments.

Too Many Addictions, a Possible...

A Week of Hook-ups, Hangovers and...