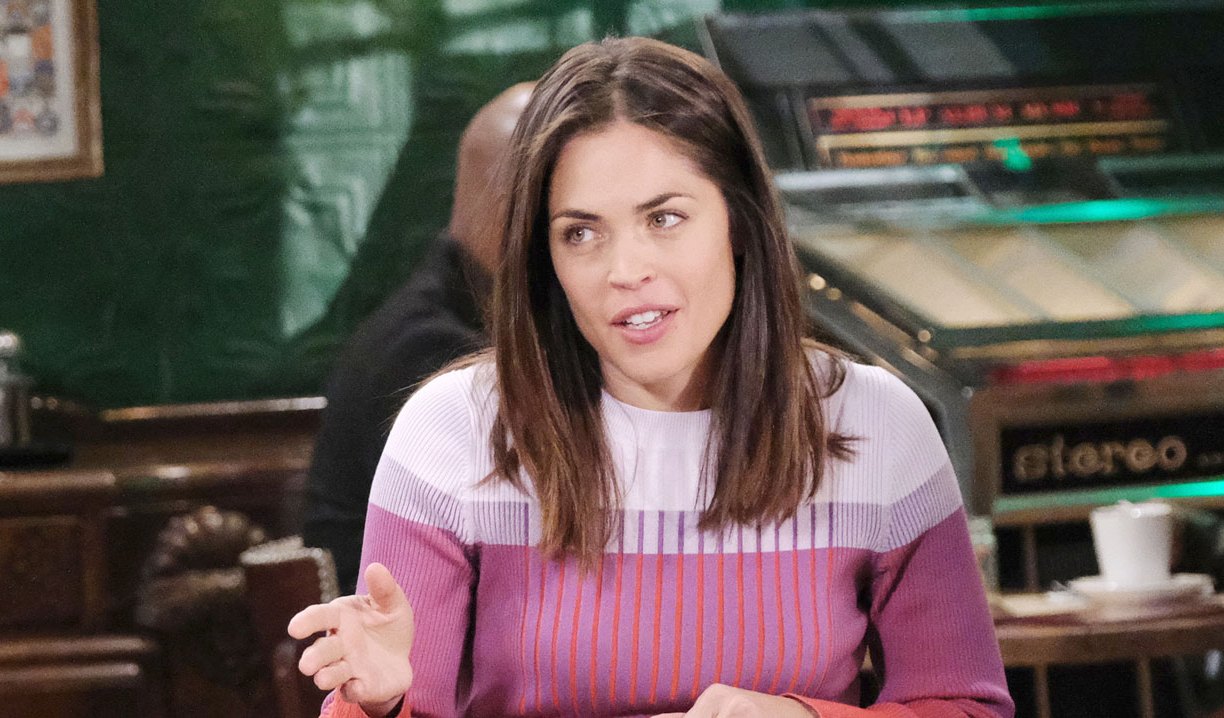 This week on General Hospital while there were some powerful scenes and developments, there seemed to be an excess of rehashed conversations slowing things down, such as Sam once again asking Jason if he blames her for everything that’s happened, and the going over Ava and Nikolas’ marital issues. The teens’ homecoming plans also weren’t thrilling stuff, and it’s obvious a Trina, Cam and Joss triangle is coming. And Dev popped back up out of nowhere, with Cam questioning his sexuality, which could finally give his character a purpose and storyline.

Olivia being turned down by Dante for a visit was heartbreaking, but Lisa LoCicero’s acting as Olivia in the scene when she was telling Dante that she would never give up on him was phenomenal. I predict she’ll submit that scene along with the Ned and Brook Lynn scenes for a Daytime Emmy next year. I did chuckle when Olivia demanded Dante open the door. It’s a highly secure WSB facility, I don’t think the doors work like that Olivia! I am not liking whatever is going on between Robert and “Liv.” Their leaning on one another more and more can lead to nothing good for them or poor Ned.

Another twist in Neil’s death

I fumed in last week’s column over the point of Neil’s death after everything he and Alexis went through. When it turned out he died of an opioid overdose, it really looked like Cyrus took him out. I pondered perhaps one of Neil’s clients had something on Cyrus and he was a threat. Then the audience was thrown another twist when Cyrus made a call to find out where Neil got the drugs he overdosed on, seemingly indicating he was not involved. So what, this is the end? Neil was a junkie and senselessly overdosed? Many Nelexis fans are campaigning to bring him back, though another faked death right after Taggert might be too much. Then again, is anything too much on a soap opera?

Let’s hope that Jordan and the ME got Neil away before he actually died and are keeping him in a safe house somewhere until Cyrus is taken care of. This would be the only upside in the asinine decision to end Joe Flanigan’s tenure in the show. Bring Joe back to GH!!

Holly’s memorial brought some nice flashbacks of her and Robert’s romance, though we could have done with a few more. Of course, the big moment was when Robert got a call, seemingly from Holly, begging for his help. Since the moment they killed Holly off off-screen, fans refused to believe that was the end of the legacy character. With Nathan Parson’s returning as Holly’s son Ethan Lovett, this could be the making of a fun adventure with him and Robert searching for Holly. And let’s face it, Robert’s been a bit boring as a DA.

Thursday’s show left me completely baffled. Liz and Franco both had discussed that Ava and Nikolas were messing with them in order to win their way out of their marriage. Suddenly Liz is crying to Nikolas, who she’s forgiven for faking his death, that her marriage is falling apart and may be over. Since when? Meanwhile, Franco is flattering Ava’s beauty in wanting to paint her again, and that she deserves better than Nikolas. Both pairings moved in for a kiss as someone photographed each of them. All I could think was, Liz and Franco had better be playing these fools! However, Friday’s episode seemed to indicate nothing of the sorts. Hopefully, they are, otherwise, this storyline is quickly becoming a headache.

Last week I noted that there is only so long Mike can survive without food, and realistically that passed awhile ago. Stella returned and thankfully pointed that out. Now Mike has developed pneumonia and is on oxygen, and Sonny and his family know Mike is at the end and have begun the process of saying goodbye.

Britt Westbourne was back, and as the new Chief of Staff. It appears she’ll be sticking around a bit longer. In more shocking changes, Epiphany has been demoted from head nurse to a paper pusher, and Liz a part-time satellite crew. While I’m glad Britt is back, this is another disastrous turn of events at the hospital. On the plus side, the hospital is finally back as a focal point of a storyline!

This is an opinion column. Join in on the discussion on the past week in the comments below.

Get your free daily soap opera fix for General Hospital, and all other soaps delivered to your email inbox by signing up for Soaps.com’s newsletter. 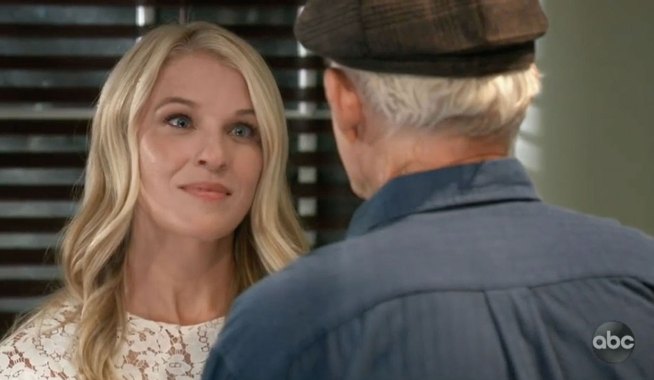