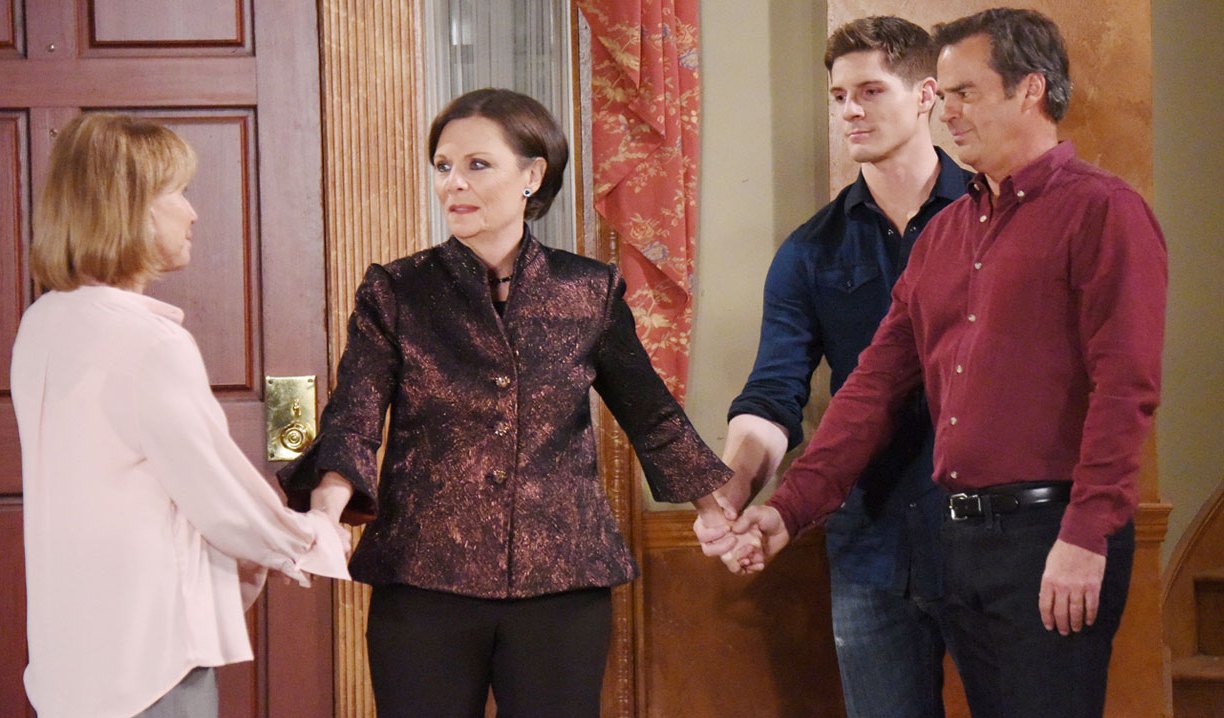 It was the end of an era as Jane Elliot said goodbye to Tracy Quartermaine and “General Hospital” this week. It was a great send off, which made up for some of the other lackluster stories.

A touching farewell for Tracy.
I speculated in last week’s Deconstructing GH that Samira was scamming Tracy, and this week that was shown to be true and Lord Lardy masterminded the scheme. It was nice to see Larry exposed and run from the mansion for his life, but I would rather have seen him and Samira put behind bars. Tracy later gathered her family and friends for a huge announcement over brunch. Olivia was hilarious when she arrived and saw there was no food, and I loved Tracy letting her know there was food coming and this was her party and they were doing things her way. Having Tracy order pizzas for the shindig was a great nod to the Quartermaine history. She then revealed that she was leaving town to start living her life for herself. Her final few episodes really made up for the cruddy painting storyline that led up to it. Ned announcing that he was taking the Quartermaine name was really touching, and I adored Tracy telling Olivia to look after Ned. Tracy and Monica’s farewell was probably the most moving. Monica promising not to redecorate their house, and yes she called it their house, was a fantastic farewell present. Of course, Tracy running into Luke in some café in Europe and the episode ending with them locking eyes was simply perfect. More: A look back at Jane Elliot and Tracy Quartermaine’s history on General Hospital

Seriously Sonny?
It was another week of poor decisions from Carly and Sonny. I couldn’t believe Sonny got sloshed and slept with Martina. Did he learn nothing from what he just went through with Nelle? To make things worse, Martina turned out to be the lawyer Carly hired. Unfortunately, Martina showed her cards to Sonny, which was a big mistake. When he suggested they come clean to Carly and Diane about their indiscretion, she refused fearing it could get her disbarred. Wait, now Sonny wants to be honest? I guess he did learn something from Nelle after all. However, Sonny probably realizes he can manipulate Martina with their secret. Carly meanwhile is determined to get down and dirty in her divorce battle. Many on Twitter found it laughable that Lulu of all people tried to advise Carly against letting her anger get the best of her.

@BlueWizard75 @soapoperafan I know I would be quick to take advice from the all-knowing, "I-got-my-sh*t-together" LuLu! LOL

@BlueWizard75 #Carson is just out of control and has been for weeks! One bad choice after another with them! #GeneralHospital

Shirtless and sweaty for May Sweeps!
May Sweeps got off to a good start when it came to the shirtless hotties of Port Charles. We got a shirtless and sweaty Nathan two days in a row, followed by Nathan hanging out in an open shirt. We also saw some skin from Sonny and Ned. Hopefully this trend keeps up, because daytime has been lacking in some sizzling scenes for a while. Though I must scold Anna, or fake Anna or whoever she is, for making Nathan put on his shirt in her presence.

Project Chimera.
The mythical chimera reared its head in Port Charles. Jason discovered a drawing of it on a hidden page in Helena’s book, Jake drew it on his timeline, and Anna and Valentin discussed the Chimera Project the WSB was apparently working on. It figures that Valentin would have something to do with this. He clammed up when Anna questioned who he may have sold the project to after stealing it on her orders. I won’t be surprised if the project has something to do with Charlotte’s conception, or perhaps that Jake or maybe even Jason is a clone. This storyline is keeping my interest, though others don’t seem to like it much.

@BlueWizard75 i was looking up the word, and it could have something to do w altering genes to make someone have 3 biological parents

Crazy Amy.
Amy, who is taking over Maxie’s behind the scenes job at the Nurses’ Ball, seems to have gone from one bizarre infatuation to another. First it was revealed that she had a long-standing crush on Dillon going back to high school, and she felt that Kiki wasn’t worthy enough to be his girlfriend. Now she’s seemingly fixated on Nathan, stealing a photo of him from his apartment and tearing Maxie out of it. The writing for Amy is as crazy and all over the place as she is.

So long Brad!
I’ve made no secret that I think that Finn’s drug addiction storyline has been a bust. Given that Brad has returned to his scheming ways, if putting up with this storyline sees him fired and out on his butt, then it will be worth it. It was good to see Hayden and Finn finally get a clue that Brad was tampering with the results and set him up. I feel bad for Lucas when he realizes what a jerk he’s married to.

These are just my opinions on the week. Feel free to leave your own in the comments. 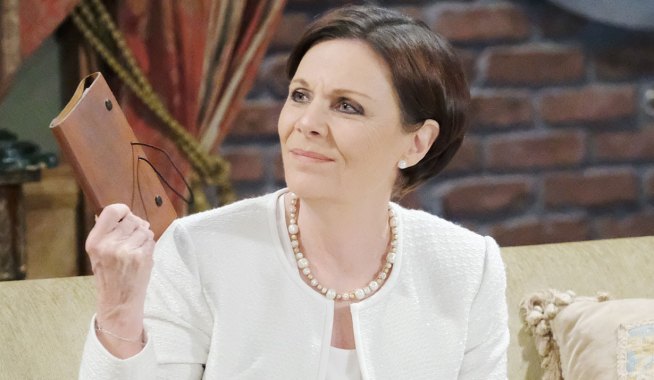 Deconstructing GH: The dull, or lull, before May Sweeps

Deconstructing GH: May Sweeps kicks in with some exciting surprises 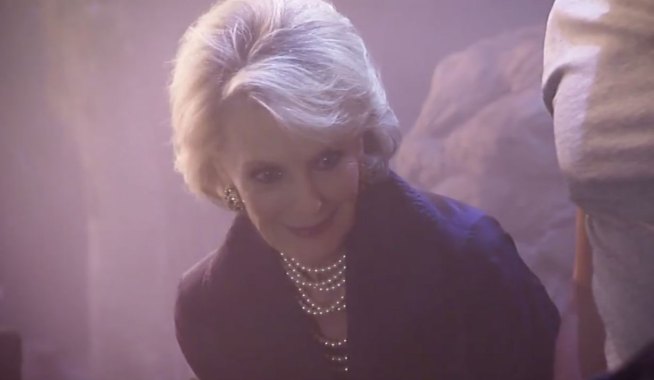