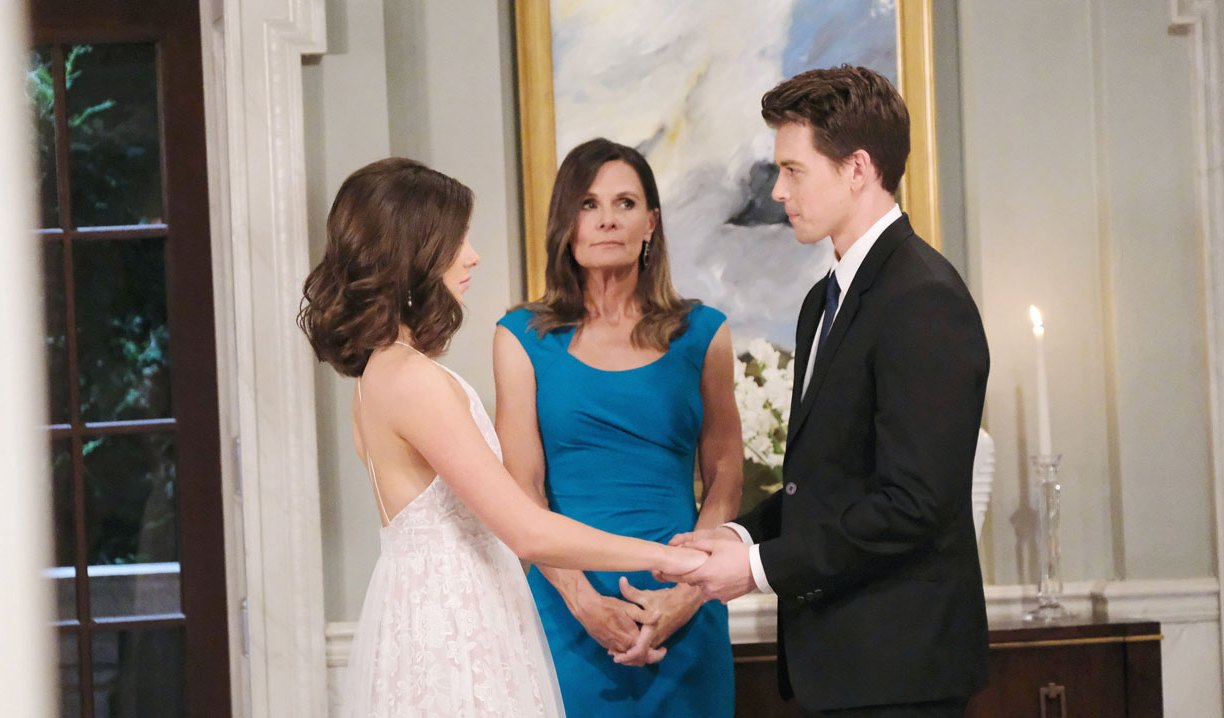 This week on General Hospital, Michael and Willow finally married, and so did someone else. More questions concerning Holly’s death were brought up, and it looks like we are getting closer to saying goodbye to Mike. It wasn’t the happiest week in Port Charles.

I found myself confused in last week’s Deconstructing GH over Sasha and Chase’s plan to get Michael and Willow to marry. Seeing the hearing was the next day, and it was already the evening, when was this wedding supposed to happen? Naturally Sonny came to the rescue, got a marriage license and had Lucy officiate a quickie wedding. It’s still mind-boggling that Michael and Willow haven’t figured out what Sasha and Chase did, especially since they discussed their break-ups had cleared the way for them to marry.

Meanwhile with Chase broken-hearted, and constantly coming into conflict with Brook Lynn, it would appear the powers that be are setting up a rebound relationship between them. Hopefully, I’m wrong, but there has to be some reason they have been hitting us over the head with these scenes. Then there is Sasha, who is falling apart having lost Michael and decided to snort some coke she was given at the Deception photo shoot. Do we really need another addiction storyline on this show?

I hate the Nelle character but I hope she gets custody, that’s how much I hate this s/l. Just put Chase/Willow/Michael/Sasha back together. No way, M/W would ever believe S/C would cheat on them with each other, esp. since Sasha openly pushed so hard for M/W to get married. #GH

Nelle does it again

How the hell did Nelle hide out in the back of Charlie’s and nobody saw or found her even when it closed up? Better yet, why was she hanging around? It doesn’t matter, it was so she could get dirt on Julian and learn he rigged Brad’s car and put his son into a coma. Just when you think Michael might have the upper hand against Nelle, she gets her own leverage. And by the end of the week, she showed up at the hearing in a wedding dress. Oh brother! Check out my speculation on why I think Nelle will win custody of Wiley.

Where in the world is Holly Sutton

More revelations about Holly’s “death” came to light when Robert revealed she was doing work for the WSB when the ship she was on went down in a storm. However, the WSB’s report has Anna and Mac thinking the ship sinking was no accident. At least a sunken ship likely means the classic “no body” plot point so she can be brought back from the dead. Maybe she’s wherever Drew Cain is and they will return together. Wouldn’t that be something!

The end looks near

For the last several months Mike has been on a steady decline. However just when it seems it’s the end, he snaps back or has a moment of clarity. Alzheimer’s is one nasty disease, but this story is well written, acted, and true to how the disease affects everyone involved, not just the patient. With Mike requiring a feeding tube to live, it appears Sonny is going to have to make the heart-wrenching decision to let his father go or fight to keep him alive. We’ve likely reached the moment when we will all have to say goodbye to Mike. Ava bringing Avery to see Mike was a touching scene, and I was floored when she apologized to Sonny for threatening to press kidnapping charges against Mike last year. Sonny and Ava were actually civil to one another proving miracles do happen.

Sonny and Ava being nice to each other? This is a dream/fantasy episode, right? 😂

I enjoy Olivia, but sometimes I wish much like her business partner Carly that she’d close her mouth. As a mother, it’s understandable she is still holding out hope that Dante will get better and return home to his family. But it’s not fair for her to expect Lulu and Rocco to pause their lives around Dante. The fact is he may never return. Lulu is young, she has her life ahead of her, so she can’t spend it in a black shroud morning Dante. Likewise, Rocco is growing up and will need a father figure to turn to. Olivia accusing Lulu of trying to erase Dante from Rocco’s life was out of line, and it was nice that Lulu set her straight.

A touch of humor

Robert waking up on Laura’s couch not recalling the events of the prior evening, and Laura teasing him with hurt feelings that he didn’t recall, was the touch of humor that was needed. Between Mike’s decline, Holly’s death, and the scam affair, the show has been pretty depressing lately. The look on Robert’s face when Laura suggested they pick up where they left off the night before was priceless.

As always, these are simply my thoughts and opinions. Please join the conversation and leave your own in the comments.