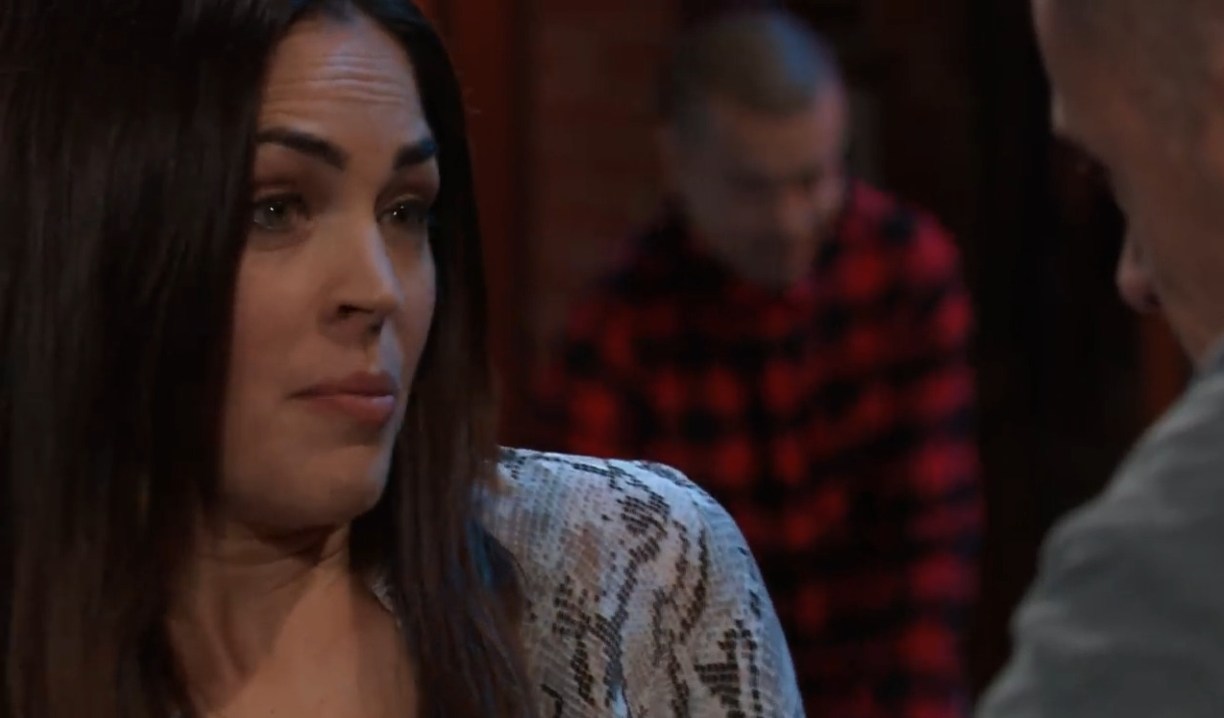 This week on General Hospital saw the return of a fan favorite, more heartbreak for Alexis, Peter hasn’t fooled everyone, and viewers have theories about Trina. Overall the episodes were solid, but sometimes slow, and many character’s actions were baffling.

The insanity of Peter spreads

I noted in last week’s Deconstructing GH Anna believing Obrecht was guilty of Peter’s crimes was too much to handle. Maxie also surprised me that she immediately thought the worst of Obrecht. Their love for Peter is blinding them. Unfortunately, it got worse when Finn also believed the falsified information and apologized to Peter for misjudging him. Fortunately, neither Spinelli nor Jason is buying it. If anyone can find what is needed to expose Peter it’s Spinelli, and the dude better hurry up! Nina also fell victim to believing Obrecht was guilty, and even Franco is unsure she’s innocent. Et tu, Franco?

Britt Westbourne returned to lend Brad support after he pled guilty, only to keep Sonny from killing him. She quickly sought out Julian, knowing he helped Brad, which somehow led to shots and sex. What in the world is going on in Port Charles? Has everyone lost their minds? Someone should test the water.

We learned that Curtis and Trina’s mother Portia are old friends. We still don’t know the real nature of their relationship, nor how long it’s been since they’ve seen one another. Maybe about 17 years? With Trina getting a DNA match on someone in Port Charles a few weeks ago on her Ancestry results, many are speculating she matched with Stella, and Curtis could be her father. It would be an interesting twist seeing Curtis recently thought Jordan was her mother.

My heart broke for poor Alexis and Neil. Alexis lied to help Neil keep his license, but not before they had passionate sex the night prior to his hearing. Now they can’t see each other for two years. We know that isn’t going to happen. It’s interesting that Alexis is now in a situation similar to her daughter Sam, who she’s been lecturing about staying away from Jason so as to not violate her parole.

It would be nice if Sonny’s talk about the importance of family sunk in with Brook Lynn and she is giving up the idea of selling her shares to Linc, which is why she sought a job at ELQ. Unfortunately, that probably isn’t what is going on. She’ll probably work one day, hate it, and sell her shares. Other viewers on social media are a little more optimistic.

I hope this triggers Brook Lynn’s inner Q and she makes a move for the top job at ELQ. Make her Granny proud #GH

Michael’s history lesson on marriage once being a business transaction between people and families certainly wasn’t a romantic way to suggest marriage to Sasha. Sasha meanwhile went from not knowing if she was ready to be a mother to giving Michael’s proposal serious thought. That was a quick turnaround. Michael proposed and she accepted, but Diane shot this idea down because of Sasha’s court record and told him to pick someone else. The only one left at this point is Willow, and many viewers have seen this quadrangle coming since the baby swap storyline began.

Where in Port Charles is TJ

TJ has claimed to be taking some time away to think after Molly broke his heart by rejecting his proposal, but Jordan worries Cyrus has him. Unfortunately, she was right, and she’s being forced to do his bidding if she wants to see her son again. In a surprising twist, Harmony was back and is running messages between Cyrus and Jordan. She just got out from under one crazy dude and has moved on to another. There must be more to this story. Meanwhile, Sam has offered to use her amazing PI skills to find TJ for Molly. Sorry Molly, you aren’t going to ever find TJ if you stick with Sam!

These are only my opinions of the week. Please join in the conversation by sharing yours in the comments. 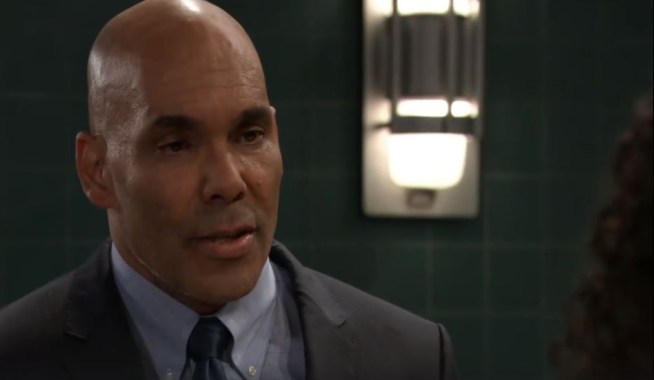 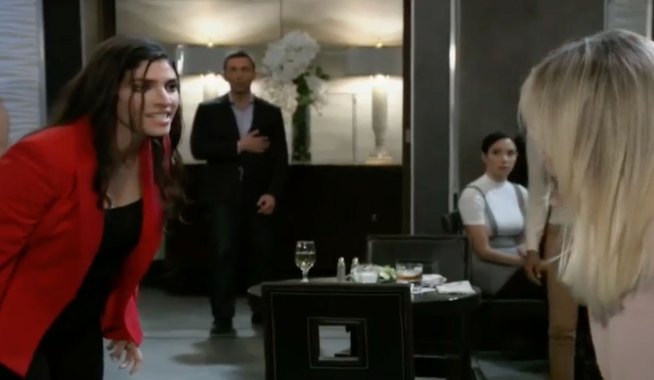