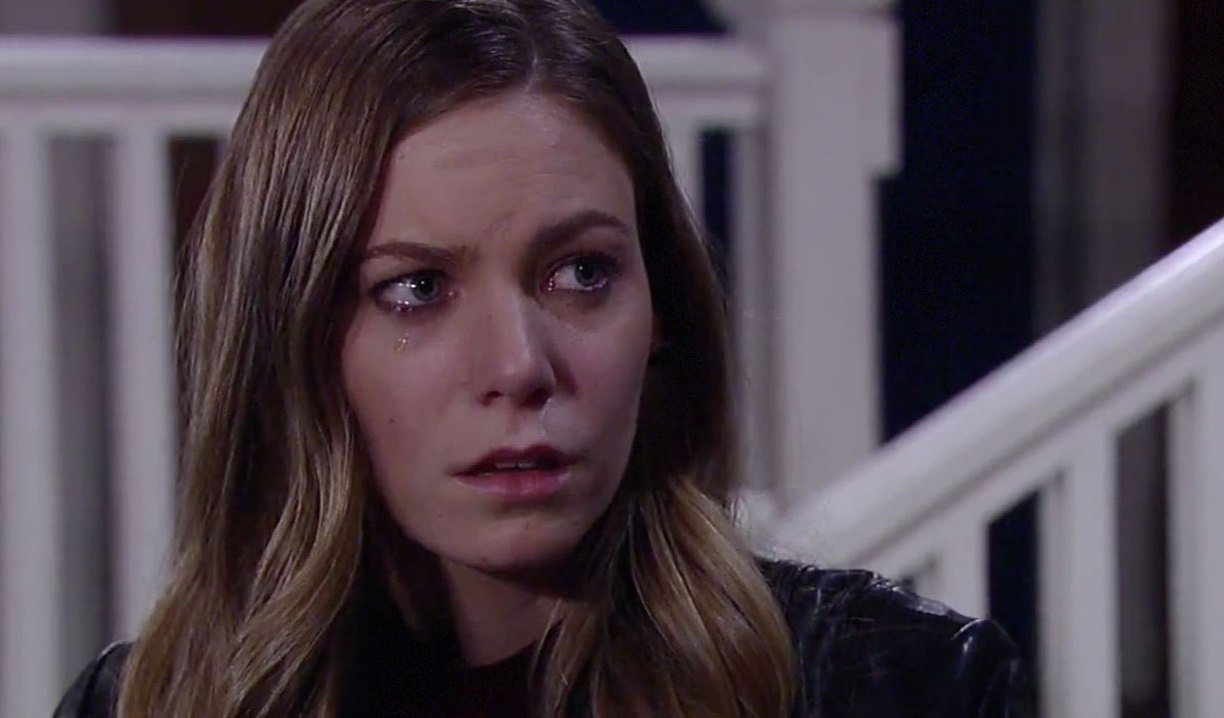 Viewers were on the edge of their seats this week just waiting to see Nelle and Ava go down. It’s been long overdue, but it seems we may have to wait a little longer. While two psychos could finally get what they deserve, it looks like a new one is coming into her own.

Jax’s big return to Port Charles.
When Ingo Rademacher’s return to General Hospital was announced by Executive Producer Frank Valentini, it was said to result in a big payoff for Sonny and Carly. So far we haven’t seen it. Sure, Jax did confess that he is the one who bought Nelle’s kidney, and Nelle realized she had been played by her father. It turns out she found a poker chip in his things after returning from the trip he went on following getting paid for her kidney, and it was clear he gambled the money away. So she knew her father was a louse this whole time, but convinced herself Carly was the enemy? I just can’t with this story anymore!

@BlueWizard75 Such a non-compelling character and storyline. Who cares?

@BlueWizard75 GH always brings on villains with no redeemable qualities. Then six months in they try to show attributes.

Here we go again!
Friday’s show ended up with Jax and Carly kissing, and Carly not wanting to stop. Didn’t we just go through this?

She’s going down, she’s yelling timber!
The ineptitude of the PCPD strikes again! Upon finding Morgan’s medication, Dante is having DNA and fingerprints run on the bottle. At this point half of Port Charles has touched that thing, and when the labs came back it was inconclusive because of that. I can’t believe he didn’t stop to see if The Floating Rib has security cameras inside to see who had the pills. It is a bar, and most have them. Then again, this is “GH.”

Fatal attraction.
After months of nurse Amy annoying half the town, the writers finally decided to give her a storyline, which looks like it is going to be even more annoying. Suddenly Amy and Dillon went to high school together, were in the film club, and are now assigned to head their high school reunion. Of course, Amy always had a crush on him, and upon learning Dillon and Kiki were an item has decided that Kiki is all wrong for him. After dealing with Morgan’s bipolar issues keeping Dillon and Kiki apart for so long, it seems we have round two coming with Amy. No thanks!

The truth will just complicate things.
I had expressed my hopes in last week’s Deconstructing GH that Anna had been brainwashed into seducing Valentin. Well Anna learned that’s exactly what happened, and it was all thanks to one Cesar Faison. Faison hypnotized her into handing over what she learned from Valentin and then wiped her memory of him, possibly because it seems she really cared for him and Faison was obsessed with Anna. Who knows! Seeing how he’s been mentioned a lot in the past few weeks, I can’t help but wonder if we may see him pop up soon. A battle between Valentin and Faison over Anna could be interesting. Viewers are still eating these two up as a couple, and I have to wonder if anyone is still rooting for Nina and Valentin?

They keep trying to make Finn go to rehab, but he says, “No, no no!”
Hayden finally told Finn to take a hike this week. Well, not really. She told him she couldn’t help him any more given he got verbally and physically abusive with her, and told him to go to rehab. Hopefully he does, and we get a break from this awful storyline.

More: Hallmark’s Moonlight in Vermont, starring a soap alum, premieres in this weekend

Tracy’s mysterious look-a-like painting.
Tracy finally got some closure in her ongoing daddy issues when she found out Edward had bought a painting that looked remarkably like her in order to leave her as her inheritance, after cutting her out of his will years ago. Of course, the monks at the abbey that have been holding the painting want to sell it to finance their charitable work, but Tracy won’t have it. I have to side with Tracy here, because they already admitted her father sold off all his other paintings to help them out. Then there is the sound of a woman or girl crying that Laura keeps hearing, which is bizarre. I don’t think this abbey is actually on the up-and-up. By the end of Friday, a mysterious young girl emerged, who appeared to possibly be blind. I am thinking Edward had an illegitimate daughter who he hid out at the abbey.

Franco, Jake, and the time-line drawing.
I was pleasantly surprised to see Franco take Kiki’s advice and back off trying to help Jake and let Liz and Jason deal with it seeing he is their son. Of course the only one this is hurting is Jake, who has become attached to Franco. Hopefully Andre will get somewhere with the boy, but he doesn’t have a stellar track record with other members of Port Charles that he’s treated.

These are just my thoughts for this week. Feel free to leave your own in the comments, whether you agree or disagree.