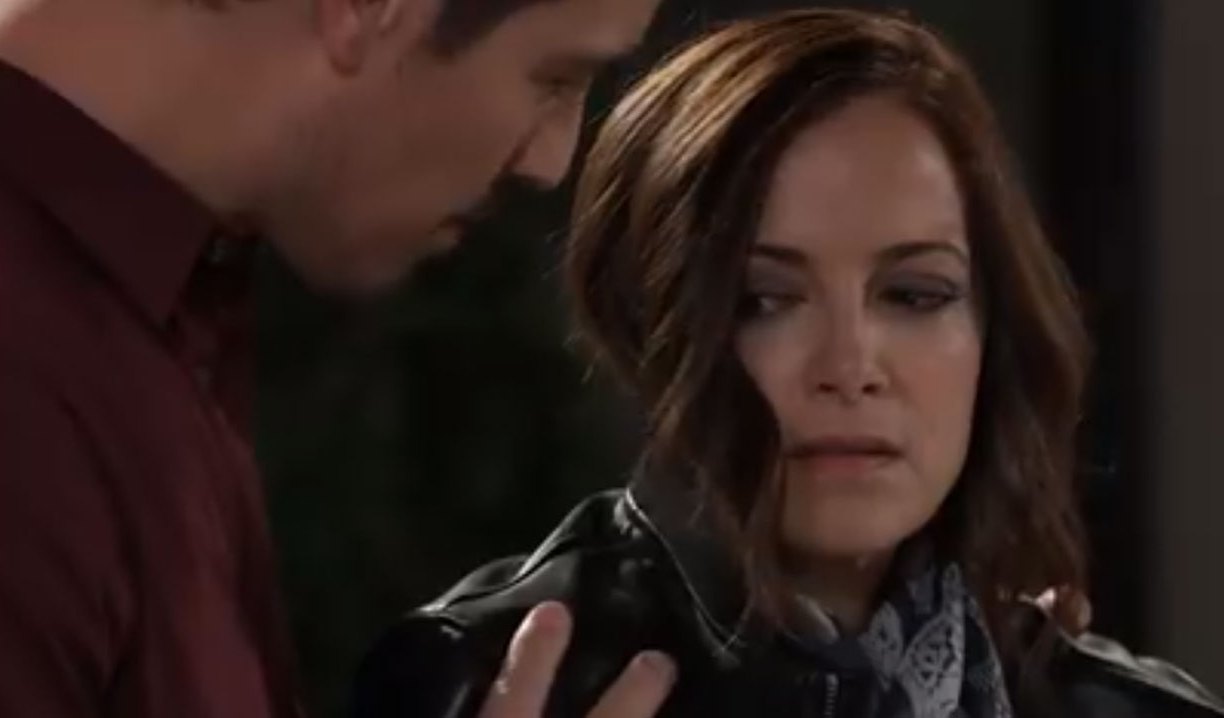 This week on General Hospital, Hayden split town, Mike’s conditioned worsened, and Dev’s true identity is the latest in a long list of worst-kept secrets on this soap opera.

With the holidays approaching, Mike’s Alzheimer’s rapidly getting worse isn’t the feel-good story viewers were probably hoping for this season. It’s been an emotional rollercoaster of a story, and when the time comes to finally say goodbye to Mike it will be one tear-jerker of an episode.

Neil and Julian were both onto Kendra this week, and by Thursday Alexis finally realized who Kendra was, which looks to end this time-wasting storyline sooner rather than later.  Of course, Kendra got the upper hand on Alexis, dragging it out hopefully for not much longer. Unless they pull out the tired soap trope of Kendra keeping Alexis hostage. Kiefer’s death was a century ago in soap time and reviving it for this revenge plot has been a waste of airtime.

I noted in last week’s Deconstructing GH Nikolas sneaking all over Port Charles and not being seen was getting old, as is his excuse, “I’m dead, nobody is looking for me.” He’s a prince and was well known in Port Charles! Someone is bound to recognize him. He’s not even wearing the usual lame hat and sunglasses soap disguise. And now Charlotte, who thinks he’s her secret bodyguard, has found a photo of him on her mother’s phone.

Meanwhile, Jax and Laura completely let themselves get played by Martin Grey, who left his tablet behind after a meeting with them about Helena’s portrait and recorded them spilling the beans about the codicil. How did they not suspect something was up when he quickly returned to retrieve it? I rolled my eyes into the back of my head watching that scene play out. Now Valentin knows about the codicil, and everyone will be after Ava to get the painting. At this point, Nikolas needs to reveal himself because he’s the only one she’s likely to give it to. This story needs to end well before Valentin and Nina’s New Year’s Eve wedding.

Nikolas staged an attack on Hayden to convince her to leave town, so she wouldn’t spill the beans to Valentin about the codicil. Of course, we the viewers know that Valentin already knows about it, so Hayden’s leaving town for nothing. Hopefully, this is temporary, because Hayden is a phenomenal addition to the cast and we just got her back. It’s as if the powers that be just don’t know what to do with her character.

Seriously, it’s like they’re trying to make us dislike Nik despite our predisposition to root for him based on his legacy.

Dev’s lies caught up with him, and he and Joss were forced to tell Cam and Trini who he really is. Whoop-de-doo! This is another storyline taking up airtime when something better could be playing out. One can take a guess that someone will eventually turn up looking for Dev and all the kids will be put in danger knowing what they know. The only thing worth looking forward to with this story is Carly telling Sonny, “Told you so!”

Thanksgiving without the pizza

Due to the recent pre-empts, the annual Quartermaine pizza day will air sometime next week. It’s too bad Olivia didn’t get her pizza joint because she could have just made them some pizzas with turkey pepperoni and called it a day. We did get Anna and family, along with Sonny and company’s holiday celebrations, both of which were incredibly awkward. Anna invited Andre over, not knowing her “son” tried to bump him off. Then there was Finn getting Hayden’s Dear John letter. And Mike’s condition worsened, with poor Sonny forced to take him back to the home.  And to top off the unhappy holiday, Julian tampered with Brad’s breaks. It doesn’t take a genius to figure out this will come back to bite him in the butt, with Lucas likely getting hurt. This was one of the most depressing Thanksgiving episodes I can recall on a soap in a long time. It actually made me yearn for the Quartermaines eating pizza and singing that terrible song.

These are just my opinions on the week’s episodes. Please leave yours in the comments, and have a happy Thanksgiving if you are celebrating!

Deconstructing GH: Nina and Brad Are...