Deconstructing GH: Nina and Brad Are Painful to Watch 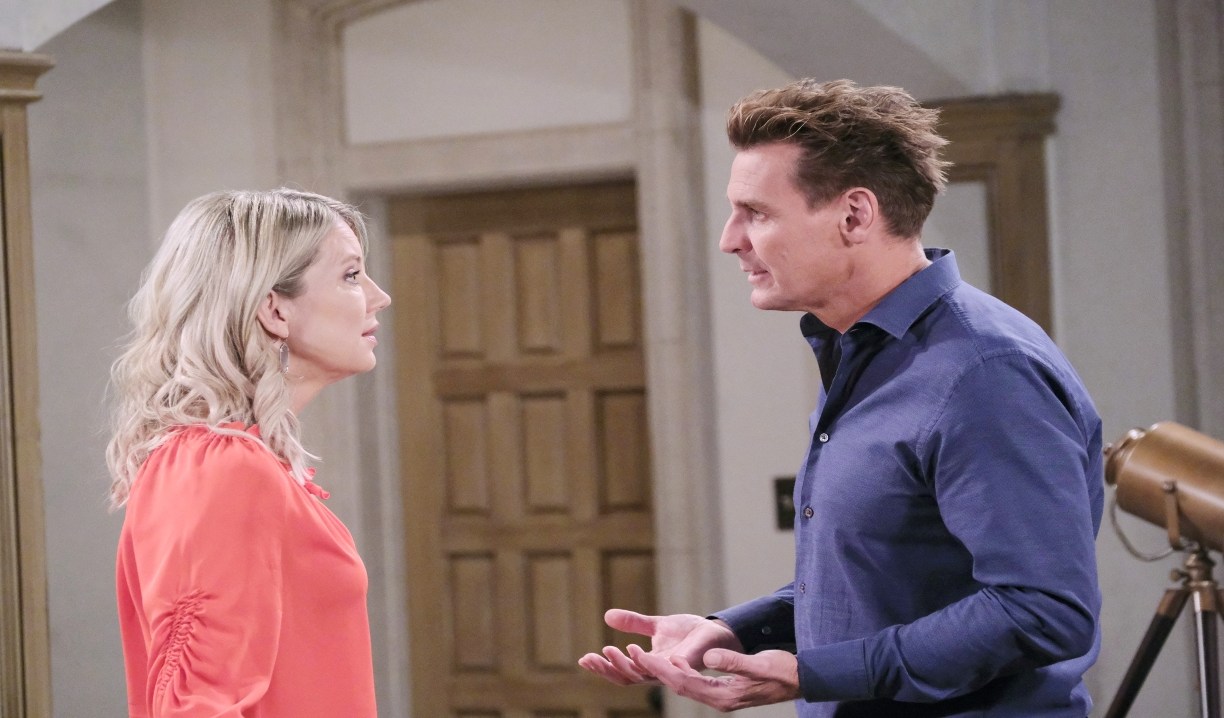 This week General Hospital saw more interruptions from the real-life drama on Capitol Hill, which was as frustrating of some of the episodes we were able to see. Sam’s sentencing was a joke, Nina’s waffling again, Brad is more annoying than ever, and how Nikolas hasn’t been spotted is absurd. However, at least Kim was sent packing.

I was eager in last week’s Deconstructing GH for Drew to dump Kim. Sadly Kim went out with more of a whimper than anything in regards to “Drew” telling her he was choosing to have the procedure. Then she turned around and lashed out at Julian for betraying her in the most horrible way ever, and reducing what she had done to mistakes made out of grief. And this is why Kim won’t be missed by myself and others. After Oscar and the real Drew’s deaths, and she ruined her relationship with Julian, there has been no point to Kim. Sadly her character left Port Charles tarnished and ruined.

BETRAYAL my ass! She cheated on him how many times and he still stood by her!

On my last nerve

As if the Wiley story hasn’t gone on long enough, Brad’s constant whimpering and whining are insufferable and watching it is like nails on a chalkboard. At least Lucas is starting to wise up that his husband is lying to him about something bigger than his lame excuse that Obrecht was blackmailing him over some pills. This entire story can’t end soon enough.

Sam being sentenced to two years in prison was a joke. Obviously, the powers that be aren’t going to leave one of their major stars in the slammer for two years. Perhaps she’ll pull a Sonny, save someone on the inside, and get a Governor’s pardon? It was at least nice to see Jason admit to Carly that he and Sam should have taken the kids into account before they ever started their pursuit of Shiloh. Carly told Jason he was going to have to cool it on playing superhero because he was the only parent the kids had now, a sentiment Monica also echoed to her son, was an interesting turn of events. Drew, when he was Jason, pulled out of the business for the safety of Sam and the kids, and now Jason is faced with making the same decision. Watching him tell Danny about his mom was heartbreaking.

Ned’s daughter Brook Lynn, played by Amanda Setton, returned to Port Charles just in time for the annual Quartermaine pizza fest. So far I’m liking Setton in the role, and General Hospital has been lacking in the bad girl department. Brook Lynn should shake a lot of things up. And soon she’ll be joined by the original Quartermaine bad girl as Jane Elliot is returning as Tracy Quartermaine for the holidays.

Nikolas running all over Port Charles and only managing to have been seen by little Charlotte has become laughable. In his latest outing, he made it all the way to Wyndemere, where she caught him again, and he claimed he was secretly hired by her father to be his bodyguard. But how the hell did he get to Spoon Island without being seen? He must have inherited murdering Ryan’s secret powers to move dead bodies all over Port Charles without being spotted.

Nina finally confirmed what viewers have been speculating, that she knows Valentin was behind the Sasha scam and now she’s planning to break his heart on their wedding day. Jax tried to talk her out of succumbing to revenge, and unfortunately, Charlotte’s kidnapping has her rethinking her plan and possibly forgiving Valentin. Given Nina’s history, it won’t be much of a shock if she’s reeled back in by Valentin and not wanting to give up Charlotte. Nina’s character is going nowhere right now, as it’s a pain knowing we now have to wait until New Year’s for their wedding to see what develops next with this story and possibly the codicil as well.

These are only my opinions. Agree or disagree, feel free to leave yours in the comments.

Michael Boulos: 5 Things To Know About Tiffany Trump’s Fiancé After She Announces Engagement