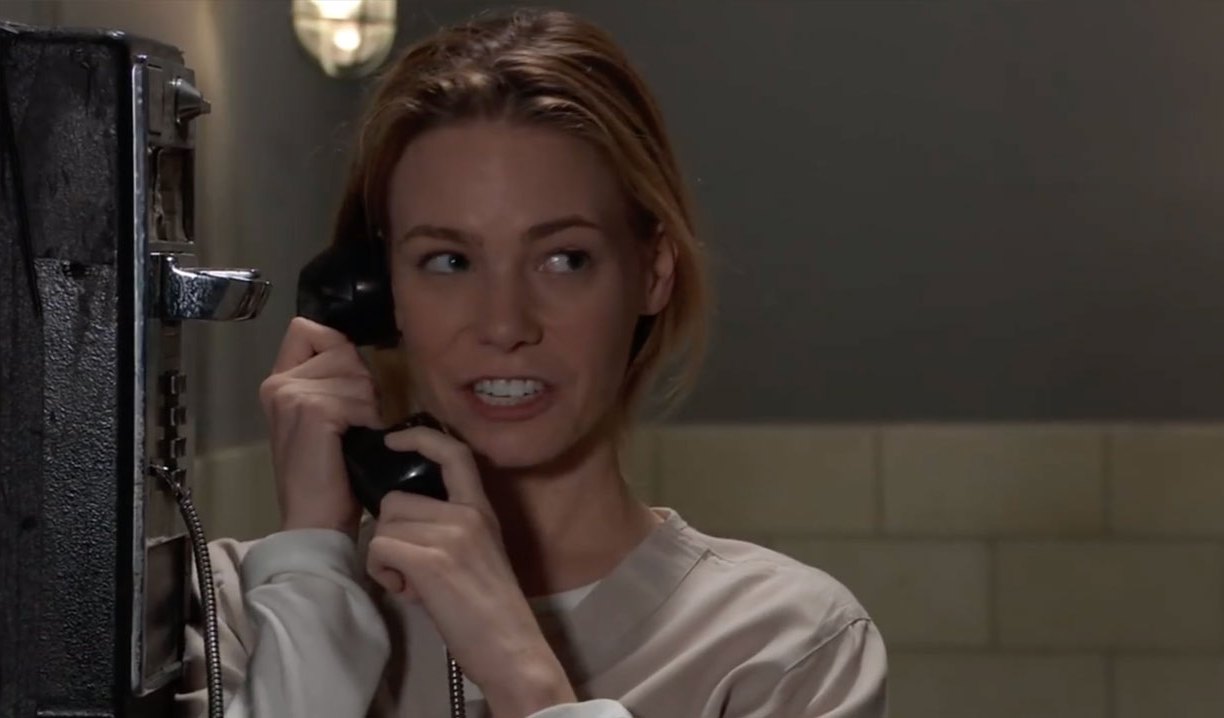 This week on General Hospital, viewers got a good look at the new Nikolas Cassadine, Lucas was paid a visit by his father’s ghost, Nelle was back with a big surprise, and everyone is still talking about Helena’s portrait.

I pondered whether in last week’s Deconstructing GH Nina was playing Valentin. This week’s episodes cinched it for me that she is. In her talk with Nathan at his grave, she mentioned that she wished he was there so she could explain what she was doing, and later when Valentin was feeling bad for not being able to find her real daughter she chided, “You’ve done plenty.” She’s playing him for sure, but what could her end game be? It would be great if she was also working with Nikolas, unbeknownst to everyone, or perhaps Spencer or Ava.

Many viewers are having trouble with Marcus Coloma taking over the role of Nikolas Cassadine. In Soaps.com’s poll on the new Nikolas, readers are evenly split between being intrigued by him, feeling he’s too young, and wanting Tyler Christopher back. Coloma is actually 41 years old, he’s just blessed with good genes and comes off very young looking. I’m giving him a chance to get used to the role, but am currently finding him a little soft-spoken for a Cassadine.

Cassandra ranting about the symmetry of the trees they were planting in the park being off and then smacking the prison guard upside the head with a shovel and escaping was hilarious. However her escape didn’t go as planned when she quickly realized Nikolas had made other plans for her instead of helping her flee the country, she jumped out of the back of his van and fled. Somehow with the town cops looking for her, she still managed to make her way to Kelly’s to snatch Charlotte. Oh, brother, the PCPD fell down on the job again.

It was a nice surprise to see Brad record his conversation with Julian to expose his games to Lucas, something soap characters need to do a lot more often, but it’s a shame to see the trust Julian has rebuilt with Lucas get blown to bits because of Brad’s secret. That they had Julian resort to blackmailing Brad to leave Lucas also seemed out of leftfield, but Brad has become an annoying whining pathetic tool, and his secret would have eventually blown-up Julian’s relationship with his son. It will be good to finally see Brad get what is coming his way.

Brad Maule returned as Tony’s ghost to help a troubled Lucas deal with his lying husband and father Julian. The scenes were touching, especially his brief visit to Bobbie, but I couldn’t help but think, “Why can’t Tony’s ghost tell Lucas about Wiley, Brad and Julian?”

Nelle, who the powers that be refuse to give the viewers a break from and let rot in jail, was back with a new bombshell. She’s married, her husband is dead, and she’s set to come into a lot of money. Many have deduced that she married Shiloh, probably to get to Wiley, and is now after his ELQ shares that Oscar left him, which will be how she sticks it to the Quartermaines. Months ago she did propose a way they could help one another, but then we saw nothing else about it. Frankly, the only reason Nelle needs to be on our screens at this point is to reveal the truth about Wiley.

Didn’t Chloe Lanier leave the show? I wish the writers would write for characters who are actually ON the show. Don’t get me wrong, Chloe is a great actress but it’s time she really leaves.

Last week Laura tipped Valentin off to the fact that something in Helena’s portrait could bring him down, and this week she turned to Robert for help with the painting. The entire town is going to know about the secret codicil before long! The characters talked on and on about the portrait possibly being at Ava’s gallery, but nobody went there to find it. By Friday Jax tried to trick Ava into confirming she had it, but she caught onto his game and admitted she hid it where they will never find it. Super slueths Jax and Laura are not! The downfall of Valentin and return of Nikolas is the best storyline the show has going right now, but as usual, they are dragging it out at a snail’s pace.

These are my opinions on the week that was on General Hospital. I love hearing yours, so leave them in the comments!