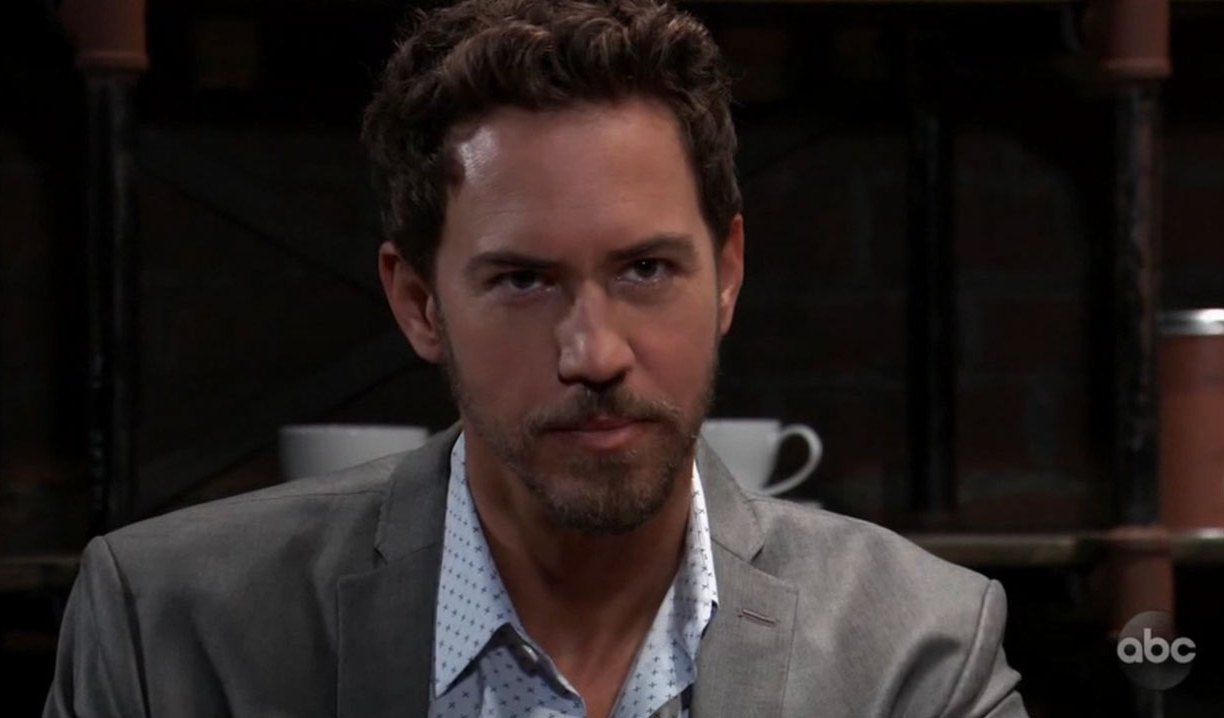 This week on General Hospital, Sasha’s secret was finally exposed, but not Valentin’s part in it. And Peter continued his downward descent back into villainy in a storyline that seems utterly pointless.

Let’s start with a positive

Oh happy day, the truth about Sasha has finally been exposed, even if only partially. Lulu didn’t hold her peace at the wedding and revealed Sasha’s scam. Sasha tearfully admitted she wasn’t Nina’s daughter, and while Nina’s heart was broken, oddly enough I found myself sympathizing more for Sasha. Sure she was a con from the start, but she really did grow to love Nina and Charlotte. And while everyone suspects Valentin is in on the deception, it hasn’t been confirmed, and both he and Obrecht are desperate to keep their hands clean. Sasha even went so far to claim it was all her, so that Nina wasn’t hurt further by the lie and could be with Valentin. Fortunately, Nina isn’t buying it. It’s long overdue that Valentin gets what is coming to him. If he slithers out of this mess then it will be up to Laura, Curtis and Hayden to bring him down with the codicil. And if Nina takes him back for a third time, whatever future heartbreak she has coming is of her own foolish doing.

The assassination of Peter’s redemption

I’ve previously ranted about the mind-boggling turn around the powers that be have done with Peter’s character. A year was spent trying to redeem him, endear him to viewers through Maxie and Anna, and now it’s all gone down the drain. Did they realize Peter and Maxie weren’t the hit they were hoping for? It’s confusing as heck. Not only has Peter plotted to kill Andre, and apparently took out Drew, but now he’s framing Sam for murdering Shiloh. I ranted in last week’s Deconstructing GH the framing of Sam was ridiculous. Spinelli quickly debunked the tape of Sam stating she would do whatever it took to kill Shiloh, but now Peter had his goon Bryce claim Sam hired him to break Shiloh out of jail. Who in their right mind is going to believe that after she testified against him and was a key part of getting him locked up? Furthermore, is anyone even enjoying this plot? Shiloh is still haunting us all from beyond the grave with this pointless story which is just aggravating. It should have ended with his death and Peter being exposed. I’m ready for Anna to return with the news that Peter is her sister’s kid and just be done with him altogether. Send him to Steinbower, please!

The new lawyer in town

Michael E. Knight returned to General Hospital as back as lawyer Martin Grey. He previously agreed to take on Nelle’s parole, and now he’s taking nutty Kim’s case to keep Dranco from being forced to undergo the memory reversal procedure. It seems like this veteran actor’s talents are being wasted in two storylines that few viewers care about. We recently polled whether our readers wanted to see Nelle released from prison, and the overwhelming answer was no! And crazy Kim is literally clinging to the memories of Drew, which have found their way into Franco, who isn’t Drew. Now they appear to be suckering Monica into testifying to save Dranco, which is a slap in the face to the real Drew who she had a relationship with.

The end to Friday’s episode, with Ava going to show Nina support with a bottle of booze, was unexpected. Stranger things have happened on soaps than former enemies becoming friends.

These are simply my thoughts for the week that was on General Hospital. Please leave your own in the comments.