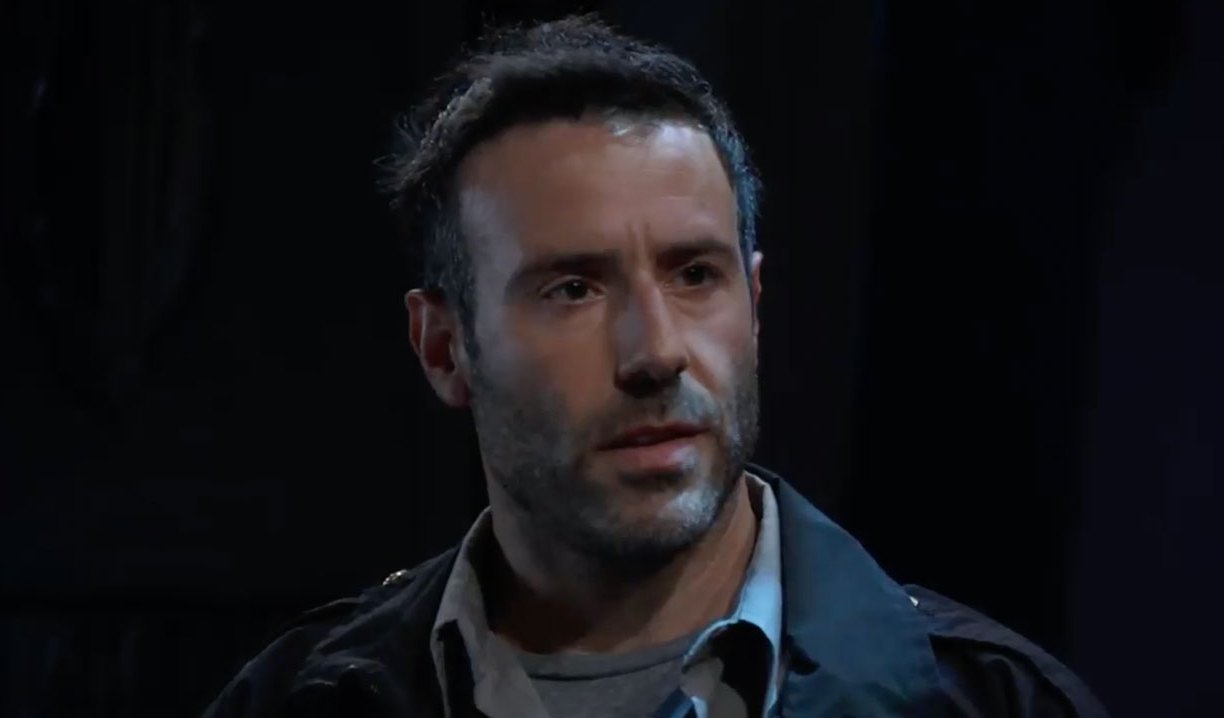 On General Hospital this week, Shiloh’s reign of terror finally came to an end, but his death has resulted in several secrets being kept safe from being revealed. His death was also a missed opportunity in the minds of many fans.

Shiloh finally met his maker when Sam shot him in the back with a flare gun on The Haunted Star and he fell overboard. In a shocking departure from soap opera deaths, his body didn’t go missing and was actually recovered and he appeared very much dead. However, every killer in every horror film always appears dead, until they come back to kill some more. This is also a soap, so I wouldn’t be surprised if his army of faithful followers are helping him fake his death. His death, while celebrated by a large number of viewers based on our recent General Hospital poll, unfortunately, means several secrets remain safe from exposure. His kidnapping Wiley would have been the perfect opportunity for the baby switch to be finally revealed, but now the powers that be can drag it out for another year if they want. Peter’s lame secret that he was Helena’s helper the entire time, and that he attempted to have Andre rubbed out and arranged Drew’s plane crash, is also safe. Though Spinelli is investigating Peter. Hopefully, Shiloh told his secrets, or some of them, to Nelle while in Pentonville, because the show seemed to make a big deal about them teaming up. And from the previews for next week, the nasty little Nelle is back and happy to meet someone. However, the biggest missed opportunity was killing Shiloh the way they did. So many viewers were expecting a classic murder mystery seeing most of the town had a reason to kill the cult leader.

They haven’t actually killed Shiloh, have they? I was really looking forward to a good whodunit mystery (At least 75% of characters have reason for killing him). Of course, knowing the writers, the mystery would drag on long after we care about it, so maybe this is best

He looked dead, but does any gh characters ever really die!

The name is Julian

As I ranted in last week’s Deconstructing GH, Kim has seeming lost her marbles in taking up with Dranco, and Julian learned of the affair in record time and dumped her. When he walked out on Kim, refusing to read her letter addressed to Charlie and telling her that his name as Julian, I got chills from how cold he was. But are they really through? Julian definitely seems hurt, and mentioned to Alexis he couldn’t live in the shadow of Kim’s great love, which was an odd thing for him to say to the great love of his life. However Kim was in an emotionally dark place, so with time perhaps their relationship will endure. With Alexis moving on with Neil, and the two having such great chemistry, hopefully, she won’t weaken and seize the opportunity to get into Julian’s pants. Of course, this is Alexis, and Jullian is her Achille’s heel, and there is still a devoted army of Julexis fans and the show knows that.

Though Liz and Scott successfully had Dranco committed, he remains determined to get on with his life as Drew no matter what they want. While this story has allowed Roger Howarth to show his acting chops, like many of the current storylines, it grows more and more frustrating the longer it drags on. Dranco seems to have little remorse for Franco’s life, which was taken away against his will. He also seems to show no struggle dealing with the reality that in his mind he is Drew, yet he’s biologically not Drew Cain. Finally, it’s irksome that nobody has explained his past with Franco, aka Bobby, when they were kids. Would he feel differently about his choices if he realized he is in the body of his adopted brother and Drew’s best friend?

These are only my opinions on the current episodes. I would love to hear your thoughts, so leave them in the comments.

Deconstructing GH: An Overload of...