Deconstructing GH: Too Many Secrets Being Kept With No Outcomes 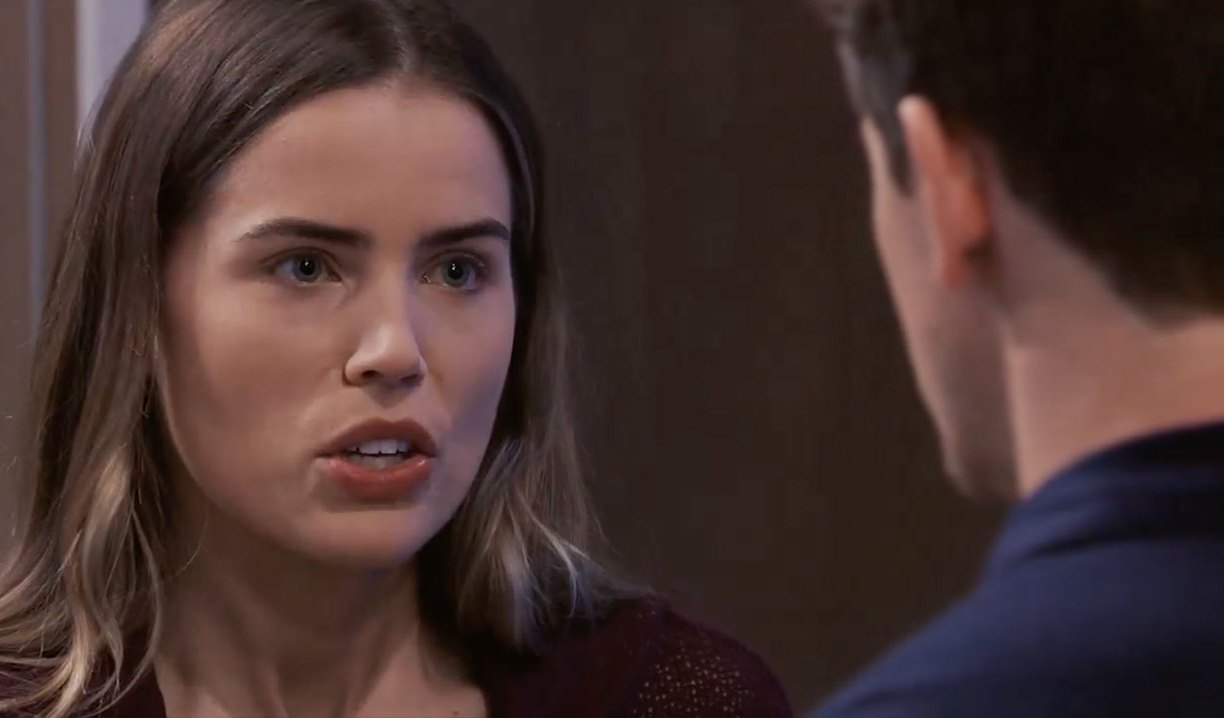 On General Hospital this week, the walls were closing in for several characters, and desperation drove them to dastardly acts. And there are still far too many secrets that are well past their due date and just need to come out.

I ranted in last week’s Deconstructing GH that Drew’s plane should have crashed rather than going missing. This week the remains of the plane were found and it was presumed there were no survivors. Jason is suspicious that Drew’s predicament is connected to whoever tried to have Andre rubbed out, and many realized this is beyond what Shiloh can do. Surprisingly nobody thought of Peter, seeing he has a past involving both of them. Also shocking was that Dranco wasn’t more upset over the news that his body is missing and presumed dead. This entire memory mapping story has become a mess that is better resolved as soon as possible rather than dragged out as the powers that be love to do with their stories on this soap.

#GH shelley seems to think she can hint at good stuff coming and folks will watch her 3-months of nothing happens story prep arcs. Should have listened to Uncle Ron…. pic.twitter.com/mo4BPpq9SQ

We saw the continuation of Peter’s downward spiral, making a call to someone about making sure Andre dies. Jason also warned Dranco that whoever went after Andre may come for him, and shockingly offered him protection. The Jason and Dranco scenes have been one of the few interesting things to come out of the memory swap. If Jason is right, and Peter goes after Dranco, it may actually be his downfall. It’s going to be hard to redeem Peter after all is said and done, or if the powers that be even plan to try to. Perhaps he will become just like his father, the next Faison and obsessed with Maxie.

Viewers knew it would eventually happen, and this week Julian figured out that Brad stole Nelle and Michael’s child. Julian finally seemed to be getting everything right, only to be dragged down by Brad’s machinations. When the truth comes out, and at this point, it just needs to, Julian and Sonny’s war will likely be reignited, and Julian will be back to square one. Watching Julian actually consider killing Obrecht was hard to bear seeing how far he’s come. He needs to tell Brad to do his own dirty work. Brad got himself into this, he should find a way out. Hopefully, Alexis’ parting works to Julian to continue being the man he’s become will help guide him.

Jax accepting Curtis’ apology for corporate espionage and agreeing to hire him to find the codicil simply because Hayden vouched for him was a little hard to swallow. But this is one storyline I am enjoying because Valentin’s downfall is another plot point that’s long overdue. Given the storyline involves Helena, it’s only right that Laura gets involved and teams up with Curtis. But why on earth would Helena hide the codicil which would keep Valentin from inheriting the family fortune? A move she had to have known could also hurt Spencer. That is baffling me.

For weeks now Sasha has been saying she has to come clean with Michael about her past, and at the very end of Friday’s show, she began to, only for us to be forced to wait until Monday. From the previews, it appears she really does tell him. One can only hope it’s not going to be all in her head and she’ll chicken out. The trope of playing out a major reveal over an entire episode, only for it to never really happened, needs to go.

Obrecht has been one of the saving graces of the past two weeks. Last week her parading around the hospital in a lab coat as part of her game, so she said, to terrorize the staff and hopefully push Monica to give up and let her stay was hilarious. But this week, when she revealed she’d been temporarily banned from The Floating Rib for snatching a drag queen’s wig during an altercation at drag bingo, was priceless.

These are only my thoughts on this week’s shows. Please leave your own in the comments.

Deconstructing GH: A Week of...

Deconstructing GH: An Overload of...