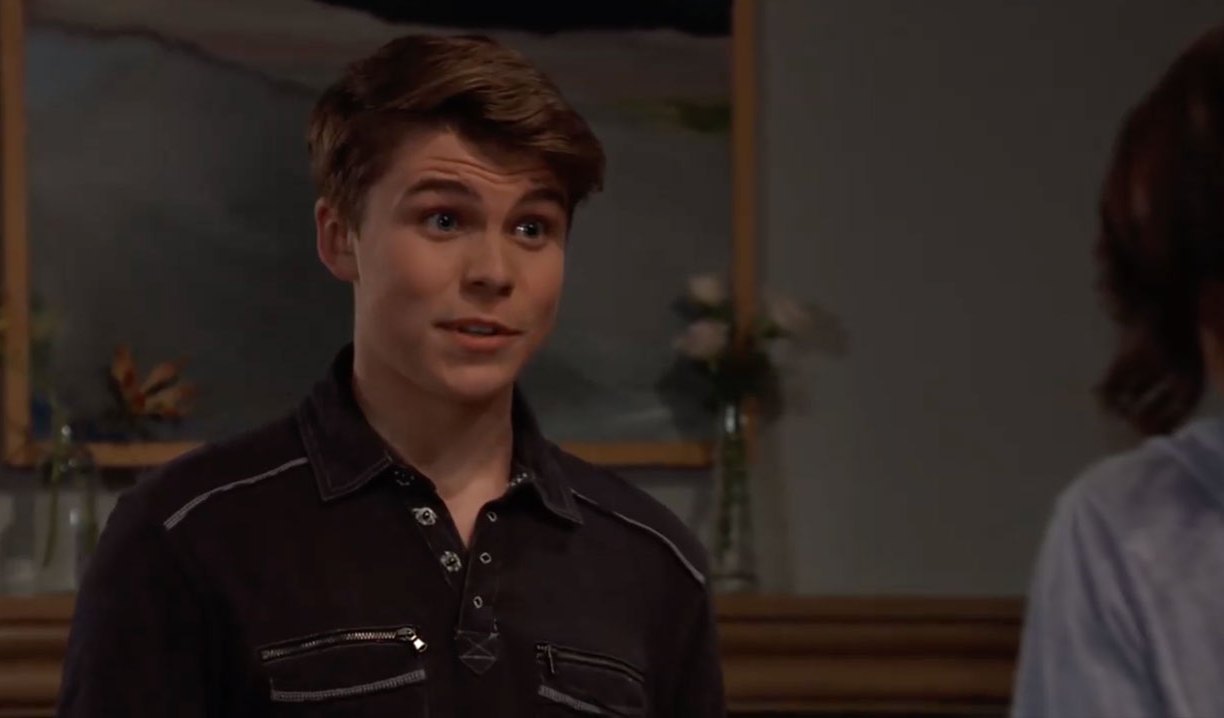 This week on General Hospital, Franco maintained he was Drew Cain and had no desire to return to being a reformed serial killer and artist, Sasha was diagnosed, and the hunt for Cassandra Pierce was on again. Oh and we finally know what Jax and Hayden are after!

Sonny and Carly decided to try and go for a record number of weddings and renewed their vows amongst family and friends. It was a sweet episode, but it was Avery who stole the show when she wondered who Caroline and Michael were during Carly’s vows.

More: Photos of GH actors at the Emmy Awards celebration

Finn figured out that Sasha had contracted a rare form of the bird flu, which was just as much of a shock to most of the residents of Port Charles as it was the viewers, because who gets the bird flu anymore? Nina quickly deduced, thanks to a texted photo, that Cassandra was behind Sasha’s illness. As absurd as this story is, I’m hoping it will somehow lead to the revelation that Sasha is not Nina’s daughter. Otherwise, I’m not seeing the point of it. And with all the coughing Sasha’s been doing, she could at least cough up the truth seeing she’s being faced with her own mortality and you’d think she’d want a clear conscience.

Nah. I’m expecting the truth to somehow come out as Nina’s walking down the aisle to marry Valentin

We finally learned that Hayden and Jax are after a possible codicil to Mikkos’ will that could prove Valentin is not the rightful heir. Between this, and the Sasha mess, it really seems everything is headed towards Valentin’s life getting completely blown apart. Too bad most viewers would rather see this happening to Shiloh first! I am wondering if they are working to give the fortune back to Spencer, or someone else? Nikolas continued to be mentioned here and there, and we still don’t know why Jax had that file on Cassandra unless Nikolas is the Cassadine who has been helping to keep her under the radar. After all, she hates Valentin as much as he does.

Jordan hiring Mac as Chief of Detectives might be the smartest and best decision she’s made as Police Commissioner. I am looking forward to more of Mac on the show and of the Scorpio brothers working together. Maybe it will help get the stick out of Robert’s butt and loosen him up!

More: See GH stars at the Pageant of Masters event

Franco, er Drew, has declared he has no desire to return to his former life and wishes to remain Drew Cain. I have been enjoying Roger Howarth getting to stretch his acting chops in this role, but already want the story to be over with. The pain Liz and Cam are going through is heartbreaking, and Cam’s scenes have been so well acted by Will Lipton. We have yet to see how Jake will take the news, and I’m sure it will be equally devastating to watch. Oddly though, Jason is the one person who understands what Franco/Drew is going through, and it’s been interesting to see him sympathize with the body of the man he hates so vehemently.

Alexis getting busted looking at Neil’s online dating profile, and his username of Byrnebrain, was probably the highlight of the week for me. I adore the chemistry between these two and am looking forward to seeing where things go.

Kendra with a K

So out of nowhere appears Kendra, a personal trainer who seems obsessed with Alexis. She is also who Shiloh obviously sent the information about Kristina’s phony pledge too, as she was looking at old articles about the accident with Kiefer. I’m guessing based on the names alone, she’s his sister and the powers that be are going with the classic “sister comes to town to avenge their brother’s death” tired trope.

I noted in last week’s Deconstructing GH that Peter was backsliding in agreeing to help Shiloh to keep his secret. Now Curtis seems to be playing fast and loose with the law out of desperation. He was busted by Jax, and accepted a new job from Valentin to find and turn over Cassandra to him. Curtis has always straddled legalities, and it cost him his job as a cop in the past. Now it feels as if his character is being set up for a big fall to come. Jordan has warned him too many times that he’s playing dangerous games.

These are only my opinions on this week’s shows. Please leave your own in the comments.

Deconstructing GH: A Big Reveal, and...

Deconstructing GH: A Week of...