Deconstructing GH: A Big Reveal, and a Big Exit, Both Big Letdowns 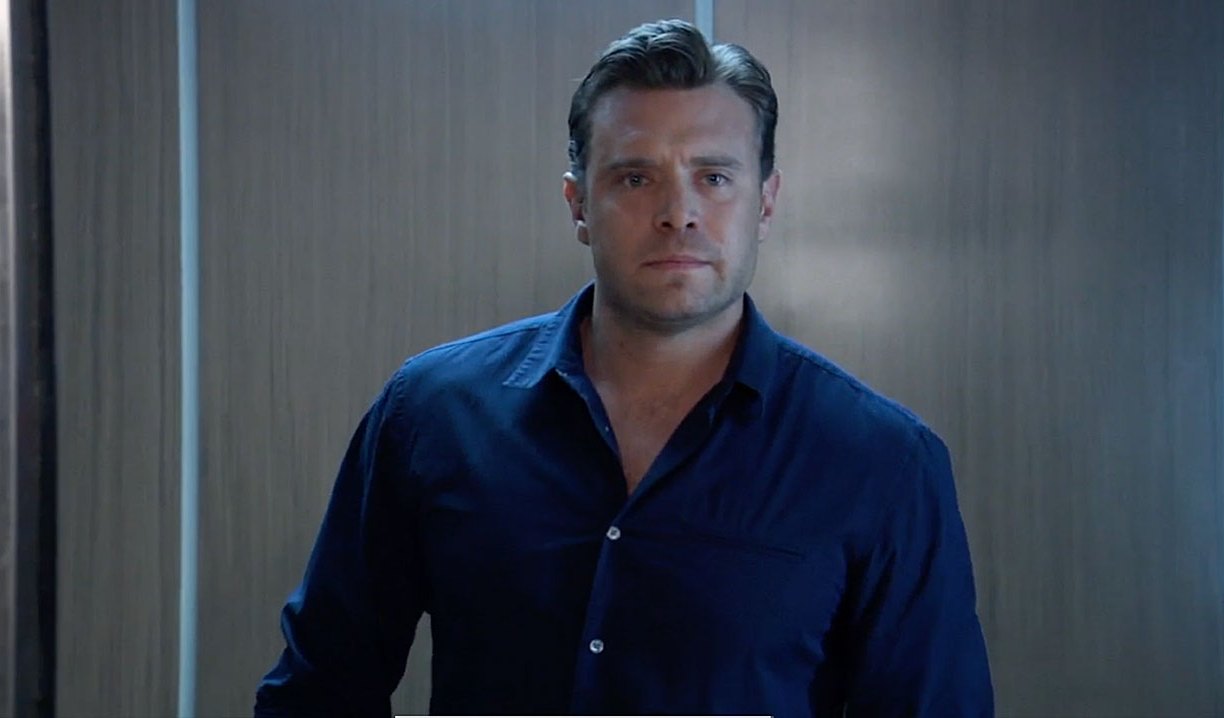 This week on General Hospital, the Dranco memory nonsense continued, a secret that didn’t really seem to be a secret was used as blackmail and Drew left town and his character has gone full circle.

It’s been another week dominated by the Franco/Drew switch, but fortunately, Curtis tracked down Andre who can hopefully fix this. I noted in last week’s Deconstructing GH Drew could finally get answers about his past, which was one of the few good things to come of this story. He actually did sit down with Franco, er himself, but they talked mostly off-camera. We the viewers got no answers! At least Drew hopefully got some closure. In time maybe Franco will disclose details of Drew’s past to the viewers.

So Drew/Franco revealed that Tex hid the million dollars in his old car, which naturally happened to be the exact car Drew bought for Oscar. As Drew explained to Liz, he’s been having feelings about things connected to his past, and he felt he had to buy that car. Yeah, sure, okay. Even if he did, are we to believe the money sat there and was never found? Franco/Drew was intent on returning it to the people of Afghanistan so they could do good with it, but instead Drew offered to do that in order to keep Franco in town. Since the past few weeks have been a test in how much viewers can overlook reality, I just won’t even begin to question how Franco and Drew felt it was up to them what to do with the money, which was gained by selling someone else’s property illegally, and is evidence in another crime of Shiloh’s. No, I guess let’s just overlook that! But just like that, Drew was gone. In a way it’s brought his character full circle, returning him to where he lost his old life. Hopefully, they will recast the role and bring him back, but they could easily claim he was killed over here. Many viewers were in disbelief in such a casual send-off.

Nah that’s not Drew’s final exit.
He’ll be back.
No way they ending it like that. He ain’t even say bye to anybody.#GH

Wait, that was a secret?

This week we discovered how Helena acquired Drew, and that was thanks to Shiloh, which many viewers already guessed. But Shiloh used another piece of information to hopefully help gain his freedom from prison. Peter, aka Henrik, was also there and working with Helena, managing the plot to acquire Drew and Jason for her super-soldier experiment. Shiloh is threatening to tell this to everyone in order to force Peter to help him. Is this really a secret? We and everyone already knew he was working with Faison on this, and Faison was working with Helena. So by connecting the dots, this isn’t exactly shocking or breaking news. Unfortunately, Peter should have told Maxie as he almost did, but after she told him that she loved him, he panicked and agreed to help Shiloh to keep this “secret.” And how is Peter supposed to get Shiloh out of prison? Though things always go Shiloh’s way, so it will likely happen. Peter also made a call to someone to make sure Drew didn’t find Andre. Come on Peter, you are backsliding. This is only going to result in having to listen to cranky pants Robert gloat that he was right about Henrik all along.

Last week I discussed it would be a mistake to have Lulu move on so quickly from Dante, but that it was apparent the powers that be were setting up a new romance between her and Dustin. Thanks to Maxie’s plotting, she got Lulu and Dustin together this week. The two are cute together, and so far have good chemistry. Hopefully, though they will take things slow. And Dustin being a high school teacher I imagine will end up involved in plots with Joss, Cam, Dev and Trina before long.

Divorce has been final literally a day & she’s already being encouraged to date?! What is the damn hurry. I realize it’s a soap, but can Lulu & her kids adjust before bringing another man into the picture? I get moving on is inevitable, but lets keep it realistic please. #GH

We finally got some answers about Hayden and Finn’s missing child. Since she returned to town Hayden hasn’t spoken of her whereabouts. But someone is taking care of their daughter, as revealed when Hayden called her to speak with her. They really need to hurry and bring the kid on, because it seems unrealistic that a parent would be so casual about being separated from their child at such a young age. Then again, the show has really been challenging reality lately.

Monica telling Finn to take a walk in the sun because he looked like a vampire was a nice nod to Michael Easton’s Caleb character on Port Charles.

These are simply my opinions on this week’s episodes. Please leave your own in the comments.

Deconstructing GH: Enough of the...